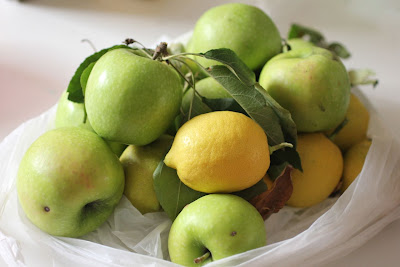 Kitchens tell stories.  That is why we love to peek inside.  While I don't seem to have many fancy foods in my kitchen lately, I still have food and stuff to share with you.

In my kitchen are reminders of my mum and dad who have headed off on holiday this week.  Above are apples and lemons from my mum's trees.  I am thinking about cooking the apples but still not sure what to do with them.  I am glad to be able to use some of the lemons while my parents are away, particularly as our lemon tree is not being very productive right now. 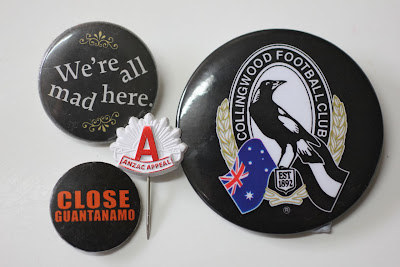 In my kitchen are badges.  My dad's contribution to the kitchen is the Collingwood Football Club badge.  Strangely enough he could only find Collingwood badges and not  my nominal team, The Cats.  Sylvia is not as steeped in football culture as her cousin Cooper.  She thought the magpie on the badge looked like an emu.

The other badges are an ANZAC badge bought for ANZAC Day, an old Alice in Wonderland badge bought from the Potter Gallery and an old protest badge from the days of George Bush, John Howard, David Hicks and Guantanamo.  I don't know how the Gitmo badge is still around and I wish I could find the Domestic Goddess badge that used to be blu-takked on the wall. 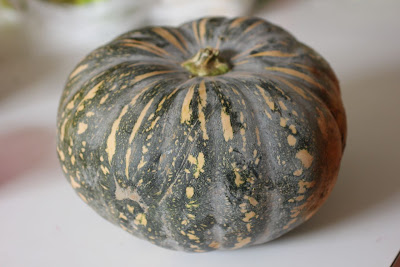 In my kitchen is a whole kent pumpkin.  I usually buy it is wedges.  It is hard to get a sense of size from the photo.  For those who are wondering, I guess it is about as big as my head.  Half of it has gone into lasagne.  Perhaps the other half will become soup. 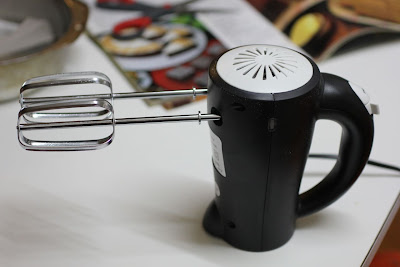 In my kitchen is a new set of electric beaters.  My old beaters died recently.  Well they were misbehaving.  They had trouble turning off.  And no one wants electric beaters whirring away when they shouldn't be.  I went down the street and bought the cheapest beaters in the shop.  For a mere $24.  Not as pretty as my old ones.  (I am not keen on the black look!)  I hope they last as long.  They come with dough hooks.  I've never used dough hooks before and wonder how effective they would be on such cheap beaters. 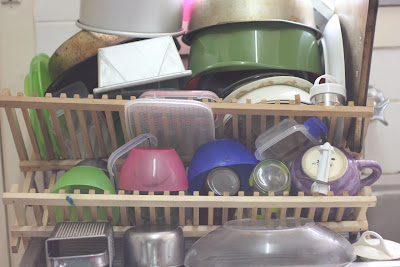 In my kitchen are the dishes.  Always.  Piled high.  Our poor dishrack has seen better days.  One of these days it will just collapse.   I think our dishwasher feels like that sometimes.  (Sorry for all those dishes, E.) 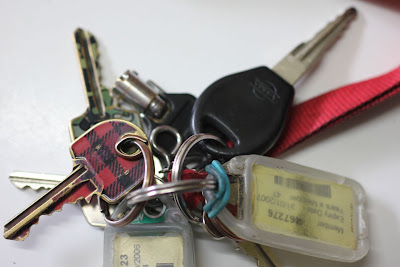 In my kitchen are my keys.  I constantly lose them.  Despite my best attempts at finding them a regular spot.  Last week I lost them.  I could remember the last time I had them.  I looked in that bag.  E looked in the bag too.  We looked everywhere else.  In despair I looked back into the bag where I last had them.  There they were. 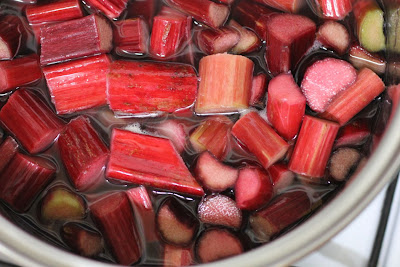 In my kitchen is rhubarb.  This is the rhubarb that went into my stewed rhubarb.  The colour is so pretty.  I liked it so much, when I finished it I bought stewed some of the last plums of the season. 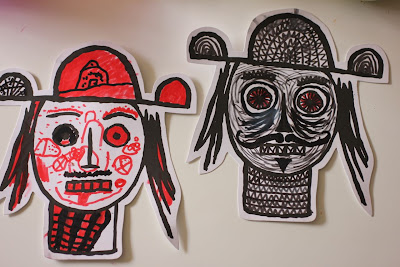 In my kitchen are masks that Sylvia and I decorated at the art gallery on E's birthday.  They relate to an exhibition of masks by Aleks Danko.  Apparently he wanted them to be coloured in with only black and red.  Fortunately Sylvia loves red because it is so close to pink.  Can you spot the house and the monkey she drew on her mask? 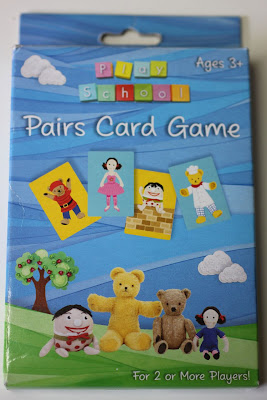 In my kitchen is a pairs game with characters from Playschool.  I used to watch this tv show when I was a kid.  It is amazing that it is still going.  Noni, Lorraine, Benita and John are replaced by Justine, Karen and Alex.  It still remains fairly true to my memories and I still want to do all the crafts that they do.  Sylvia loves playing Snap with the Playschool cards.  Often we play a game after dinner before she goes to bed. 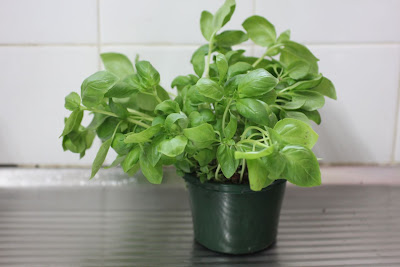 In my kitchen is a small pot of basil that I bought from the supermarket.  It is small enough to fit on the windowsill.  I've remembered to water it regularly.  The bunch has lasted almost 2 weeks and I still have some basil.  Far longer than it ever lasts in the fridge.  I will definitely buy it this way again. 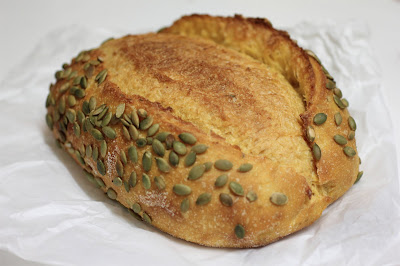 In my kitchen is a lovely pumpkin bread.  Actually the last dried heel of it went into the food processor for a nut roast.  The bread is from the Rustica Sourdough stall at the Fitzroy Market.  It is a great new addition to the market but between markets they can be found at the Alexandra Parade end of Brunswick Street. 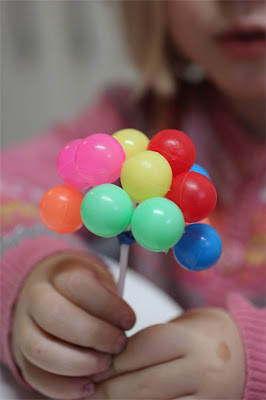 In my kitchen are balloons. Not the kind you blow up (though we probably have a few of those around).  These are meant to decorate a cake.  Sylvia and I were in Cake Deco in the city before meeting my friend Jane at Gekkazan@GPO.  We were late because Sylvia left her bag of little and tiny things in the shop and we had to go back for it.  She is besotted with her balloons.  They are just dolly-size.

I am sending this post to Celia for her In My Kitchen series.  Go there and peek into other people's kitchens.
Posted by Johanna GGG at 21:26