How purple was my green smoothie! 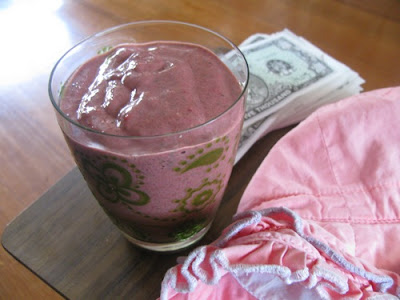 I was at the Vic Market yesterday and raspberries were ridiculously cheap - 2 punnets for $5. I bought a couple of punnets, albeit with some wariness. I have bought cheap berries a few times, popped them in the fridge and found them unusable within a day or two. These ones went straight in the freezer and were bound for a smoothie. I've been making smoothies lately and am posting this one as an example of the sort of combinations I've been enjoying. 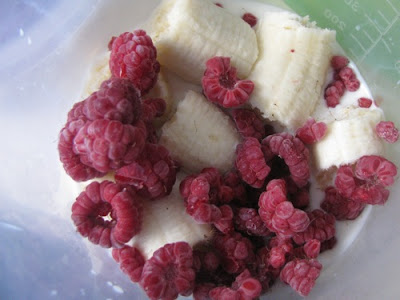 I had never heard of a green smoothie before I started blogging. I am still not quite sure what it is. I think a handful of green leafy vegetables makes it green. If this is the case then mine was a green smoothie. I added a handful of baby spinach as well as some LSA (ground linseed, sesame and almond) for a nutritional boost. I always thought the green colour of spinach was quite strong but in this case the raspberry red dominated. 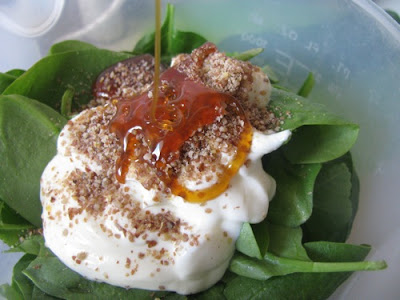 I think Sylvia was pleased because she kept asking if I was making a "purple foovie". She seems to think purple is the only colour smoothies I drink. Apparently dolly likes smoothies so I give a little to Sylvia to share but she wont have any. She also has taken to asking for yoghurt and not eating it. 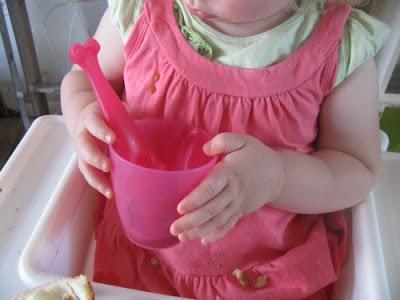 The smoothie was a lovely deep purple colour and slightly tart. I had added some malt syrup but it is not very sweet and I wondered if a little more was needed. There was only a few dribbles of milk in the fridge or it would not have been quite so thick.

I thought I would share a little extra green to this post. Sylvia has a little bite on her foot so we have been using some of our aloe vera plant on the swelling. One of E's friends gave it to him ages ago and we haven't taken much notice of it but it works a treat on Sylvia's foot. 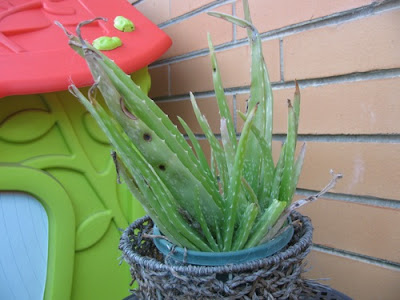 1/4 - 1/2 cup of milk, depending on how thick you like it
125g punnet of raspberries, frozen
1 banana, chopped
1-2 handfuls of baby spinach
1-2 dessertspoons of plain yoghurt
1 tbsp malt syrup, or more sweetener
1-3 tsp of LSA

Blend all ingredients - I put mine in a tall plastic jug and use a hand held blender. Enjoy.

On the Stereo:
The Best of: Leonard Cohen
Posted by Johanna GGG at 20:25