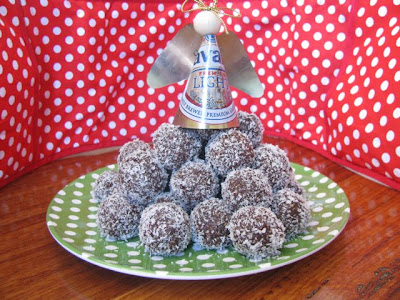 Ah blogging! Isn't it wonderful! Not only do I meet lovely people through blogs but last week I got to share food with them and when I was too late to know who made what, I was able to find out later by reading Steph's post on the vegan potluck picnic. I will tell you about the quiches and truffles I made but I recommend you check out Steph's gorgeous foodie photos if you want to know about the full meal. 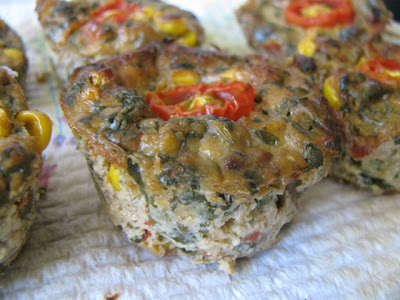 Cindy kindly invited me and I was happy when I was able to go. It was to start at 6 or 7pm which was when we would be feeding and bathing Sylvia, plus E had a cold, so I went alone. Although I have met with bloggers on a few other occasions, this was my first experience of cooking for other bloggers, and it had to be vegan. It felt a little scary but I have read enough to know food bloggers are forgiving people who make great food and the odd mistake. Besides, I make plenty of vegan food. 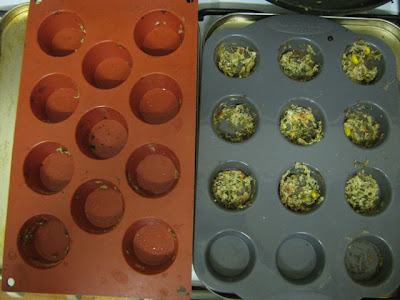 However, I will readily admit to being one of the food bloggers who makes the occasionally mistake. We all know that when cooking for others, we should stick to recipes we know are failproof. But where is the fun in that?

I chanced upon a recipe from FatFree Vegan Kitchen for Mini Crustless Tofu Quiches. It is one I have wanted to make for ages because I thought it might be a good idea for my sister with celiac disease. They might also suit those on a low-carb diet.

I was hopelessly disorganised. The day before the potluck I went to the local health food store because I had run out of nutritional yeast flakes but they were closed for the Boxing Day holiday. Fortunately I had also fancied trying Ricki's Egg-Free Quiche with Millet Crust (luckily I had bookmarked it because I couldn't find it on her index - must be the one that got away!). 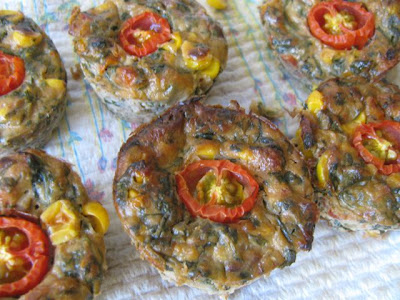 So I created the quiches with inspiration from these two recipes. I suspect I might have had better luck following either recipe closely because mine were a little more moist than I had planned. You can see above that half of them stuck to the silicone moulds. They tasted good but next time I would like them firmer. Perhaps more cornflour, less milk or firmer tofu might help. I did like the cute little cherry tomato slices on top. I have written what I did below but it is a work in progress recipe. 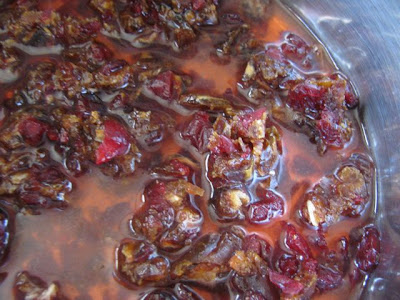 Concerned about these mini quiches, I decided I needed another dish. Fate directed me to Kristy's Almond Fudge (she is formerly of Kblog but now at a new home called In the Mood for Noodles). Dates and almond butter rolled into truffle-like balls, these were a cross between Ricki's Chocolate Cashew Truffles and her Cocoa Nibbles. I then saw the dates should soak overnight in soy milk. Bah to that on the morning of the picnic! I decided to gently heat my dates in cranberry juice and add some dried cranberries. I was tempted to also add some orange zest and cinnamon but didn't have the time for hard decisions on flavourings.

These cranberry almond truffles were excellent. Lots of chocolate flavour, a little fruity and lots of coconut and nut texture, they were like a grown-up vegan gluten-free version of grubs. I can give no higher praise. I took some leftovers to Geelong the next day and my mum and sister Chris loved them but they were quite rich for my sister Susie and for E, so you have been warned. 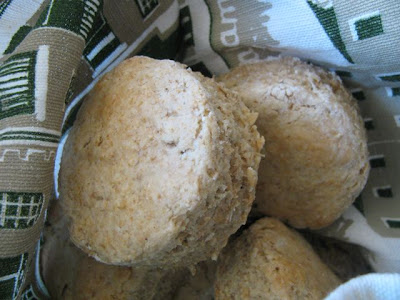 Cindy had suggested the starting time was between 6 and 7pm. To me that means I can leave at 7. Sylvia decided to be on a late schedule and slept at 5pm. I had tried to get her to sleep earlier but it took me, E and Zinc all sleeping on the bed with her (and a bit of guitar and feeding) to get her down. When I rose I decided we were so low on bread I should make scones and that I needed to make a quick pumpkin and lentil puree for Sylvia.

I wanted a quick scone recipe with oats. The one I found said to soak the oats for 30 minutes but I only did it for about 15 minutes and the scones were a tad heavy. Sylvia cried when we tried to feed her the puree so I might as well have skipped the scones and puree and got there earlier but you can only try. 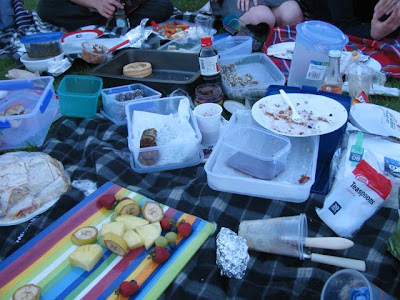 By the time I arrived at the picnic it was after 7 and the feasting had already been going for some time because most people had started eating at 6pm.When I arrived, Cindy kindly served me some of her amazing combination of savoury avocado and tomato icecream with corn chips (nacho sundaes?). I enjoyed sampling Bec's nutty filled vol au vents, Toby's sushi and polished off Kristy's amazing chickpea and smoked tofu pate. By then desserts were calling me. Lisa's hedgehog, Danni's version of these oreo truffles, Kristy's cheesecake truffles and Tahn's chocolate banana bread filled me with chocolate happiness. I was grateful for Tahn's fruit platter to give my arteries a breather. Sadly, I didn't even get to the drinks and the corner with Carla and Vicki's food. Never let anyone tell you that vegans can't eat well!

It was great to meet the people behind the blogs I love to read. I find a large group overwhelming and didn't manage to talk to everyone but I had some good conversations and felt very welcome. Even Lisa's cute little dog Kimba came over for a snuggle. It was a lovely balmy summer's evening for meeting up in Princes Park, my old stomping ground. I managed to leave my sunglasses behind, almost destroyed Toby's ipod speakers and left with a few mozzie bites but I really enjoyed spending time with fellow foodies and bloggers.

Almond, Date and Cranberry Truffles
adapted from In the Mood for Noodles
makes lots (at least 30)

Finely chop dates and cranberries. Place in small saucepan with cranberry juice and bring to boil. Simmer gently for about 3 minutes or til fruit is softening and most but not all juice is absorbed. Cool slightly if you have time. Stir in almond butter, cocoa and coconut to make a stiff mixture. Roll into balls about the size of walnuts and toss in extra coconut.

Heat oil in a frypan and fry onion on low heat for about 10 minutes. Add garlic, corn and thyme and fry for another 10 minutes. Add spinach and cook another 2 minutes or until it is just wilted.

In a small bowl or mug dissolve cornflour in soy milk.

Add vegetable mixture and cornflour mixture to the tofu mixture and stir to combine. Spoon into mini muffin trays. I made about 20 but you can make them a bit bigger and have less. My mini muffin trays are silicone so I didn't grease but as they stuck to one tray I wonder if I should have lined them with paper cups. Push a cherry tomato slice into the top of each quiche so the sides of the slice are submerged in the mixture and only the top can be seen.

Bake for about 30 minutes at 190 C. You can eat them hot but they will need to sit for 10-20 minutes and even then will be very soft. I put mine in the fridge overnight and found they held together a bit better that way. We ate them cold but I think they could be rewarmed in the oven.

NOTE: I didn't have time to soak barley so I used another ½ cup rolled oats but would like to try this with pearl barley. Instead I used ½ cup barley flour instead of the wholemeal flour. I also used margarine and soy milk (getting in the vegan potluck vibe). I only soaked the oats 15 minutes and the scones were a bit heavy but will report back if I get to try these again.

Preheat the oven to 200°C. Sift together the flours, baking powder and salt into a bowl. Rub in the butter until the mixture resembles fine breadcrumbs (this can be done in a food processor). Using a knife, gently mix in the barley mixture to form a ball of dough (add a little more milk if the dough doesn’t come together easily).

The less this dough is handled the better. Turn out on to a floured board and gently roll out to a 1.5cm thickness. Cut out circles using a 6cm scone cutter. Gently knead the off-cuts together and roll out again to cut more scones until you have used all the dough.

Place on a floured baking tray (I greased mine). Bake for 10-12 minutes until cooked. Cool on a wire rack.

On the Stereo:
From the Witchwood: the Strawbs