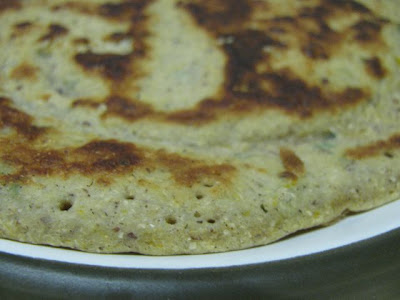 I was excited to see Sea making Millet Tortillas recently. As you might have noticed on this blog, gluten free family and friends make me interested in GF recipes. This recipe caught my attention because I have tried millet flour and failed to appreciate it. So it seemed a good way to use it up. Then I noticed her link to Karina’s vegan and gluten free Millet and Buckwheat Tortillas. Even better because I could make the millet more palatable with buckwheat flour, which I love. 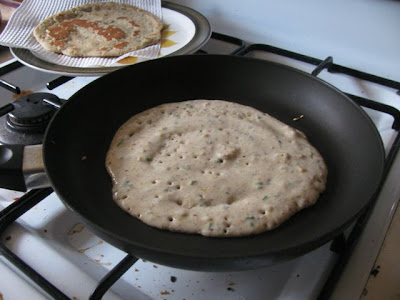 So began my GF tortilla adventure last week. Karina at Gluten Free Goddess does lots of interesting GF recipes but they are often full of flours and xanthum gum that I don’t have in my pantry. What is really helpful on her site is this cheat sheet on Gluten Free Baking Substitutions. I read it after using GF flours for a while and suddenly the penny dropped and the pieces fell into place. It explains about heavy and light flours to make it easier to subsitute. 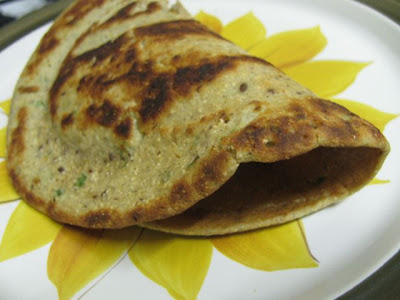 As well as xanthum gum, Karina uses a lot of sorghum flour. I have never tried it but I already have enough other flours to dissuade me to bring yet another into my collection. So I used soy flour instead. Rather than using egg replacer, I used ground flax seed (linseed) and also put in some potato and pumpkin mash leftover from Sylvia’s dinner. I think this made my tortillas a bit thicker than Karina’s. Perhaps in future I might add a little more water. I altered the flavouring slightly too. I have never made tortillas before and found these quite similar to pancakes but denser. 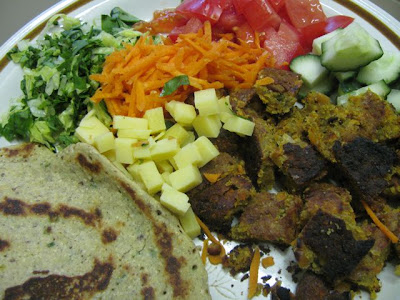 I was making dinner late as usual. E was calming Sylvia. When the first tortilla came off the frypan, I tasted it and was amazed at how good it tasted. So good that I ran over and gave a piece to E to try. He was also impressed. I can see why Karina says you could just eat these by themselves. We had them with salad and chickpea burgers. Karina called these gluten free wraps and I had intended to wrap chunks of burger and salad in the tortillas but mine didn’t bend quite as readily as hers. They were pretty flexible but broke upon being rolled up - possibly as a result of being thicker. 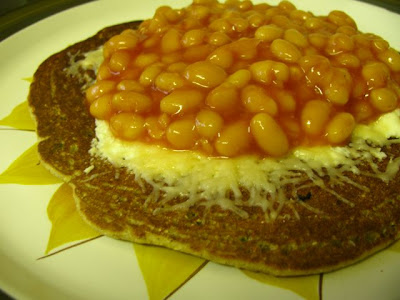 I took note of Karina’s suggestion that any leftover should be frozen. Last night at the end of a busy weekend, I took the last couple of tortillas straight from the freezer and warmed them under the grill (broiler) and put some ricotta and parmesan cheese on the second side. I served them topped with baked beans. They were excellent. I am pleased to finally find a way to use up my millet flour and will be making these again.

Mix dry ingredients in a medium mixing bowl. Whisk in wet ingredients until it looks like a thick pancake batter. I left mine for 30 minutes but am not sure if this makes any difference as Karina didn’t.

Heat frypan with a little butter or oil – I used a silicone brush to brush on margarine but other times I have used paper towels to brush oil or butter on lightly. Karina says when a drop of water sizzles and bounces off the surface, your griddle or pan is ready. I just feel the heat by hovering my hand over the frypan and expect the first to be a disaster like when I make pancakes.

Drop half a cup of mixture onto frypan and use the back of a spoon to spread it out as thinly as possible till it is about 6 inches in diameter. Cook 1 minute or until bubbles appear and the batter is almost cooked. Flip it over and it should be golden brown. Cook another minute and there should be brown spots on the other side. (If these colours don’t appear you may need a little longer to fry it.) Keep warm on a plate covered in foil and repeat the process til you have used all the batter.

These are best eaten fresh. Serving suggestions – eat with a salad on the side, with cheese and chutney on top or covered with baked beans or chilli non carne and guiacamole. Leftovers can be frozen with parchment paper between them and reheated under the grill (broiler).

On the Stereo:
The moon lay hidden beneath a cloud: self-titled