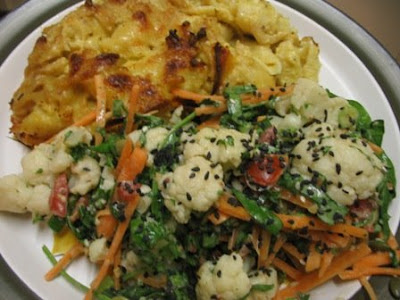 I spent last week in Darwin and was glad to get home. I didn’t eat as badly as I sometimes do when away from home but it is nothing like eating home-cooking. I had Thai stirfry on the Wharf one night, vegies and tinned soup in my room another and the hotel’s pizza on the last night. But the culinary highlight had to be the warm choc chip scones with jam and cream which we had for morning tea both days of our meeting.

Flying to Darwin, I did what I think is a first for me. I bought a novel at Melbourne airport and finished reading it just before the plane landed in Darwin. Not bad for about four and a half hours of flying plus sitting around in airports. (These days it is difficult to get a direct flight from Melbourne to Darwin unless you want to fly overnight.) I enjoyed escaping from the people with no idea of personal space, the chirpy air stewards, the bad food and the anticipation of a few nights staying at the airport hotel for a planning meeting. It made me realise why people buy novels at airports.

The book was one I found on the new releases shelf and had never heard of before. It is called Before I Wake and is the first novel by Canadian writer, RJ Wiersema. The novel is about a little girl in a coma whose parents make the difficult decision to turn off the life support but she continues to live while not waking from the coma. It is an engrossing story about how this affects the lives of those around her. I don’t think it is spoiling the story to reveal that it has some great scenes in a library (I was going to link to Amazon but I think their review does give away too 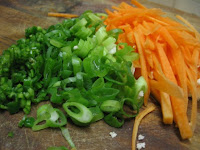 much). The role of the media in the plot is interesting and I liked the touches of both magical realism and myth.

I particularly liked the description of the couple cooking together so I copied it before I passed the book to my mum to read. It makes such an everyday act seem full of beauty and meaning:

Simon was chopping vegetables on a maple block on the kitchen table when I got there, carrots falling under a large chef’s knife, a tea towel draped over one shoulder. The kitchen was bright and clean, large and well organized. Karen was at the stove with a wok. …

As Simon finished chopping the carrots and swung toward the stove, Karen stepped away, leaving a space between her body and the wok, allowing him to slide the cutting board through and to empty the carrots in, never breaking Karen’s stirring. It was a dance between two people who had been partners for years. (pp 131-2)

I also noticed that macaroni cheese is one of the comfort foods mentioned in the book. Lately E and I have discussed how his mum would make it for him as a child. It was not part of my childhood but I understand the attraction and it was on my mind when I got back to my own kitchen.

I have made some fancy versions of macaroni cheese but it is not something I make often. Many months ago I bookmarked a vegan macaroni cheese from Get Sconed. I have been curious to make a vegan version and was then further tempted by a vegan and gluten free sauce for macaroni cheese in the June 2008 edition of the Vegetarian Times. Then I got honest with myself and admitted I wanted the comfort of being at home. I needed something cheesy with a 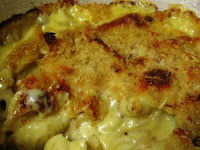 I didn’t follow a recipe but just made a rich cheesy sauce, tossed with cooked pasta and topped it with more cheese and breadcrumbs. I baked it till it was crisp on top and oozing rich sauce inside. We agreed it was one of my best, despite not being what E's mum used to make. I have written what I did, though I know others all have their own versions of this classic and if I made it again I might make it differently. My use of dessertspoons and dessert bowls is included in the instructions to remind us that it is not a meal where exact measurements matter. (To see my photo of a dessertspoon, go here.)

But while I love the indulgent comfort of macaroni cheese, I also craved some nice vegetables after my trip away. The first night I served it I tried a salad of grated carrot and mushy apple that was a disaster so the second night I found a recipe for a cauliflower and pecan salad that caught my eye last year. But after the wonderful description of chopping carrot in the novel, I had to have carrots. I also wanted to showcase my black sesame seeds and use up vegetables in the fridge. 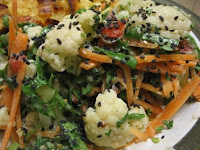 By the time I finished my vision of the salad the only thing it had in common with the inspiring recipe was the cauliflower. I realised it was my own recipe, probably drawing on other recipes I have read and made. Tahini is a favourite flavouring of mine and always pairs well with cauliflower. I used limes from Yaz's tree that I think are quite tart so others might not need as much sweetner as me. It was exactly the pile of healthy vegetables with an interesting dressing that I needed.

I wanted to send something to Heart of the Matter. This event is being hosted by Ilva of Lucillian Delights this month and she is asking for healthy salads, so my salad seemed perfect. And because it has been a while since I have participated, I am sending the Macaroni Cheese to Ruth at Once Upon a Feast for Presto Pasta Nights.

Cook pasta according to instructions.

Melt butter in a medium saucepan over low heat. Mix in flour and stir over low heat for 1-2 minutes. Add milk gradually, mixing as you add it. Bring to the boil so that the roux thickens slightly. It does not need to be really thick because the cheese will help it thicken. Add mustard, paprika, turmeric, gruyere and tasty cheeses. Stir in cooked pasta.

Tip mixture into a 20cm diameter round ovenproof dish. Sprinkle with parmesan and breadcrumbs. Bake at 200 C for about 20 minutes and then turn up the heat to 230 C for about 10 minutes or til the top is crisp and starting to brown.

To make dressing: use a small whisk to blend all ingredients or use blender.

To make salad: chop cauliflower into florets and steam til just tender. I did mine in the microwave for about 3 minutes on high. Cool if desired or use warm. Add remaining ingredients and toss through with dressing. Garnish with black sesame seeds if desired.

On the Stereo:
New Gold Dream: Simple Minds
Posted by Johanna GGG at 23:19