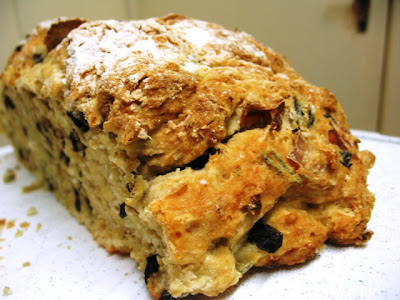 In a student household long long ago we had a rosemary bush. It was generous in its abundance but one of my housemates took a dislike to it (or perhaps did a bad pruning job) and hacked away at it until it was a leafless stump that had to be pulled out of the ground. Now I find that, in ancient times, Greek scholars would wear it to help them remember their studies. If only we had known!

Somewhere in my head I hear the words ‘rosemary for remembrance’. A quick search on the web tells me that this robust herb has been used to help remember not just studies, but also fallen soldiers. It is also a symbol of fidelity (does this mean you had to remember you were in love!!!) and love, traditionally used at weddings, funerals and new year. Maybe this is because its hardy evergreen leaves outlast so much else – unless someone brutally hacks it to bits. 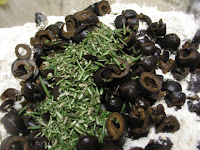 Even more interesting are the stories about it. Wiki says rosemary comes from the Latin rosmarinus meaning literally dew of the sea. But I found a fascinating legend which says it actually means the Rose of Mary because when the Virgin Mary spread her coat on a flowering rosemary bush, its tiny flowers turned it blue. This interested me as many of the images of Mary I saw as a child were with a blue cloak. Botannical.com say it has another alternative Spanish name, romero or the Pilgrim's Flower because it protected Mary on the flight into Egypt, and that the Spanish and Sicilians continue to see it as a protection from witches and evil - interesting meeting of traditions! Marie at Thyme for Herbs talks of an English legend about a rosemary bush not growing taller after its 33rd year because that was the year in which Christ died. Wow! I would be happy if I could keep any herbs alive for a year. Finally I found why I kept thinking remembrance: Madeline Wajda reminds us that in Hamlet, Ophelia says, "There’s rosemary, that’s for remembrance…"

I bought some rosemary on the weekend for roast potatoes. It was on sale and I know that it is traditional with a roast. But once I had used a few sprigs I had no other obvious uses for it. I also discovered in my searches on the web that it come from the same family as mint. This makes sense. Both herbs have strong tastes that people tend to pair with meat. I am sure I have cooked with it before but couldn’t remember what – it seemed like one of those jokes where if I could cook with rosemary maybe I could remember what I could cook with rosemary :-)

But a search of the web pulled up a few interesting rosemary recipes, mostly pasta recipes, that I might try. Then, fortuitously, my trusty recipe notebook, that has been with me for years, happened to fall open at a recipe that piqued my interest. I think I might have made it before, though not necessarily with rosemary.

It is a soda bread made with mashed potato. There are a few options for different versions: olive, cheese and rosemary; or walnut cheese and rosemary; or dill, chives, saffron ad cheese. The olive version interested me because it reminded me of foccaccias and pizzas with potato and olive and even rosemary. Seemed a nice tradition to follow. 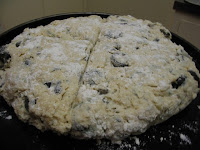 which had too much flour – it actually tasted great but wasn’t the soft dough I remember in previous soda breads I've made. The olive and rosemary dough was much much much softer than my Guinness one. Almost too soft. I tried to knead it but that didn’t help, but I couldn’t work out how else I was to get it onto a tray other than by having a messy shaggy mass. I don’t think it would have helped if I had remembered to add the cheese. Seems I need to go back to my favourite sweet potato soda bread recipe soon.

But this tasted good. Reminds me a little of having mashed potato and promite on toast – a great combination. Excellent with soup or for breakfast. The potato and olives are so tasty and chunky (I didn’t mash too vigourously) that it didn’t need any butter or spread this morning. And we can’t forget rosemary. The little green flecks look interesting and I think it does add a pleasing herby taste.

I am sending this to Kalyn at Kalyns Kitchen who is hosting weekend herb blogging this week.

Put flours, soda, salt and sugar into a medium bowl. Rub in butter or margarine (this is a soothing activity but I think it would be so much easier to just melt it and add to liquid). Add rosemary, olives and cheese.

In a separate small bowl or jug mix mashed potato, buttermilk and egg. Add to dry ingredients and mix to combine. The recipe says to mix to a dough and not to overmix. There is nothing about kneading and yet it is so soft and shaggy it is hard to put on the tray without a bit of patting it about a bit.

Make flattish round on a tray. Make a cross on top with a knife. Dust lightly with flour and bake 45-65 minutes (It took me 65 minutes and it still was incredibly moist).

On the Stereo:
Judas as Black Moth: Current 93
Posted by Johanna GGG at 09:41