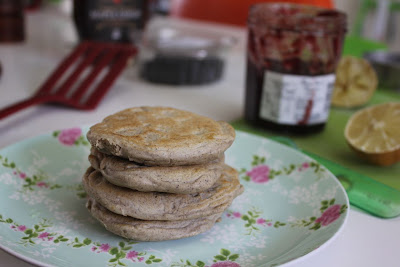 Pikelets are to pancakes as children's fingers are to adults'.  Chubby and little without a whiff of sophistication. I haven't eaten them for years (pikelets not fingers).  I don't count the anorexic ones that E took to buying from the supermarket a few years back.  Then I was prompted to make picklets by RanDom Recipes and my pikelet curiosity was piqued. 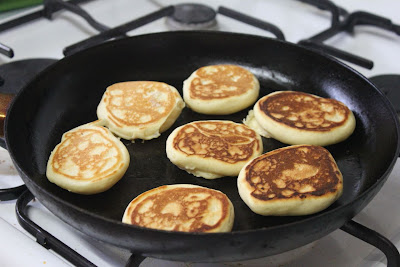 After waiting forever for the yeasted picklet mixture to bubble up, every time I make pikelets, Sylvia asks, are you making picklets or pikelets?  She then checks if they are the bubbly ones or not.  Whereas in my childhood, pikelets were all that I knew.  And I knew them well.  There was often a plate of buttered pikelets among the slices and fairy cakes at any get together.  Sometimes they had jam or sugar on the butter.  Nothing special.  Just a part of life. 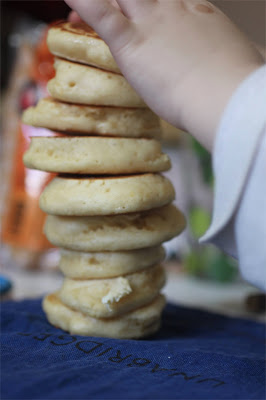 Pikelets are fried on a pan but should not be confused with pancakes.  They are neither flat nor fluffy.  As Sylvia found out in the above and below picture, pikelets are too chubby to stack.  They are uniquely Australian but come from a British tradition of cooking breads on a griddle.  They are too soft to be bread.  Yet they are far more bread than pancake.  But just slightly sweet. 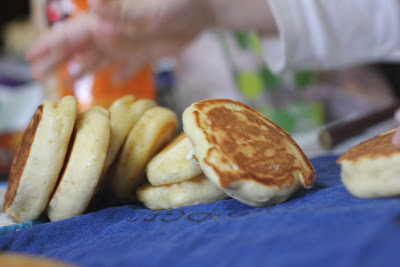 They were so common in my childhood.  I was sure I must have made them before.  A search of my blog reveals I have tried a vegan pikelet recipe. It seems a long time ago.  When I made them for my niece's birthday recently I was surprised at how thick they were.  I decided the Cauldrons and Cupcakes recipe must not have enough liquid and I needed to try other recipes. 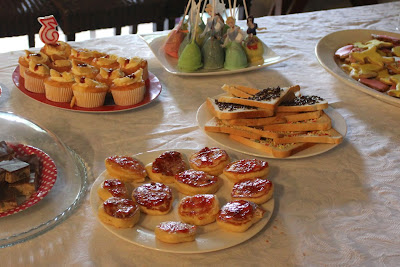 Despite my misgivings, I was very pleased with my pikelets that we took to Ashy's birthday.  I really enjoyed their restrained sweetness.  They are sweet enough when spread with jam and butter to have a place among the cakes and slices.  Yet they are not indulgently sweet. 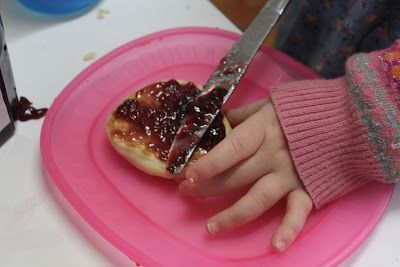 Soon after, I made more pikelets using a recipe from taste.com.au.  It is a website that deals in good honest recipes with no frills.  Plus it is Australian.  Their recipe was similar with perhaps a little more liquid.  The pikelets were still chubby little morsels of deliciousness.  I looked at quite a few other recipes and none were terribly different so I stuck with the first one.  (The Cauldrons and Cupcakes post has far more Aussie colour and is worth a read.) 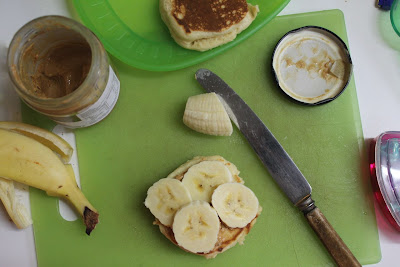 Sylvia resolutely stuck with jam, no butter.  I tried some different toppings.  I really enjoyed the almond butter and banana.  It was delicious and not too sweet.  Far better than maple syrup or even hazelnut agave syrup.  My favourite is still jam and butter.  For old times sake! 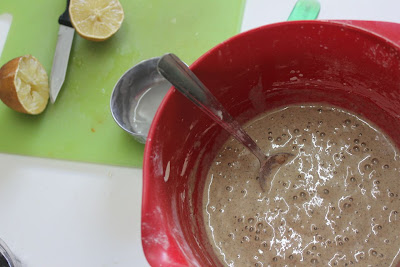 Pikelets are often eaten cool.  They keep soft and fresh for a day.  Great for taking to a party or an afternoon tea.  However I wanted to try a gluten free version because this makes it something that more of my family can eat.  I tried a buckwheat pikelet recipe from Bizzy Lizzy's Good Food.  They were very good soon after being cooked, though a little less chubby than their gluten cousins (see top photo).  Not so good a few hours later.  And Sylvia had a stomach ache after eating them so she is now off gluten free food and keeps insisting I make pikelets with normal flour.  Sigh! 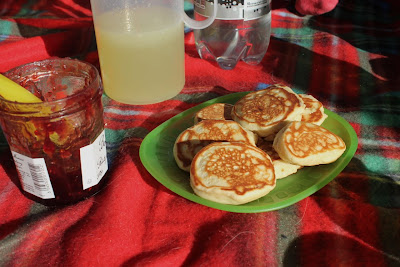 I find that this is a good snack food for Sylvia.  Sometime I will try using wholemeal flour (like this recipe).  I will also try some of Kari's interesting pikelets with fruit.  Meanwhile I think I keep using white flour because it reminds me of the soft white pikelets of my childhood.  Like the pikelets I made when we had a picnic on the verandah recently. 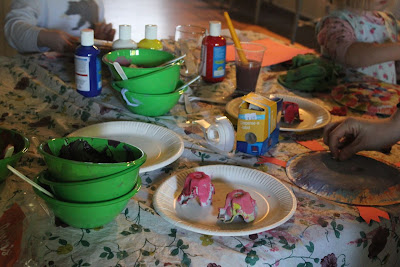 My most recent batch of pikelets were made this week when I visited my sister in law and kids for lunch and craft.  I arrived with only half the craft stuff I meant to bring.  Fortunately Erica had lots of stuff we could use.  We meant to make a paper plate turtle like the one on the right in the below picture with patchwork paper.  Instead we used paint and shiny stickers to make the one Sylvia is reaching for. 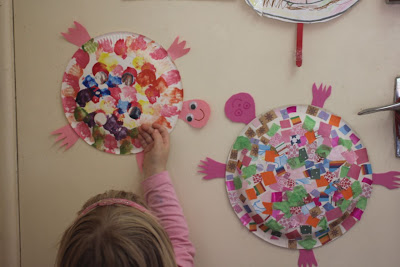 Cooper had as much fun mixing colours as making the turtles.  Ashy just wanted to paint and paint and paint.  Any colour would do.  Sylvia loved the stickers.  Erica gave Sylvia a wad of shiny silver stickers.  She brought them home and stuck one onto everything in sight and told me they were all paid.

I am sending the paper plate turtles to Red Ted Art blog for the Kids Get Crafty linky party.

3/4 cup milk (we use soy milk)
1 tbsp lemon juice (or vinegar)
1 cup self raising flour
1 egg
1 to 2 tbsp golden syrup (or other sweetener)*
butter, margarine or oil for frying

Mix milk and lemon juice and set aside for a few minutes so that it gets a little chunky.  Place self raising flour (or flours and baking powder) in a medium mixing bowl.  Mix in milk, egg and golden syrup (or sweetener) to make a thick batter.  Let the mixture sit for about 10 minutes to thicken further.

Meanwhile heat a heavy bottomed non stick frypan over high heat.  Turn down to medium heat and melt a knob of butter (about 1/2 a teaspoon - just enough to cover the pan when you swirl it around).  Give the batter a stir and drop small dessertspoonfuls onto the frypan.  Fry a few minutes (I never time it) until the mixture has changed texture and is slightly drier and the underside is golden brown when flipped.  There may be a bubble or two but they don't bubble like pancakes.  Flip over and leave another minute until golden brown on this side too.

*Note: I find 1 tbsp golden syrup enough but you might want them slightly sweeter especially if you are eating with just butter.

On the Stereo:
The Rough Guide to Scottish Folk: Various Artists
Posted by Johanna GGG at 12:04