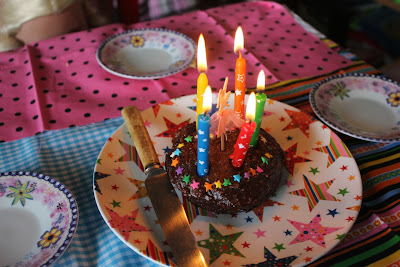 It was Dolly's birthday this week.  Again.  A cake was requested.  We had baking leftover from the weekend.  Yet the idea of a doll's birthday party appeals to the child in me.  I searched for a quick small cake.  Something easy.  Not too rich.  Chocolate Covered Katie had a single serve chocolate cake in the microwave.  With healthy chocolate frosting.  Perfect! 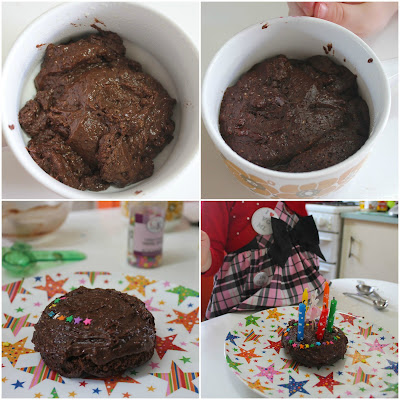 The cake was so easy that Sylvia could have made it herself.  But she would have got the ingredients all over her dress and eaten half of them.  That is the world of four-year-olds that I don't understand.  My flaw is impatience.  The cake wasn't quite cooled when I tipped it onto a plate.  It didn't quite come out cleanly.

Sylvia was determined that to make it a special party.  She wore her party frock with a big black bow.  When the cake was cooked, she helped to mix and spread the frosting.  Then she topped it with coloured stars, five candles and a pink fairy cake topper.  I sewed a dress for dolly out of scraps of material.  For a birthday present.  I think Dolly even had some face painting.  (Stern face.) 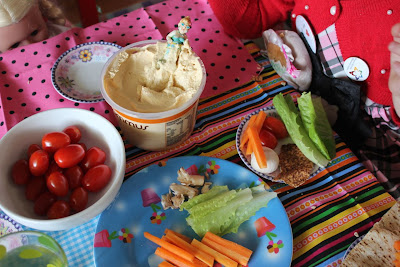 We put her little red table in the middle of the loungeroom and spread it with scraps of coloured material.  I was most surprised when Sylvia insisted on some healthy food first.  She actually asked for more vegetables than I had to put on the table.  And she ate them! 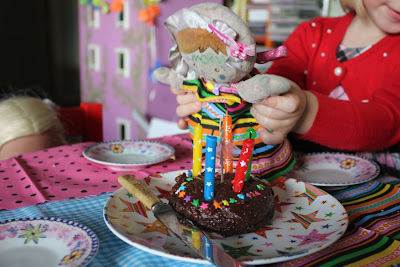 After 'everyone' had eaten their hummus and vegies, we brought out the cake.  I lit the candles, we sang happy birthday and Dolly blew them out.  Then we cut the cake.  It was lovely.  Soft and fudgy with the creamy cashew frosting. 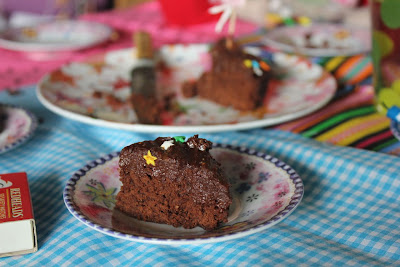 I have made a chocolate cake in a mug before.  It was delicious.  I recently made it again and found it quite rich with 1 egg to two portions.  A vegan cake is much more my sort of thing.  (I even found a GF version I might try some time.)

I really loved the frosting with cashew butter and maple syrup rather than icing sugar and butter.  We had a bit over and just ate it straight from the bowl.  It tasted so good.  Best of all, the cake was fun without having oodles of cake leftover.  I suspect this might become Dolly's regular birthday cake.  After all, Dolly's birthdays come around rather often.

Spoon into a greased ramekin or mug.  Smooth down the top with the back of a spoon (I didn't do this and mine kept the blobby shape when it cooked.)

Microwave for 30-40 seconds, depending on the your microwave.  I cooked mine for 40 seconds because my microwave isn't that powerful.

Cool to room temperature and tip out onto a plate.  Frost and eat.

Chocolate cashew butter frosting
From Chocolate Covered Katie
Mix everything together until you get a consistency that is spreadable. We used 3 tsp of milk but you can use less or more depending on the thickness you are after.  Check taste and adjust maple syrup if required.  Makes enough for about 2 of the single serve chocolate cakes.

NOTE: As the quantities are quite small, you should note that I use a 15ml tablespoon.

On the Stereo:
Absent Friends: Divine Comedy
Posted by Johanna GGG at 21:42