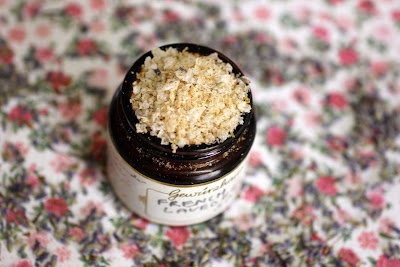 Melbourne has a brilliant spice shop called Gewurzhaus.  It is such a pleasure to browse there and smell their wonderful spice mixtures.  I have bought a few spices there but the one that I keep buying and using is French Lavender Salt.  Being shocked at the price on my last trip there, I decided to attempt making it at home. 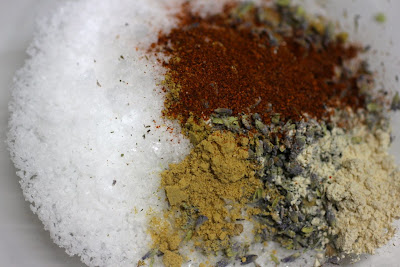 I threw in some spices based on what was on the ingredients list.  I have no doubt that is is not an exact replica of the Gewurzhaus version.  Yet it is close enough for jazz.  I was surprised how easy it was. 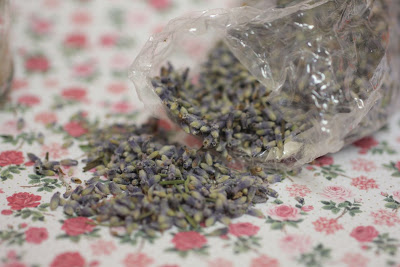 I am delighted.  French Lavender Salt has become my go-to salt mix when I want a bit more seasoning than just salt.  Admittedly it can be slightly sweet for some dishes.  Not often.  Mostly it gives food real lift.  I used it in soup, crackers, bread, pasta, and roast vegies.  Gewurzhaus suggest using it for meat, garlic bread, pesto and ratatouille.  My mum even sprinkled some on her sushi I made her for lunch this week. 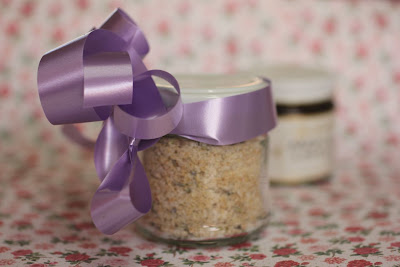 I have bought French Lavender Salt from Gewurzhaus as a gift before.  Now I can give it as a handmade gift and use up some of that lavender in my cupboards.  Win win!  I just need to work out how to package it nicely.

I am sending this to Karen's Cooking with Herbs event (formerly known as Herbs on Saturday).  I am sure she will enjoy this recipe, because her blog is called Lavender and Lovage

Mix and store in an airtight container away from direct sunlight.

*NOTES: I used a mortar and pestle so neither the lavender or fennel was really finely ground. I used 1/2 tsp fennel seeds and at first thought it might be too much - hence I wrote 1/4 to 1/2 tsp but now that it has settled, I think 1/2 tsp is right.

On the Stereo:
Angelina Ballerina (story CD)
Posted by Johanna GGG at 20:37