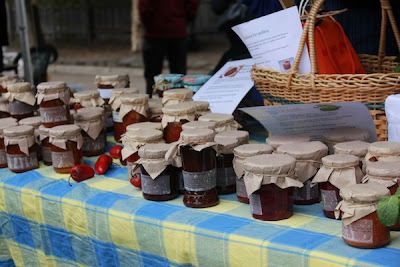 We recently attended the Tempting Fete at Spensley Street Primary School in Clifton Hill.  We were really there to see E play ukelele but enjoyed browsing the stalls.  Actually it was quite overwhelming because there was so much on that it was hard to follow the map of activities.  Yet after a while we worked out the lay of the land and where the best food could be found. 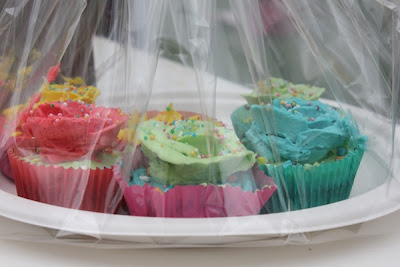 Our first port of call was the cake stall.  It was heaving under cellophane wrapped cakes and jar after jar of preserves.  I was quite excited to find a plate of vegan chocolate cakes topped with lurid icing roses.  Sylvia also loved them and insisted on buying them to take to visit her friend Amelia.  (The cakes were rather stodgy but great if you love icing as small children do.)  I much preferred the chocolate wheatbix slice which was crumbly but tasted amazing with chunks of chocolate and a chocolate topping.  We also bought some tomato chutney and raspberry jam. 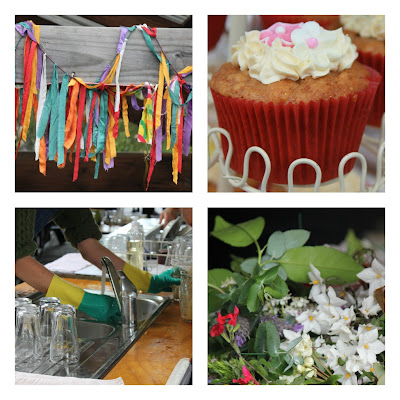 Other than cakes, the fete had lots of the usual stalls of face painting, second hand books, preloved clothes, trash and treasure and toys.  I loved the idea of a stall where you could choose flowers for a garland to wear on your head.  I was less enthused about taking your dishes to the dishwashing sink but I appreciated the sentiment.  E was very excited to buy four children's videos (yes we still have a video player) for $1. 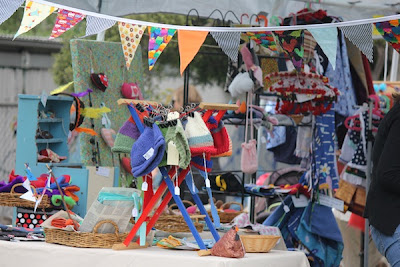 My favourite stall would probably be this craft stall.  It was full of lovely home made stuff.  I wanted to buy it all.  Instead I settled with a few presents, plus a bag and hair ribbon for Sylvia and a party dress for her doll.  I also couldn't resist buying the Recipes from the Childish Plot cookbook after talking to the coordinator of the cookbook.  (I have already made the pumpkin damper which is fantastic.) 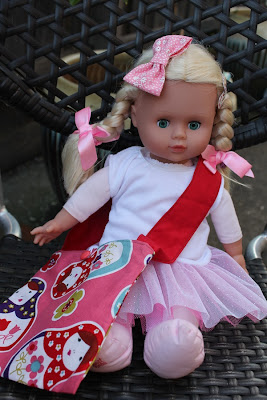 This being an inner-city fete, I was interested to see what food would be on offer.  All Sylvia wanted was sushi.  I think her love affair with sushi is because it is an excuse to eat something with soy sauce.  She pushes out the vegies but at least she eats the nori.  I chose the steamed dumplings.  They were ok but a little pasty and not that filling, with only vegies inside them. 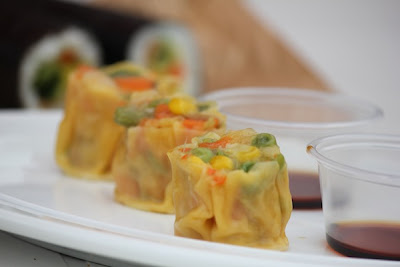 E was keen on having a sausage from the BBQ.  (I don't think they had vegetarian sausages.)  He queued for a while and then found that he hadn't prepaid so he gave up and bought dahl and rice instead.  He was very impressed with it. 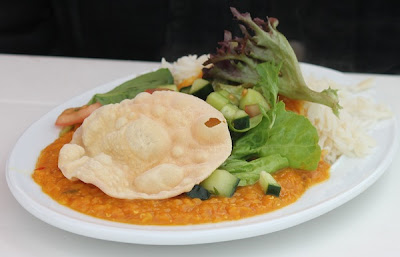 Sylvia wanted a choc top but my dumplings had been little more than an appetiser.  I wandered off in search of pizza.  It was far more impressive than I expected.  The school has a brick oven in their grounds and there was a team effort going on in making pizza dough, rolling it out, making up the pizza and baking it.  The end result was amazing.  The bases were thin and crisp.  The toppings were minimal.  You will see that this was no ordinary pizza when I tell you that I was offered olive oil and fresh basil on my slice.  Well worth the wait. 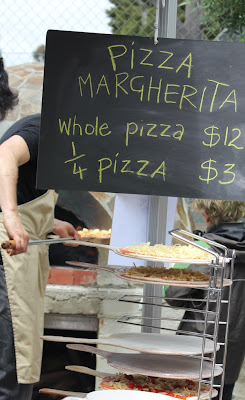 When I rejoined E and Sylvia, E was raving about the hedgehog at the cafe.  Actually I had already run my eye over the cakes on offer and considered the scones with jam and cream that looked rather good.  However I took E's recommendation and sampled the hedgehog.  It was unbelievably good.  So often when I try other people's hedgehog it is disappointing because it doesn't live up to my family hedgehog recipe.  This one surpassed it.  Not only was it soft and full of biscuit chunks (not ground up biscuits or lots of other things like dried fruit and nuts), but it had condensed milk in it and milk chocolate on top. 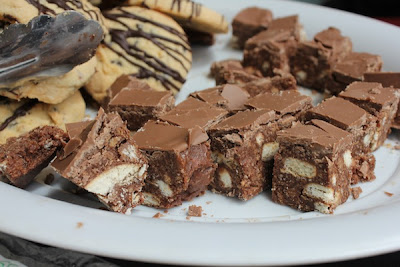 Sylvia wasn't very interested in the facepainting (just as well because there was a long queue), hair styling, adventure playground and other children's activities.  We don't go to many fetes but this was a far fancier fete than those that I used to attend as a child, and I suspect than those that are held in schools in suburbs further from Melbourne.  Nevertheless, it was good fun and we came away with some good bargains.

Update: see my write up of the 2013 Tempting Fete.