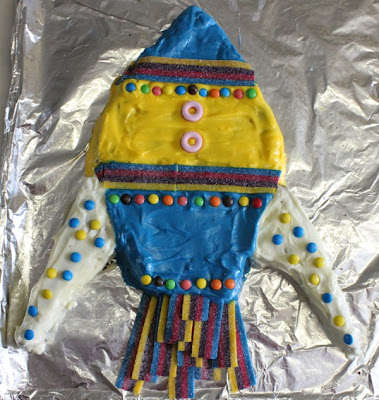 Sylvia and I have been planning to make a rocket cake for our boys' birthday for a while now.  It would be even more fun if they could be here but at least Sylvia gets to enjoy her brothers' birthday, if not their company.  I was immediately attracted to this rocket ship birthday cake because it seemed easy with minimal cutting and minimal waste. 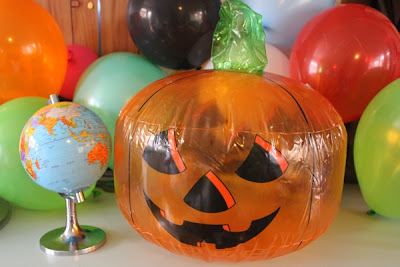 The cake posed a few challenges.  They always do.  I wanted any colour but pink for the boys' birthday cake.  Yet the only colour of lifesavers I could find were the pink musk ones.  At least Sylvia was pleased.  There used to be heaps of lifesaver flavours and colours.  Maybe these days it is an old fashioned sort of lolly (or 'candy' or 'sweetie' depending on where you come from).

I wanted to use a flourless chocolate cake because it is so easy and we had celiacs coming along.  My recipe is quite small so I supersized it to fit a larger cake tin.  I have been enamoured of a white chocolate cream cheese frosting lately so I used this.  The first time I made it it was enough for two large cakes and I still had lots over.  The second time I halved it and still had heaps sitting in the fridge for ages.  This time I halved it again and was pleased to have very little leftover.  At the end of the post I have repeated these recipes with the amounts I used this time.

There were the usual distractions that I expect with a young child running about, and a few unexpected ones.  In the middle of decorating the cake, I stopped to blow up a giant plastic Halloween pumpkin that E had bought.  Only to discover that it was not just a decoration but was a bouncy ball.  Despite my warnings to Sylvia about caution, the pumpkin inevitably bounced onto the cake.  Fortunately I had enough icing leftover to patch it up. 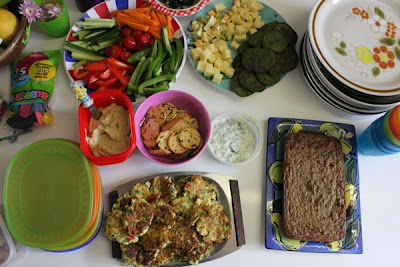 My family came over for a lunch for the boys' birthday. I tried to keep it simple but still ended up the night before making cake, pate, coconut ice and hummus.  For mains we had voracious vegan pate (even better - and gf - with chickpea flour rather than breadcrumbs), spinach pancakes, hummus (maybe needed a bit more garlic), my mum's zucchini and feta fritters, vegie sticks, rice crackers, salted popcorn, cheese and chips. 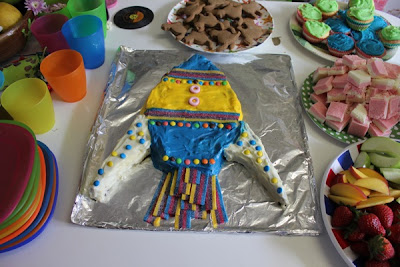 The rocket cake was the star of the dessert.  Served alongside were chocolate gingerbread cats, gf little cakes, coconut ice, and fruit.  My mum made the little cakes.  She also helped E with all the dishes. 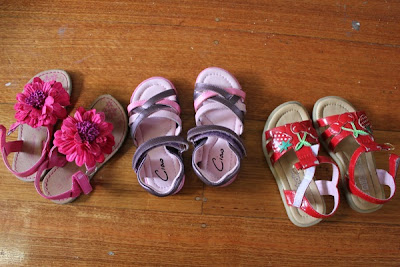 For entertainment, I gave the kids a bag of balloons to blow up.  But really, the kids know how to keep themselves amused in a house full of toys.  Quin did her cat impressions while Maddy did actions with cat hand puppet.  Ella rode Sylvia's bike around the front yard.  Cooper loved the cash register.  Ashton had fun putting the nurse dolly to bed in the doll's cot.  And Grace was very interested in Sylvia's new sandals.  We also talked of plans for cakes for forthcoming birthdays. 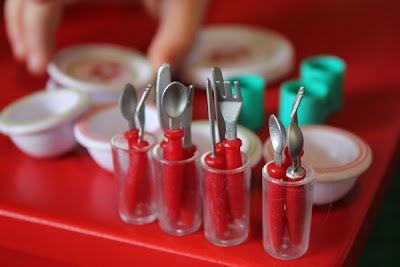 After everyone left, Sylvia's room was a mess and the house felt oddly quiet.  E went to sleep while I sorted my photos and Sylvia played with the tea set that Susie brought her because her cousins had grown out of it.  It amused me to see Sylvia setting out the pretend food.  Her dollies had baked beans and her dad got 'cow' because he is 'meat' (as she calls meat eaters).  I didn't have the energy to make dinner.  There were heaps of leftovers in the kitchen but food was far from our thoughts.

Melt chocolate, wattleseed and butter.  Stir in sugar and almonds, then egg yolks.  Beat egg white to stiff peaks in a small bowl and then gently fold into chocolate mixture until combined.  Tip into greased and lined 22cm square cake tin.  Bake at 160 C for 45 minutes (I did the skewer in the middle test to check it wasn't too undercooked in the middle).  Cool in the tin.

Melt white chocolate in microwave.  Stir in butter.  Use electric beaters to beat in cream cheese and gradually add in icing sugar.  Keeps in the fridge for weeks (sometimes even months here).

How to make a Rocket Cake 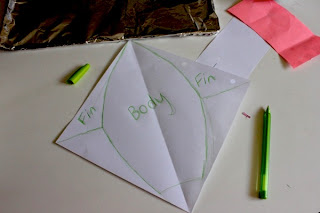 Draw a stencil on a piece of paper. 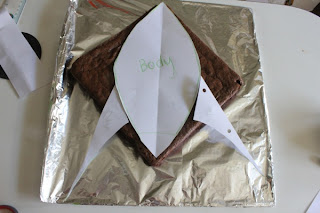 Cut out the body and fins and check they look ok on the cake. 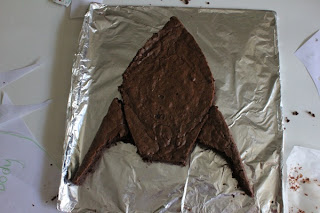 Use a sharp knife to draw the outline of the body on the cake using the stencil for guidance.  Then cut out the body, being careful to save the trimmings so you can use two corners for the fins.  Place on tray or plate as above.

Follow the photo at the top to decorate.  Divide frosting into three bowl.  Leave one white, mix one into blue and one yellow or use your favourite colours.

Ice the cake in sections with the frosting.  You don't have to be too careful about having the bands of colour meet because once the frosting is on, you lay down sour strips across where the yellow and blue bands join.  Then make some lines of m&ms by the sour strips to represent studs.  Position the lifesavers etc as windows in the middle band of colour.  Dot some more m&ms on the fins.  Cut the remaining sour strips into different lengths and push into the bottom of the ship to make the blast of the rocket. 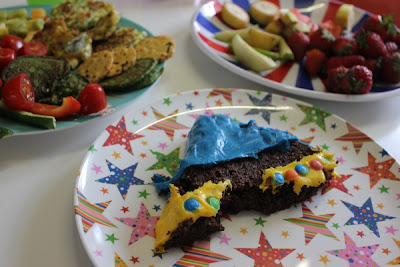 * The cake it needs to be sturdy enough to cut into shapes and hold icing without buckling.  I used the above flourless chocolate cake recipe because it is my easiest gluten free cake.  It is a bit fragile but works ok if you are gentle.  If I am not making gf cakes, I love using a mud cake for such cakes but if it is just for kids who are more interested in icing than cake, I make a plain butter cake.

On the Stereo:
London 0 Hull 4: The Housemartins
Posted by Johanna GGG at 10:21