Truffles, the weekend and random notes 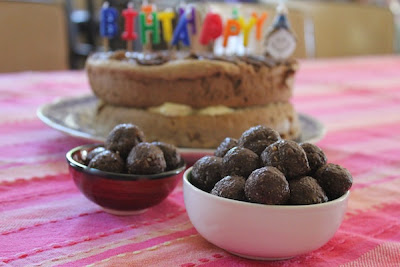 I had a jar of almond butter and the perfect recipe.  It was easy, chocolate, gluten free, vegan and delicious.  Only I sort of forgot to make it while at my parents' for my brother Dave's birthday.  I finally made it after we had pavlova but before we had the birthday cake.  Despite working with my mum's kitchen and not quite having the right amount of ingredients I loved these.  They were great nibbly snacks to eat mid-afternoon. 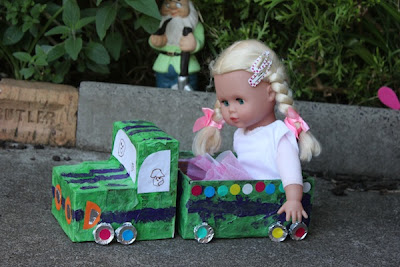 We didn't get to my parents' place as early as I had planned because Sylvia and I got caught up in our latest craft project.  It started out as Mr Maker's truck because we have been watching Mr Maker comes to Town where he drives around in a funny truck based on a craft truck he makes.  Our didn't look like his but it was fun.  We stuck together some old boxes, with a shoe box (with a lid that hasn't been used yet) and glued on lots of green tissue paper scraps like papier mache (I did most of this).  Once it dried we painted stripes, stuck on windows with faces, did head lights, made wheels out of foil covered bottle tops and decorated with stickers.  You can see that new dolly quite enjoyed it. 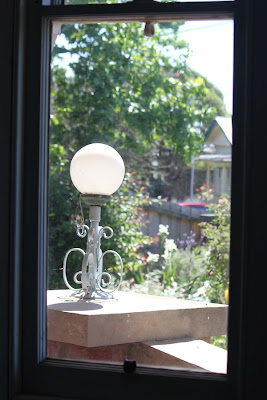 We stayed the night at my parents so that they could babysit while we went to the movies.  We saw Woody Allen's To Rome with Love.  Occasionally quite silly, it was lots of fun with a great ensemble cast and spectacular photography of Rome.  And above is the view I woke up to in the morning. 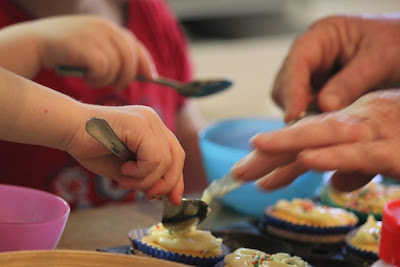 Sylvia meanwhile had a lovely time with her cousin Dash who is staying at my folks' house too.  What's not to love about playing with a gorgeous little boy her age and helping her grandmother make cupcakes!  We had a lovely Chinese lunch for Dave's birthday.  I am usually suspicious of Chinese takeaway but I had some great vegies in black bean sauce and my sister Susie made a lovely fried rice. 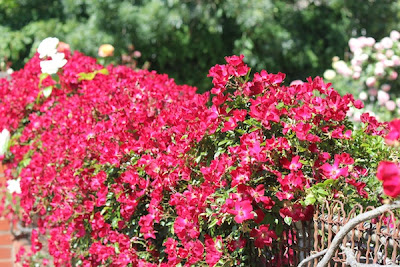 On the Stereo:
Astor Piazzolla Boxset
Posted by Johanna GGG at 22:41