In October 2011 this blog will be free of cheese, honey, eggs, and dairy.*  I have bought nuttalex and soy milk.  I am aiming to keep it light and simple.  Less words.  More food.  More short posts.  Not all posts will be included in my blog indexes so I will list my Vegan MoFo posts below:

On Tuesday I signed up to do Vegan MoFo during October.  I feel a bit of an outsider, not being a vegan.  However as a vegetarian who doesn't like milk or cream or eggs, I love eating vegan food.  I love a challenge.  And I love reading vegan blogs, especially on Melbourne's Planet VegMel.

For those who are not familiar with Vegan MoFo, it is short for Vegan Month of Food.  Hundreds of vegan and vegan-friendly bloggers sign up to commit to posting at least 5 posts a week relating to vegan food.  It is all a bit overwhelming.  And exciting!  I suspect it will mean even less time to visit some of my favourite blogs (sorry) because I will try and keep an eye on other Vegan MoFo posts, in line with the community spirit of the event. 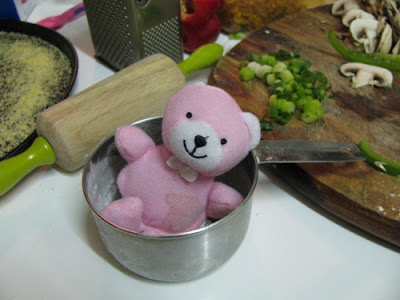 As well as listing my posts, I thought I might list a few vegan recipes that I would love to try (NB: has anyone else had trouble with their Delicious bookmarks being moved to a new system?  I can't login to update my bookmarks which is very frustrating so am I also bookmarking a few ideas here):

*Disclaimer: I have a few backlog vegan-friendly recipes which might use dairy milk or butter, but as I don't make dishes where the taste of milk and butter are prominent, these recipes can adapt to non-dairy milk and margarine.
Posted by Johanna GGG at 20:33