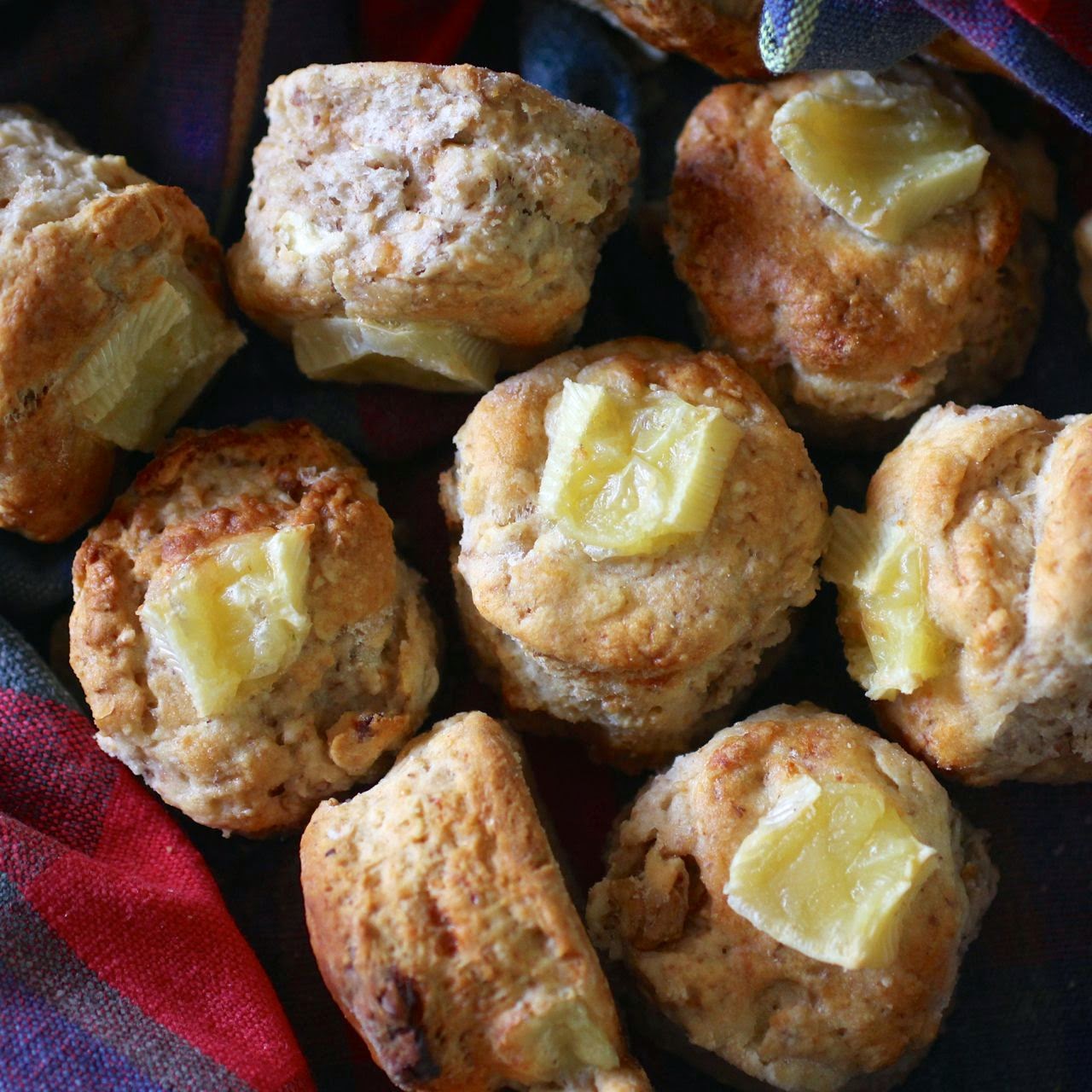 In a topsy turvy week of illness and an overflowing vegetable crisper, scones are a very good thing.  They can be baked in the blink of an eye and they jazz up any old soup.  Which may explain three batches of scones in 8 days. 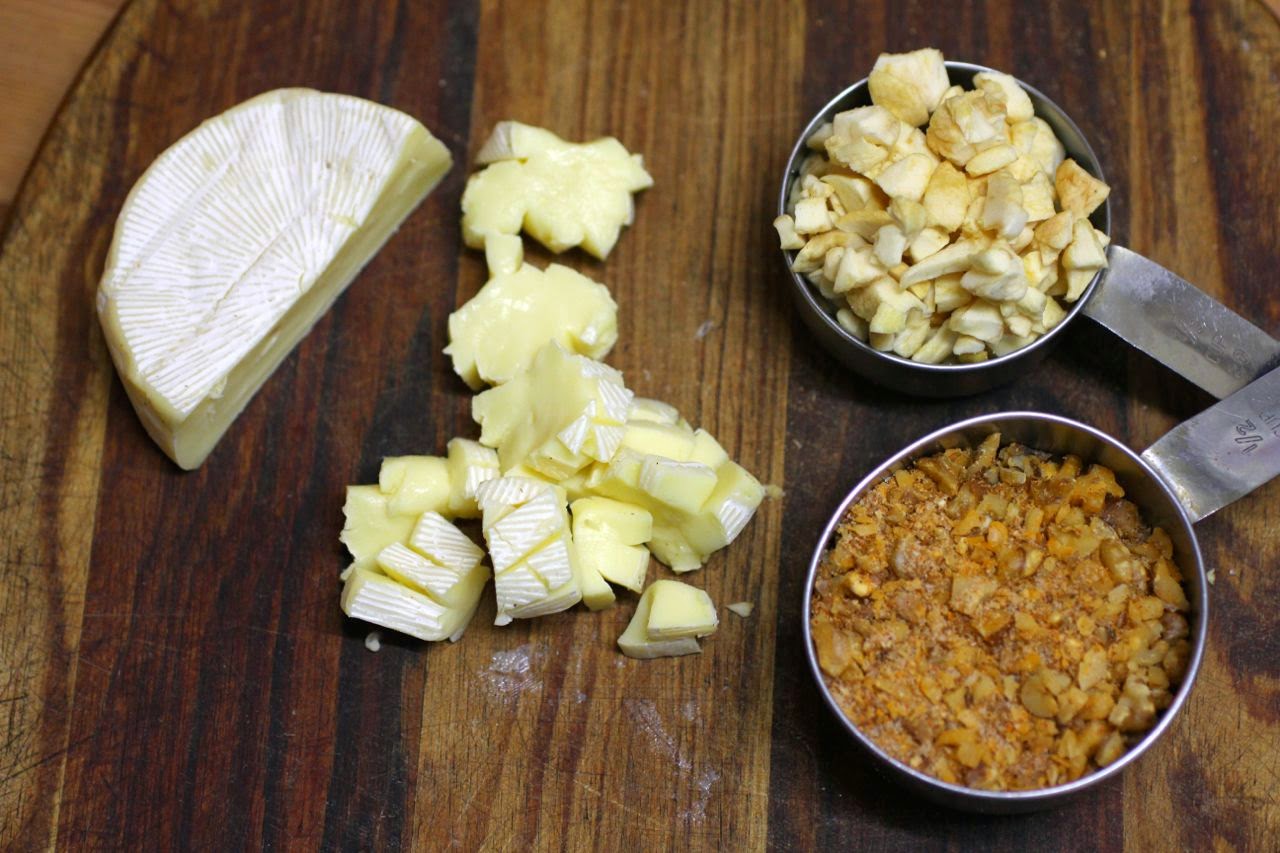 Or you might just blame Celia for encouraging my "sconesiness" with her International Scone Week.  It prompted much contemplation of scone recipes.  Perhaps I bought some brie intending to make interesting scones last weekend but ran out of puff, then I needed chocolate during the week, and finally the brie made it into scones this weekend! 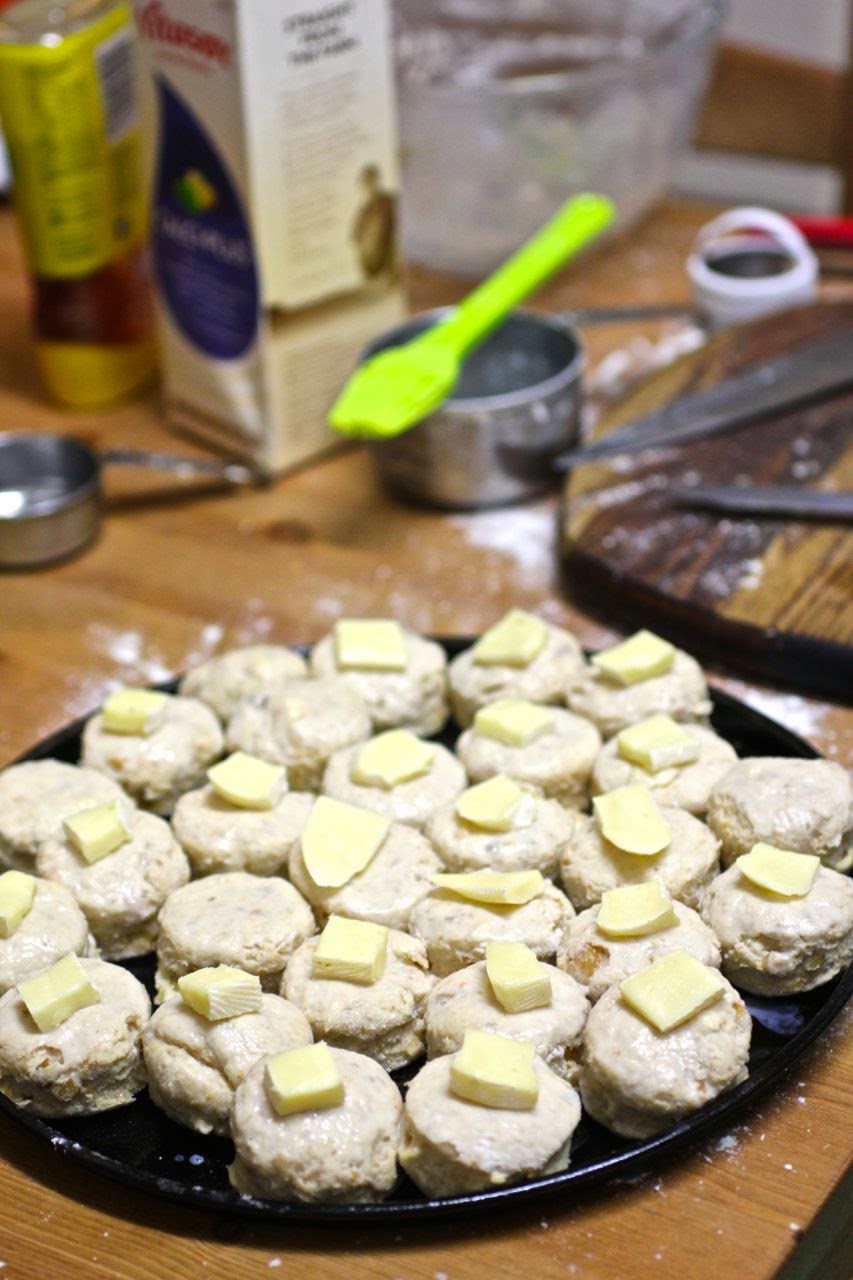 It is true that Sylvia has been sick all week with aches that come and go.  There was the mysterious ear ache that disappeared at the doctor's on Monday, reappeared at school on Tuesday and Thursday and was finally diagnosed at the doctor's as an infection on Friday!  Plus stomach aches, fevers and lack of appetite at night.  She has still played with enthusiasm when she was not crashing with a rising temperature.  You might begin to see why I needed chocolate during the week. 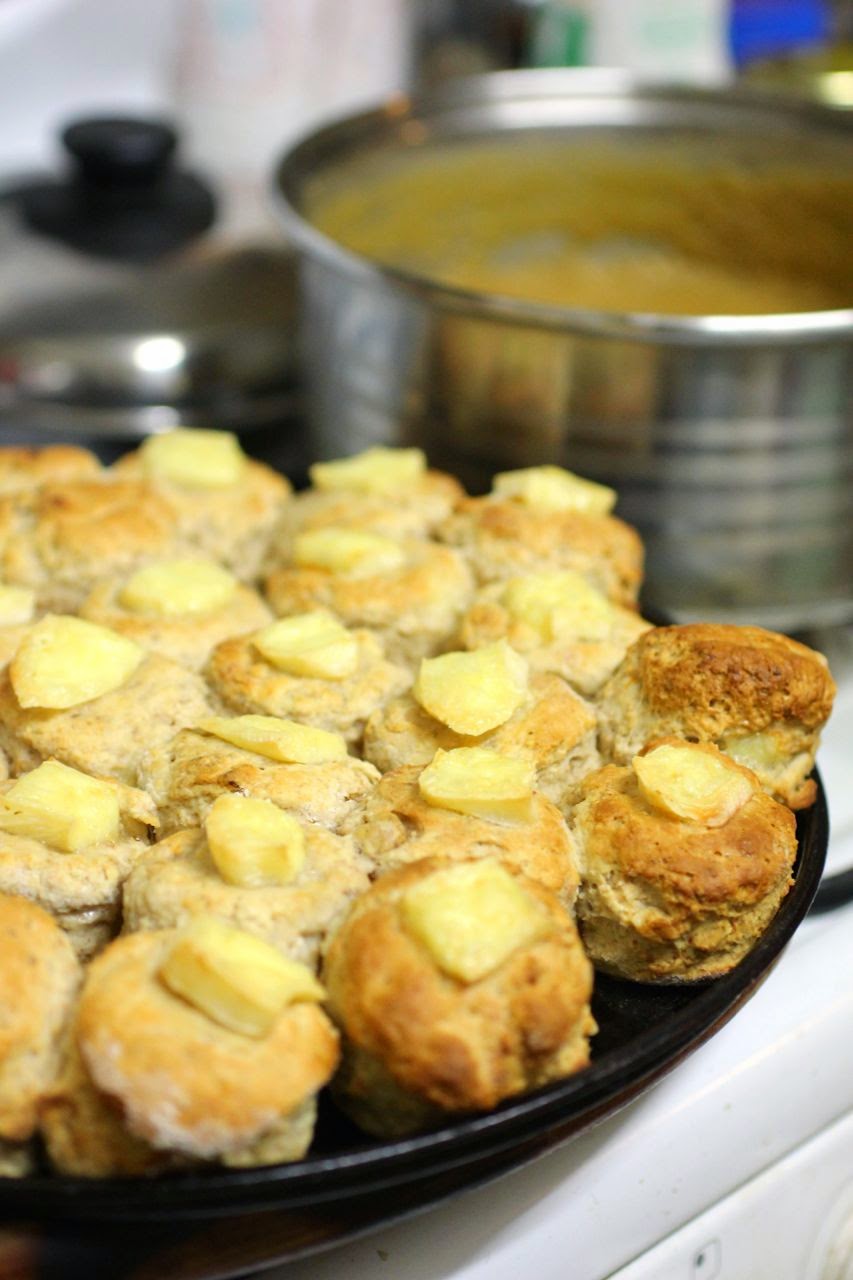 We spent a lot of the week eating a lovely split pea soup but three days running were quite enough.  So last night I made a soup with some pumpkin and vegies that needed using, plus the remains of the split pea soup and some vegan tofu-based cheese.  Odd companions but they got along very well.  Alongside them I served some very savoury scones. 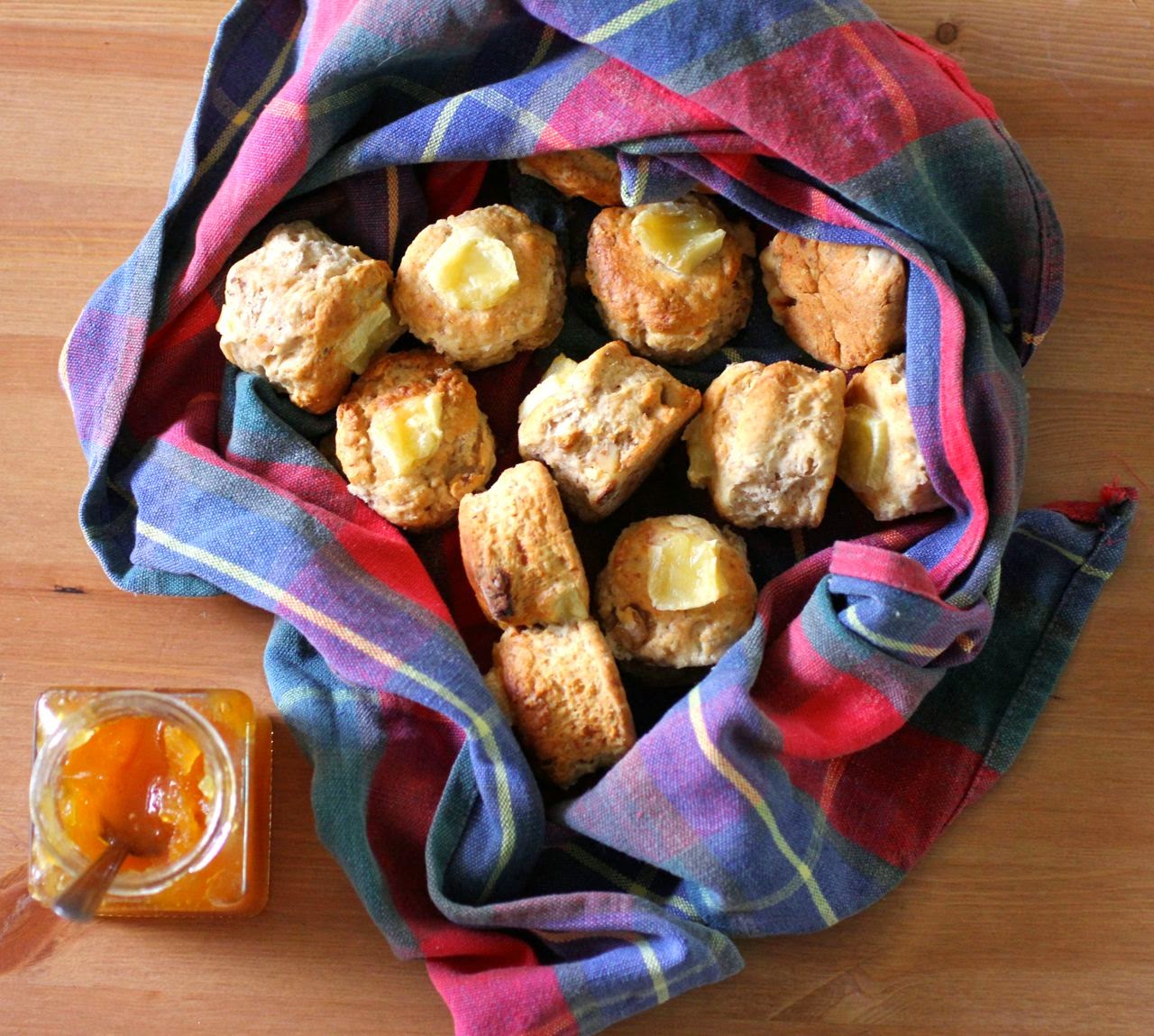 As well as the brie, I had the remnants of a tub of smoky salted walnuts.  More smoked salt than walnut crumbs.  I added some other skerricks of walnuts I found but it was still quite salty.  I was of a mind to add cranberries but Sylvia wanted dried apple.  Fine.  It was so savoury I added a little honey.  I made them a little fancy by baking them with slices of brie on top.

They were delicious scones.  I loved the slight crunch of walnuts and the soft cheese on top.  They were quite savoury so the little nuggets of dried apple were a lovely sweet contrast.  Sylvia ate hers with jam, E had nut butter on his and I loved them plain.  This morning I enjoyed the scones with my mum's dried apricot jam for breakfast.  A success!  More lovely scones to be found at Celia's International Scone Week round up. 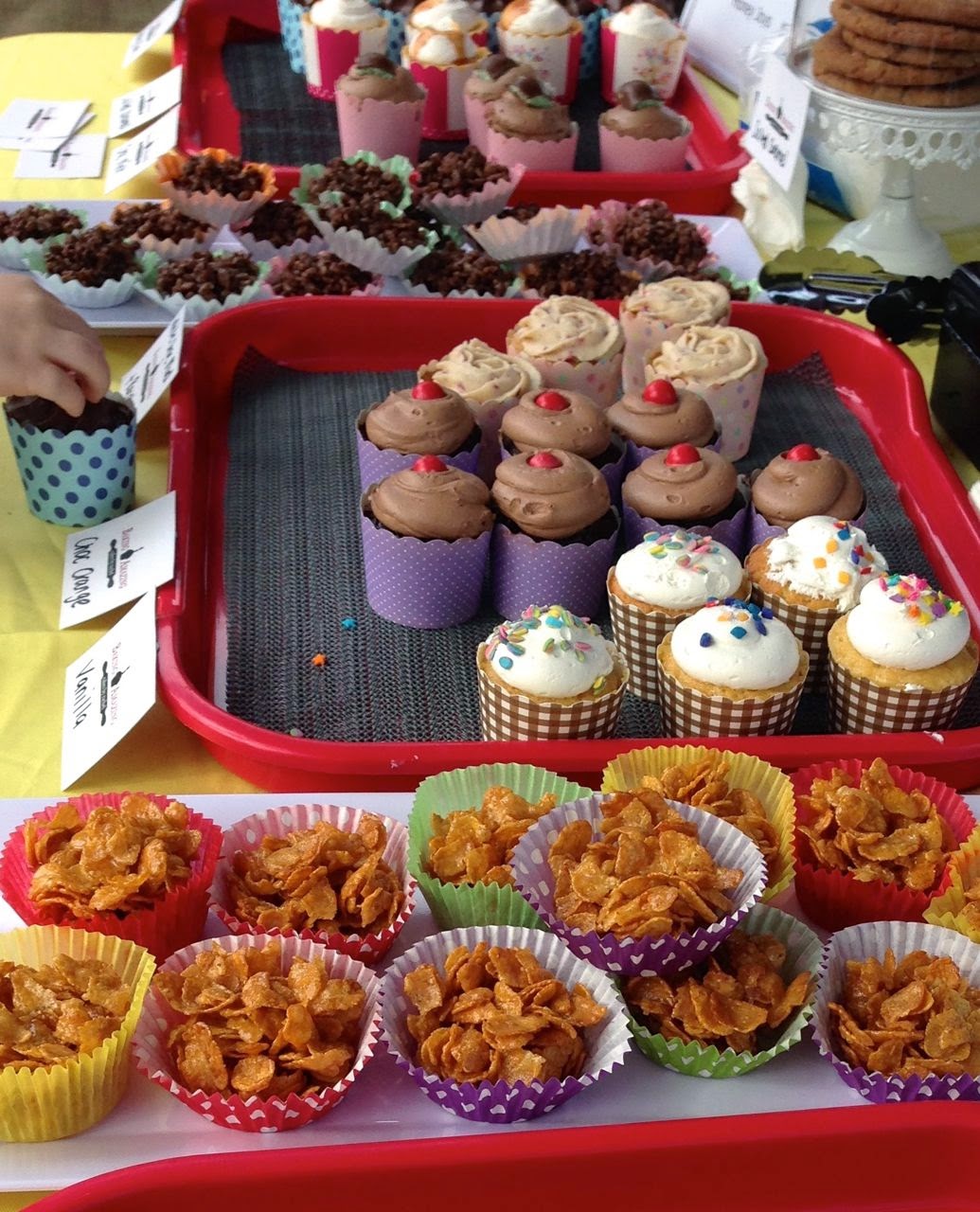 Rub butter into flours.  Chop half the brie in small dice.  Gently stir in walnuts, apple and the chopped brie.  Make a well in the middle of the flour mixture and pour in buttermilk and honey.  Mix to a soft dough.  Add a little extra milk if needed.

Tip dough onto a well floured surface.  (Use floured hands if the dough is sticky.  Mine was a bit sticky but nothing some flour couldn't fix - better a little too sticky than a little too dry!)  Knead briefly until the mixture is smooth.  Pat out to about 1 1/2 cm thick.  Dip a scone cutter or the edge of a glass in flour and cut out rounds.  (Or cut into squares or triangles if that is your style!)

Place scones on prepared tray.  I like to fit them snugly together but it is not necessary.  Brush with a little milk.  Slice the brie and chop each slice into small pieces.  Place a piece of brie on top of each scone.  Bake for 15-20 minutes or until golden brown.  Leave for a minute or two on tray so that brie is not gooey and then wrap in tea towel until ready to eat.  Best eaten warm.

*NOTES: I used 1 cup wholemeal flour and 2 tsp baking powder instead of a cup of wholemeal self raising flour.  I used margarine instead of butter, and used soy milk with a splash of cider vinegar instead of buttermilk.  If you don't have smoked walnuts, you could add some smoked paprika (1/4 to 1/2 tsp) and salt to taste.

On the Stereo:
The Bairns: Rachel Unthank and the Winterset
Posted by Johanna GGG at 12:20