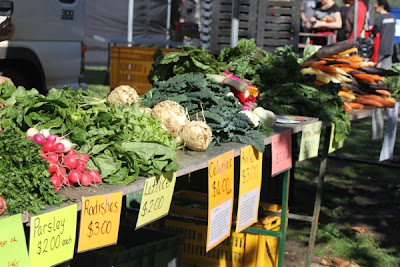 We went to Preston Farmers Market for the second time today.  Our previous visit was in September.  Back then it was a grey day and we were all feeling poorly.  Today the sun shone, we sampled food, filled our bag with vegetables and watched Sylvia kick off her shoes and play in the sandpit. 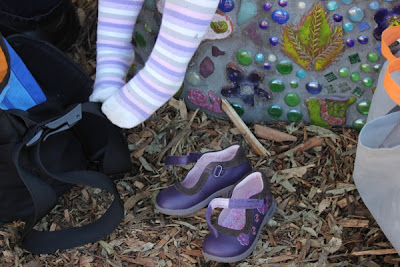 It is a smaller local affair than some of the farmers markets I have visited.  This is not a bad thing.  It doesn't take ages to walk among all the stalls but there is plenty of food on offer.  The market is held in a primary school, which adds to the feeling of it being in the midst of its community.  This is a relaxing place to shop, with plenty of space to sit by the children's playgrounds.  In September there was a petting zoo for kids to see all the little animals.  That was gone today but there were pony rides and face painting. 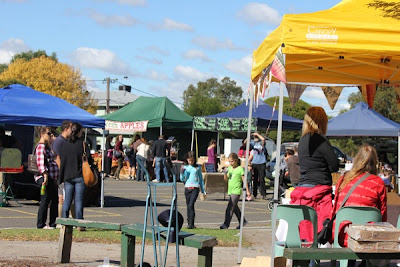 The stalls today were slightly different from the ones in September.  Most noticeable was the appearance of the apple stall.  Who could resist the beautiful display of shiny red apples in barrels!  One of the pleasures of this time of year is a crisp Fuji apple.  I walked away with a bag of them. 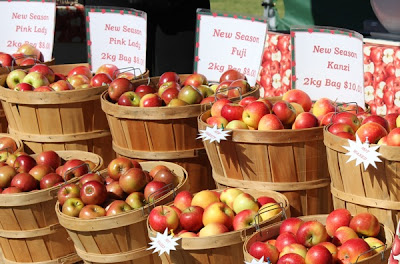 Another seasonal pleasure is pumpkins.  Actually I eat them all year round as they are always available.  But autumn is the traditional season for pumpkins so it feels right to eat them at this time of year.  I didn't buy any of the little pumpkin nuggets but they are so cute. 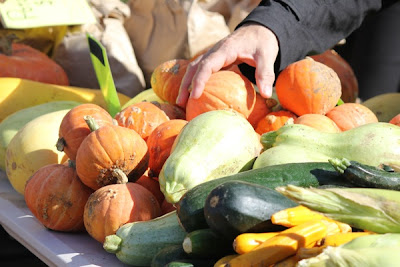 Unlike most farmers markets I have visited, this one only had one vegetable stall.  Yet it is full of variety, colour and interest.  Last visit I purchased carrots in hues of orange, yellow and purple.  I bought another colourful bunch today.  I also purchased leeks, potatoes, golden beetroot and corn from the vegetable man. 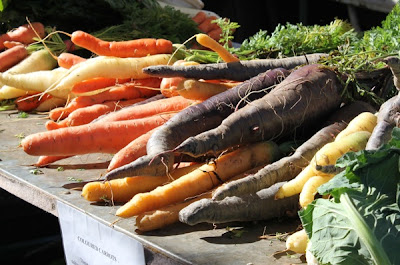 The rest of the market has stalls selling pizza, chai and spices, jam, tarts, honey, bread, soap, pet food treats, and Turkish savouries.  We grabbed a casual lunch while Sylvia played.  I bought a small vegetable tart for her that I ended up eating.  We shared a corn on the cob (not cheap at $4.50) and she had a seeded bread roll.  E got a sausage from the Sausologist and was very impressed.  Last time there were stalls selling Bretzels and little cakes but they were absent today. 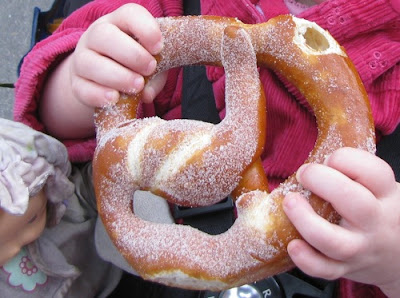 The band was also absent today - or were we just there at a different time?  In September a stall was selling blood oranges.  Today there was one selling fat juicy strawberries.  Sylvia had a lovely time sampling strawberries and bread. 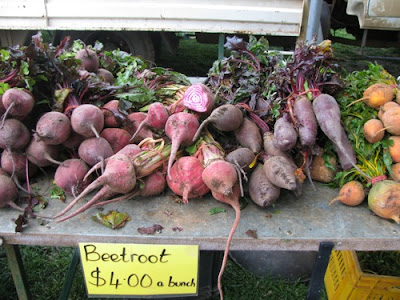 In my notes from September, I jotted down that Sylvia was grizzly because she was ill and that I went home from the market to have a sleep because I was so tired.  Today was a different trip altogether.  Happier.  Sunnier.  We had plenty of energy left after the market.  After gathering our wares, we headed out to Eltham ... But that is another story!