End of year is time for trying to get our life, our house and/or our blog in order before a new year is upon us.  Last night a draft post disappeared in frustrating circumstances.  I decided instead to gather some photos and recipes that I had good intentions to write about but they had fallen by the wayside. 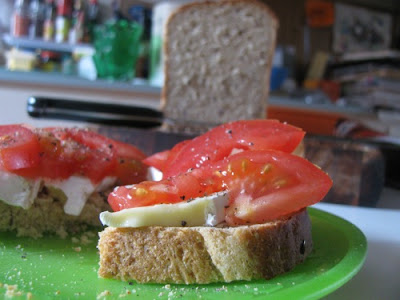 Granary Bread from Mealtime Meltdown.
I was all prepared to post about this, weeks after I made it in early November.  Then I accidently deleted my version of the recipe.  So I think it is best to just go to the original recipe.  The only change I remember making was to add a couple of tablespoons of malt syrup because I don't have granary flour.  It was nubbly and flavoursome.  I hope I will make it again and write more about it.  It was great with brie and tomato. 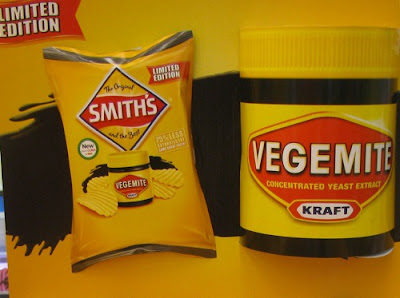 Vegemite Chips
Coming up with new ideas for crisp flavours is either desperate work or a huge amount of fun.  Either way, this is an inspired idea.  It works as novelty but I am not sure how much it would work as everyday.  I would love to see some spin offs of my favourite vegemite flavour combinations - vegemite and cheese, vegemite and tomato, vegemite and walnuts! 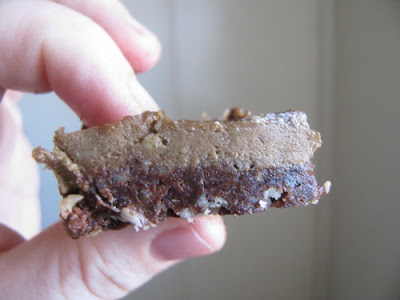 Raw Brownies from Wayfaring Chocolate
I've had two stabs at the beloved brownies from Hannah.  The first time they were too dry because I used the wrong dates.  The second time in late October was better.  I could sort of understand the chewy brownie base but the topping was too sweet.  I want to try again with maple syrup.  E thought it would be better microwaved.  My problem with keeping them in the freezer was that I just kept forgetting about them and they were sadly neglected. 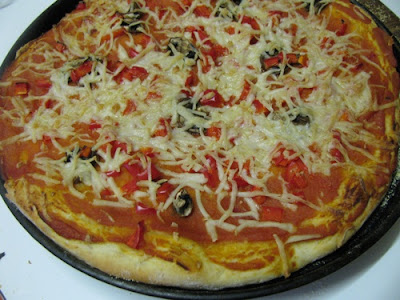 Cheezly Mozzarella on pizza
I bought some vegan mozzarella cheese recently out of curiosity.  It was actually really good sprinkled over pizza with tomato sauce, mushrooms and red pepper.  It was a lot softer than regular mozzarella, nor so stringy.  What I liked best was that it was a lot lighter.  E also liked it thought I think he would prefer real cheese. 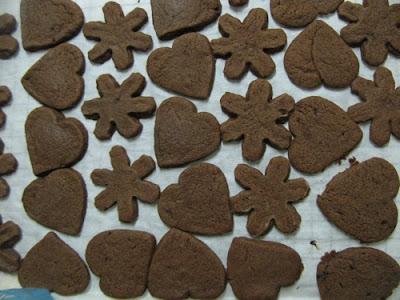 Chocolate cut out biscuits that I have made before
I have raved about these before.  These bikkies are great and look so cute I wanted to share them.  They have so much butter that the mixture needs a good amount of time in the fridge but the biscuits melt in the mouth once cooked.  They also fall apart easily if you use the snowflake biscuit cutters.  We used them for gifts this year. 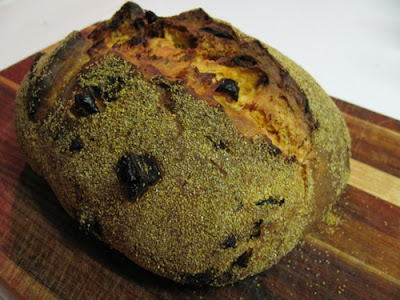 Sun-dried tomato bread from Dan Lepard
I am not sure why I never posted this bread.  Possibly because I served it with a forgettable soup and it got sullied with the same memories.  Or maybe I just felt the photos didn't do it justice.  It was quite good but as I made it back in June, I don't remember it so well.  I did enjoy the orange hue and chunks of sun dried tomato.
Posted by Johanna GGG at 12:26