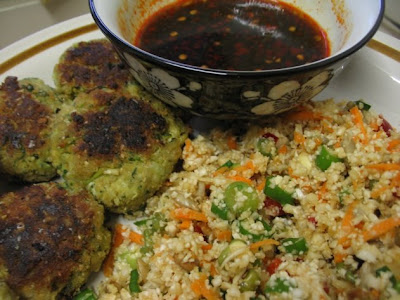 It is a blissfully cool 31 C today and it is such welcome relief after the heatwave of the past few days. Wednesday was 43, Thursday was 44 and yesterday was 45. I think it is the first recorded three days in a row over 43 C (in Melbourne). There are some records that shouldn’t be broken! It was the sort of weather that seemed to drain you within seconds of stepping outside. Dry gasping throat, no energy and limited good humour.

Our plants are sunburnt and shrivelled, Zinc is a little pool of cat on the rug, I dug ou 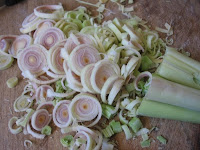 t the little fan for the bedroom and have been shoving handfuls of ice into my drinks. The best discovery has been putting the wheat pack (which warms us in winter) into the freezer.

But we shouldn’t really grumble too much. Others have had it much worse than us. About 750 out of 2000 trains in Melbourne were cancelled yesterday (which makes yesterday's offer of free public transport quite amusing), taxis were busy and alternative buses weren’t available in some areas (we are lucky enough to live on a tramline as well as a trainline). Hundreds of thousands of homes had their power cut but we were spared the ordeal of no fridge and no air conditioning in the heat. And then there were those in the country facing bushfires, in some towns with no water supply.

One thing I have always loved about Melbourne’s weather is the lack of consistency. If it is hot, we usually know that a cool change is on the way. Not this week. Three days of such weather is relentless. It makes the two days at 35 and 40 the previous week seem positively pleasant. I haven’t cooked much this week but it seems a good time to share some summery recipes from the previous week. They are recipes I had planned to make some weeks ago til the cooler weather had stifled my inspiration.

When I think hot weather, I think Asian food, salads and fresh fruit. And that is precisely what I served a couple of weeks back. I had found a recipe for Tofu and Lemongrass Nuggets that took my fancy. Seemed to be just the 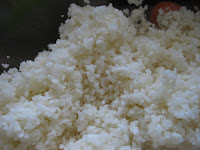 thing to serve with the Raw Mock Fried Rice Salad which I have been wanting to try since Ricki posted it a few weeks back.

The tofu nuggets didn’t taste as strong as I had expected for all the flavouring but they are to be served with a chilli sauce which was so excellent that it didn’t matter. I don’t do lots of frying and my nuggets were a little charred, unlike the golden jewels in the photo. Possibly as a result of not putting in enough oil, or having the frypan too hot. They still tasted good on the first and second night.

I was exhausted by the time I finished making them. The book I took the recipe from is called 30 minute Vegetarian (by Joanne Farrow). But I am beginning to feel a bit cynical about this claim. Not only do the recipes take longer than 30 minutes, they also often need a side dish of some sort. Possibly you can blame my equipment or my preparation technique but if you sympathise, I suggest you read Kathryn’s recent post on quick meals which questions the wisdom of such claims. However, I do forgive Joanne Farrow because the recipes are so good.

Ricki’s salad was strangely pleasing. The raw cauliflower really did look like rice when finely blended and the flavourings were good. I added more vegies than she did and halved the recipe. 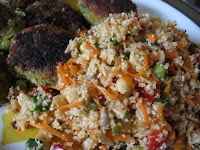 It still made a lot of salad that lasted a few nights and made a substantial flavoursome side dish.

I also admit that I sat down to have a rest in the middle of cooking while I watched the news. It was the week of the Obama inauguration so I had to keep my eye on events from afar, even if I wasn’t up at 3am on Wednesday morning to watch the proceedings live. My impressions were of people in large winter coats and scarves – which seems odd on a scorching hot day – and of the charming smile of the man who has commandeered so much expectation. Such a great moment to see him step into the role of USA president but what challenges he faces! 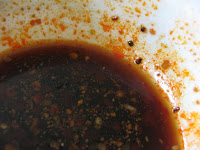 financial hardship. We are asking a lot of one man. Even with the best will in the world, to make real change while part of the political system seems a huge challenge. Our world seems doomed to incremental change. But for all my concerns, I believe that he will act with more intelligence and compassion than Dubya.

Meanwhile, our humble lives go on. After the news I finished making dinner and we took it outside where it was cooler. Unfortunately with balmy summer evenings comes the mozzies who joined in the feasting. So we didn’t stay outside too long. On the second night, I had energy to make the fruit salad that I had planned to have the first night. It all tasted very very good!

Place spring onions, ginger, lemongrass, garlic, coriander in food processor and blend til chopped but still chunky. Add agave, soy sauce, tofu, breadcrumbs and blend til combined (which took me a while in my small food processor). Check seasoning and adjust as necessary. Take dessertspoons of mixture and shape into flattish patties using floured hands. Shallow fry a few minutes on each side in about 2 mm of oil till golden on each side. To make dipping sauce, mix all ingredients together. Serve nuggets with dipping sauce.

Place the cauliflower in the bowl of a food processor and process until crumbly and “rice-like.” (I needed to do it in a few different batches.) Empty into a large bowl. Add remaining ingredients and mix well to combine. Serve slightly warm for the fried rice feel (although not technically a raw dish, but then neither are toasted sunflower seeds or cooked peas) or cold as salad.

On the stereo:
No Way Out: A Challenge of Honour
Posted by Johanna GGG at 18:20