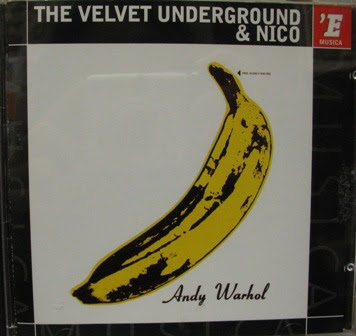 When I was young, it was a treat for my dad to sing us songs at bedtime. One song went ‘My little girl, pink and white as peaches and cream.’ At school we had lots of song about food – I’m a Green Pea, On Top of Spaghetti, Mrs Murphy’s Chowder, Fish and Chips and Vinegar, Peanut Butter (sticks to the top of your mouth). We even did the actions to Oranges and Lemons – chippety chop, chippety chop, the last man’s head head head…off! Then on the television, Cookie Monster sang C is for Cookie. And the most popular song for primary school talent quests was the Village People's Milkshake.

So when Ellie Says Opa invited bloggers to write about food that relates to music, I thought it would there would be oodles of songs, albums and band names that related to food. But I was surprised at how few there were and I started to make a list in hope of inspiration. I asked E if I should check every one of our CDs and he said no. Probably wise, given at last count there were over 800. But both of us have spent time checking over CDs for my brainstorm. Finally, he asked when was this going to stop.

Tonight I haven’t time to write up a food post so I thought I would have a bit of fun and post the list of the bands and song titles related to food. Quite a lot are in our CD collection but not all. I have had a quick look on the web and found a bit of help from the Guardian’s Top 10 Songs about Food and a useful discussion thread on edible song titles. Given all our CDs and the resources on the web, this is not a huge list. (I did omit a lot of drinking titles and stick to titles with food in them rather than Food Glorious Food and Eat It.)

I then looked for album covers with food on them. Again, it was slim pickings. The Velvet Underground's banana is a classic. I unfortunately don’t have copies of Pulp’s Freshly Squeezed, Belle and Sebastian’s Dear Catastrophe Waitress or The Rolling Stones’ Let it Bleed. All these have foodie covers, so I chose an esoteric album with a foodie title instead (below) with a pretty cover.

But I am aghast at so little food in music. It doesn’t seem right to someone like me who eats most meals with something on the stereo (check out About Me Part 1 if you want to know more about my On the Stereo that I put at the bottom of most recipe posts). I think we need more food in music. But for now, hope you enjoy the list. Let me know what you think I missed out. And stay tuned for my entry to Ellie Says Opa’s Eat to the Beat event. 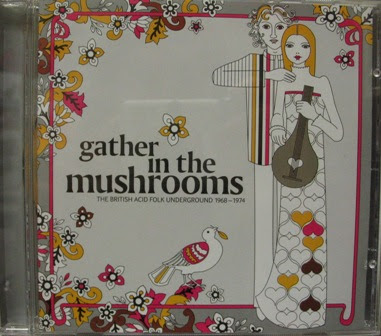 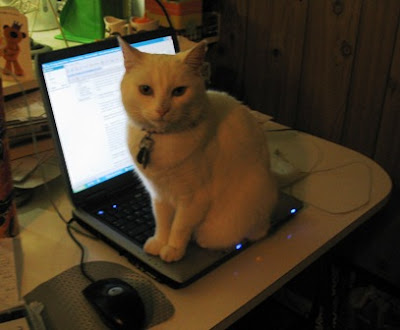 And finally, my favourite band Pulp has a great song for the end of the meal. It begins: ‘I am not Jesus, but I have the same initials, I am the man who stays at home and does the dishes.’ Or if you are our cat Zinc you just obstruct serious blogging at the end of the meal!

On the Stereo:
Jazz for Dining – Various Artists
Posted by Johanna GGG at 23:18