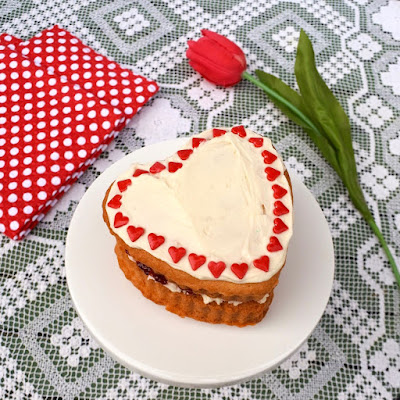 We are halfway through the school holidays and it has been a whirlwind of busy times without much down time.  Sylvia has had swimming intensive in the mornings and we have had quite a few afternoons where I worked and she went to a holiday program.  On Thursday we had a free afternoon at home.  Sylvia had been reading her cookbooks and had her heart set on making mini Victoria sponges. 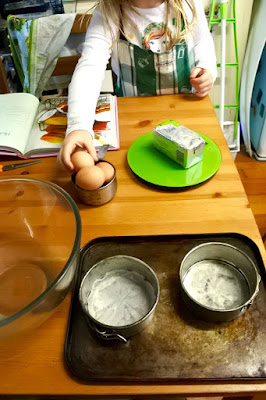 I have made a vegan Victoria sponge cake before.  The one Sylvia chose had 4 eggs.  Too many for my liking.  Yet it is a favourite of E, her Scottish dad.  Maybe this sort of cake is in her blood.  On both sides of her family.  My mum's sponge cakes were light with no butter added but we had this sort of cake that I just called plain cake.  Other people call it butter cake, vanilla cake or pound cake.

I often bake with oil or margarine.  I can see that it is a good experience to learn some basics of baking.  This is the sort of recipe where you watch butter go from bright to pale yellow as you cream butter and sugar.  Sylvia helped with reading the recipe, beating, cracking eggs, and decorating. 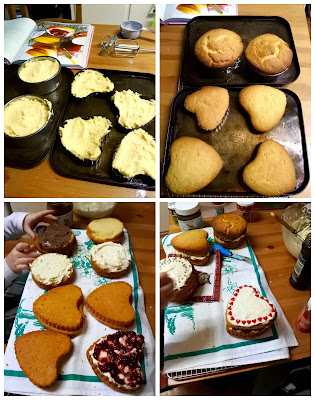 The main challenge was finding appropriate small cake tins.  I have two round ones I got from my grandmother and four small heart shaped tart tins.  The round ones were quite high so I sliced these in half.  The heart ones were far more shallow and baked quicker.  I sandwiched these together in twos.  The cakes were quite sturdy with all the butter and easy to handle. 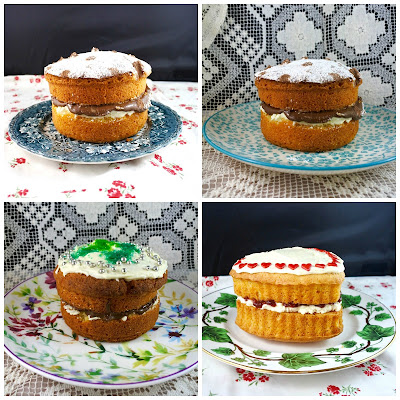 Victoria sponge also has jam with cream or buttercream (always buttercream for E) and is merely topped with a dusting of powdered icing sugar.  However I am not much of a traditionalist.  I wanted to have fun with icing.  I followed the recipe and added 2 cups of icing sugar to the buttercream recipe.  It was far too stiff to spread and needed thinning. 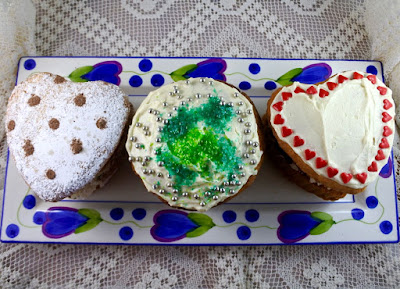 Sylvia and I chose a cake each to decorate with buttercream.  We filled one cake with jam and buttercream and the others were filled with nutella and buttercream.  For fun.  On top of the two un-iced cakes, we sifted icing sugar with had a go at using a stencil to sift hot chocolate powder in dots.  (This last part was much harder than it sounded.)

We ate the cake for dessert that night.  It was yellow and fluffy inside like a proper Victoria sponge.  I enjoyed it.  Yet I actually prefer the vegan sponge.  Or if I had had my druthers I would have made a batch of peppermint patty slice.  At least she ate a small bowl of our favourite pilaf for dinner. 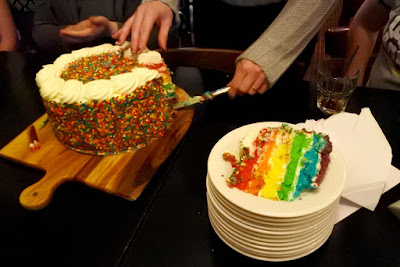 The following night we left the remaining Victoria sponges behind to eat dinner in Geelong at the Clarendon Hotel with my family for a couple of birthdays.  The cake was this impressive rainbow sponge cake. 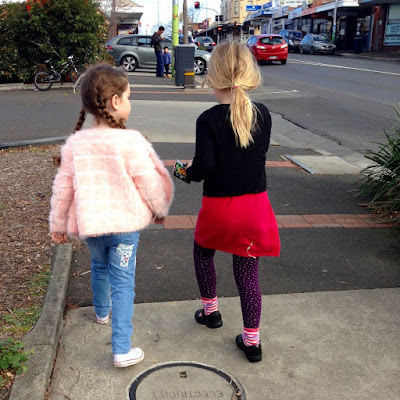 I had meant to head home the next morning, especially as it was the day of our national elections and I planned to vote locally.  (Voting is compulsory in Australia.)  However Sylvia's cousins came over to play and so we stayed.  Unfortunately this is the only opportunity we have to catch up with them during the holidays. 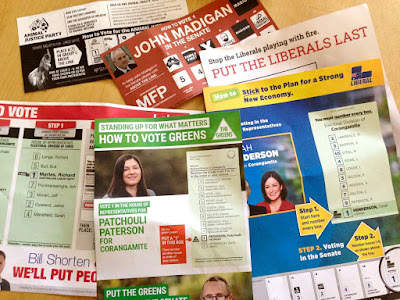 So instead I went to the local primary school near my parents' home to vote.  Here is the handful of how to vote cards that were pushed into my hand as I walked in.  I didn't leave until 35 minutes later after queuing and scratching my head over the huge senate ballot form (38 parties) that was too large to lay flat in the polling booth. 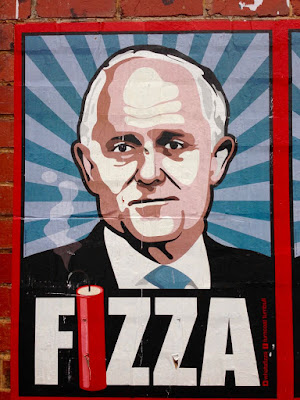 We were home last night in time for tea and to watch the election on the telly.  It was a most unsatisfactory night's viewing.  The votes were so close that I heard this morning that we might not have a result until Tuesday.  Australia has had its fair share of leadership and government changes over the past decade.  The world has seen this week how serious the ramifications of a divided party can be. (Brexit!)  I still live in hope of a strong and compassionate leader for our country.  Unfortunately this year does not seem the year for it.

I am sending this cake to Jibber Jabber for Love Cake which has the theme of Garden Party this month; to The Baking Explorer and Cakeyboi for Treat Petite; and Pebble Soup and Coffee and Vanilla for Inheritance Recipes.

Cream butter and sugar.  Add eggs, beating after each egg.  Gradually beat in the flour.  The batter is quite thick.  Spoon batter into the prepared tins, smoothing the top of each.  Bake for 20-25 minutes or until cake is golden brown and springs back when touched on top.  (I had a couple of thicker cakes that took longer to cook.)  Cool on a wire rack.

To fill the cakes, first made the buttercream icing by creaming butter, vanilla and gradually adding icing sugar until you have a thick icing.  I had four cakes that were paired up to sandwich together and two cakes that I sliced open and filled.  So either pair up cakes or slice them open and spread buttercream on one slice, top with jam or nutella.  Sandwich other cake on top.  Sieve icing sugar on top (or if you want to be pretty, use leftover buttercream to ice and decorate).

On the Stereo:
Super Trouper: ABBA
Posted by Johanna GGG at 16:07