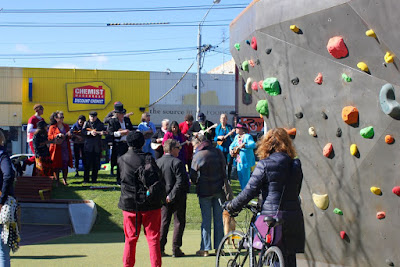 Urban architecture fascinates me.  There is so much scope for creativity and beauty in our cityscapes that I love seeing what innovators produce.  On the weekend, we went along to the official launch of the new Wilson Avenue public space where some of the road has been pedestrianised between Jewell Station and Barkly Square. 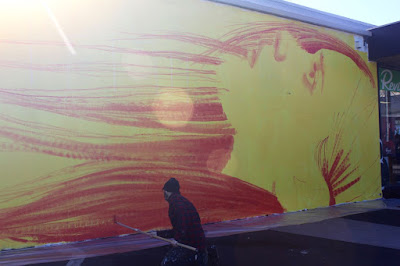 My eyes were initially drawn to the rock climbing wall in the middle of the space.  However looking around there is a lot of street art too.  We even were able to watch street art in action as one of the walls was being painted during the event.  You may remember the picture of the girl's face previously on the wall (seen in the bottom corner of the bottom photo on my post about the Wilson Ave pop up park.) 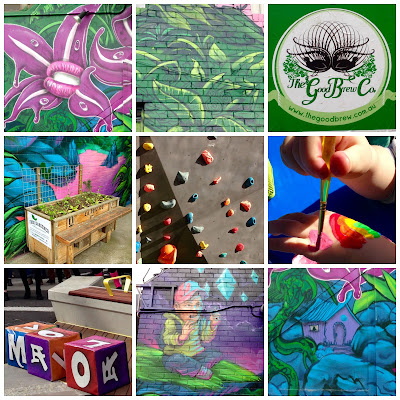 There were lots of activities scheduled for the launch.  We were there because E was playing with his ukelele pals.  First up they played on the grassy knoll and then later they played at the other end of the space. 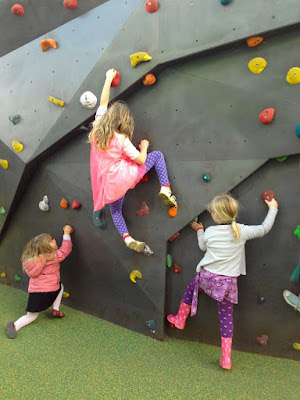 Sylvia had a go at the climbing wall.  She had lots of fun with her friend who came along.  There was a lull in the fun when they ran into each other and one of Sylvia's wobbly teeth suddenly got a whole lot wobblier (and bloody).  However they recovered to watch with awe as the samba dancer shook her booty.  They danced along to the accompanying drum band that played with high energy. 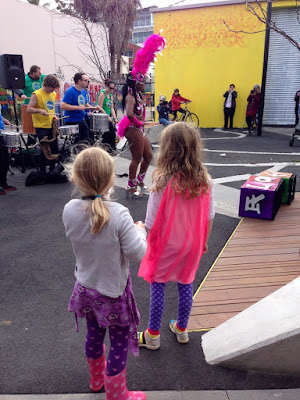 There was also a space in the program for the dignitaries to make an appearance.  I was particularly impressed at the Welcome to Country by a local Aboriginal elder.  He explained why we acknowledge elders past and present, explained about the smoking ceremony and told some local creation stories. 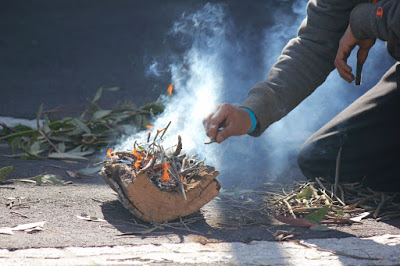 This was hipster Brunswick with the Mayor wearing purple tights, kids doing their own face painting and kombucha freely available.  I was amazed and so happy that the drink on offer was kombucha from The Good Brew Company rather than coffee (which I don't like).  I had a glass of the apple, mint and chlorophyll, which was wonderfully refreshing. 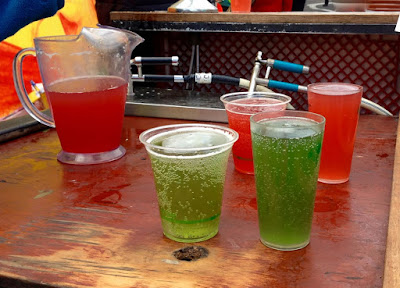 There were also people walking around with trays of food.  I didn't even bother to check if the sausage rolls were veg but I did have some scones with jam and cream as well as slices such as hedgehog and lemon slice (cut up into mercifully small squares).  I was curious to know where they were from and asked one of the waiters.  It was provided by Green Refectory. 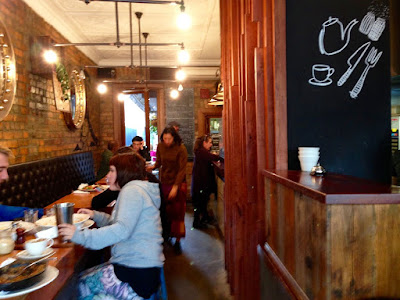 Which is perhaps why I thought to go just a few doors along to the Green Refectory pop up cafe.  The original Green Refectory is a bit further down Sydney Rd and is always busy and full of nice baked goods.  The pop up (which the waiter told me had been there for a year despite originally being planned for just 12 weeks) likewise had a tempting array of food. 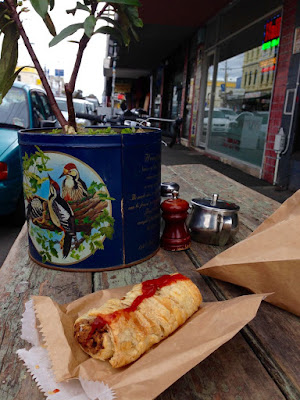 What really excited me was that they had vegan sausage rolls.  I asked what was in them and was told they had tofu and nuts.  It sounded promising.  Regular readers probably know I love vegetarian sausage rolls and make them at home often.  However it is hard to find a good one when out and about.  So I was pretty excited by these vegan sausage rolls.  They were really good.  I agree with the waiter that when the weather gets better it will be lovely to buy a takeaway sausage roll to eat in the new Wilson Avenue public space. 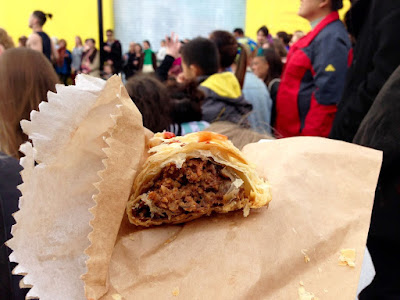 On the way home we stopped in at the St Vincent de Paul op shop around the corner.  It is a fairly upmarket charity shop with lots of quality goods but not many bargains.  Despite this, or perhaps because of it, we left with a few purchases. 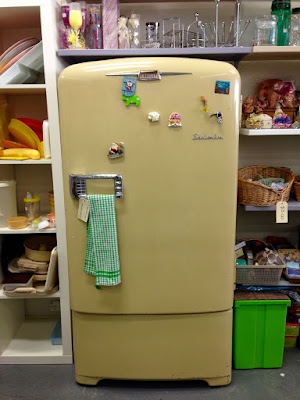 All in all we had a great time of it.  Great music, great fun, great food and great to catch up with friends.