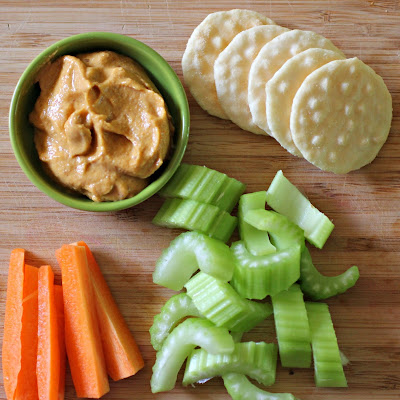 This carrot almond sauce started as bowl food and ended as dip.  I really love bowl food that looks gorgeous and is full of healthy food.  I used whatever I could find for this meal.  Also important is that putting together the bowl was quick and easy.  Strangely I am enjoying celery lately.  Which is probably a result of buying bunches of celery that I must eat through one way or another.  Fresh crisp celery is so refreshing. 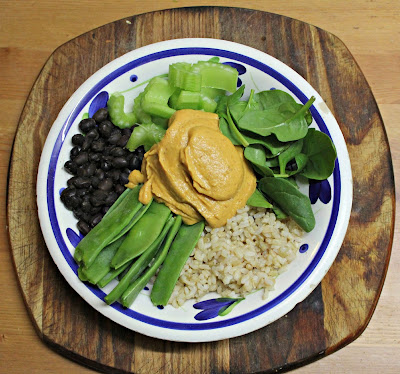 I made some changes to the carrot ginger almond sauce I found at Coconut and Berries.  Emma used almond nut butter.  I had no nut butter on hand so I used whole almonds which blended easily in my Froothie high powered blender.  I also found it easy to use sriracha rather than fresh ginger.  I forgot the turmeric but left it in the recipe as I will use it next time.  And I added some milk to help it blend, which still resulted in quite a thick sauce.  More dip than sauce actually.  But what's in a name.  It was light and really tasty - spicy, smoky, sweet - and lifted a bowl of grains, beans and vegies. 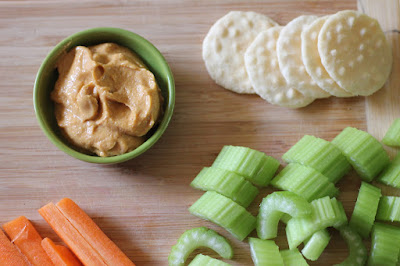 And I will end with a few random moments:

I am sending this to Meat Free Mondays and Healthy Vegan Fridays.

On the stereo:
Turn turn turn: Dan Zanes and Elizabeth Mitchell with you are my flower
Posted by Johanna GGG at 11:55