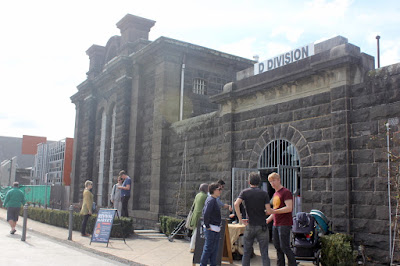 On Saturday the sun shone kindly on our wintery world.  Sylvia and I hopped on our bikes and rose along to the Urban Revival Market in the D Division Block of the former Pentridge Prison.  This was an opportunity to see inside the old gaol and check out some artisan market stalls. 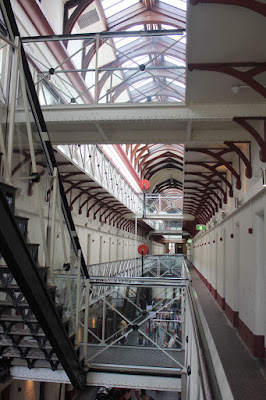 Pentridge Prison (aka "Coburg College") was built in 1850 and officially closed in 1997.  D Divison has been a female prison, the site of the last hanging in Australia and a remand prison.  It now is available for weddings, kids parties and sleepovers.  And hosts the occasional market like this Urban Revival one which was on the ground floor of three levels of cells.  It was both unsettling and impressive when we turned the corner and saw the rows of cells before us. 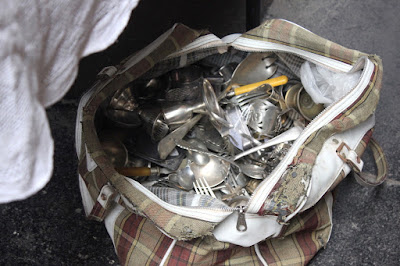 One of the first stalls we saw was the Luda Vintageware.  They had old crockery, vintage fly spray cans and a pile of suitcase.  I was most amused by an old bag of silverware that looked like exactly the sort of thing that might have helped criminals find their way in here when it was a functioning prison. 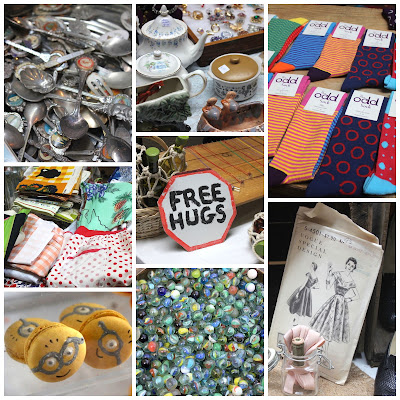 I enjoyed looking at some of the old crockery and linen.  Sylvia loved rifling through the marbles and sampling a Minions banana chocolate macaron from the friendly Colette at Chocolette Patisserie. 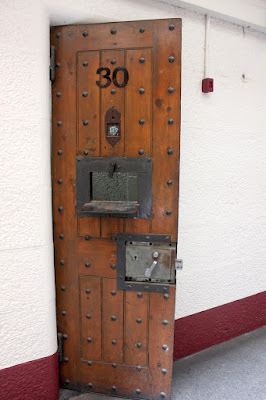 As we walked along looking at the stalls, we also peeked in the old cells.  Most were empty.  A few were dumping grounds for odd stuff like what looked like a huge deflated blow up mattress.  Some of the stall holder used them for storing goods. 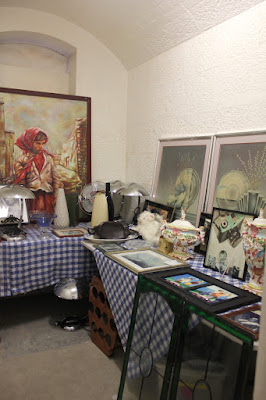 One stall holder even had their wares on display in a cell. 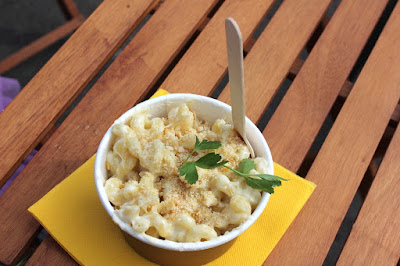 The market didn't have much in the way of food.  Macarons, a Silician stall and the Twisted Mac stall.  We shared a plain macaroni cheese ($8) and it was so delicious.  I was pleased to find something simple that Sylvia could eat.  You could also buy macaroni cheese with fancy toppings. 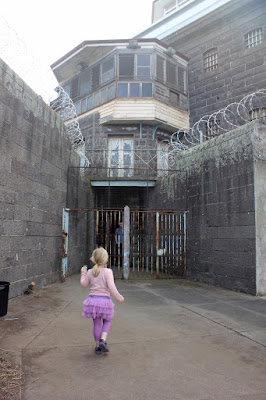 We ate in what I think was the old exercise yard, complete with a watch tower and barbed wire at the top of the walls.  It was the least impressive part of the market because there weren't many stalls there and at one side was a heap of rubble.  We arrived as a band was ending.  It might have been a bit more lively if the music was still playing. 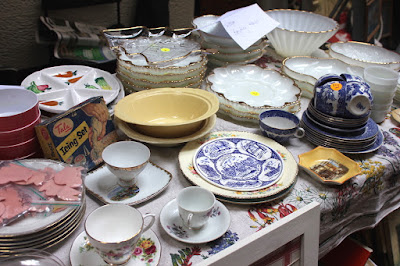 As it was, we headed back inside to check out more old crockery, buttons and fun socks.  E had been at a gig and was late to join us.  He was pleased to see some crates of used vinyl LPs and found himself a Peter Paul and Mary record to purchase. 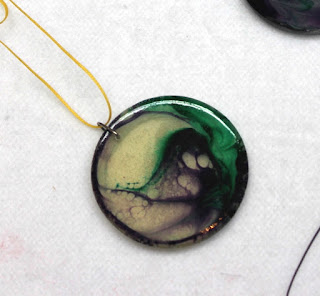 This necklace was my favourite item on display.  The swirls of green and purple in the glass were so gorgeous.  I didn't buy it.  I probably should have.  I might not have worn it a lot but would love to see it catching the light in a window. 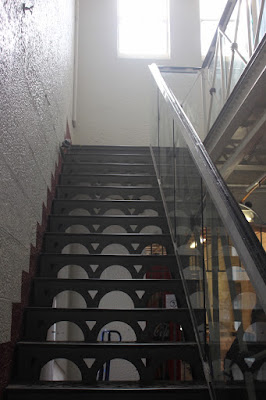 It was great to get out on a sunny winter afternoon and interesting to see inside the old prison.  It is very atmospheric. 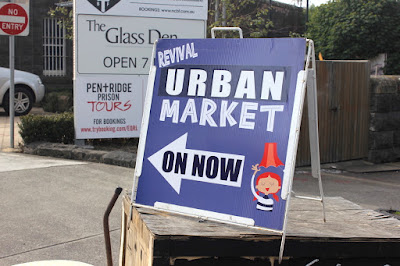 This Urban Revival Market was a one off.  This is perhaps just as well.  There have been a couple of attempts to hold regular markets here but neither have gained the traction they need.  However as this area of Coburg continues to develop, perhaps the time will come when it is viable to have a regular Pentridge market.  Meanwhile there are a couple of cafes in the old Pentridge complex: the Glass Den and the Boot Factory.  I hope to visit and write about these some time.
Posted by Johanna GGG at 22:22