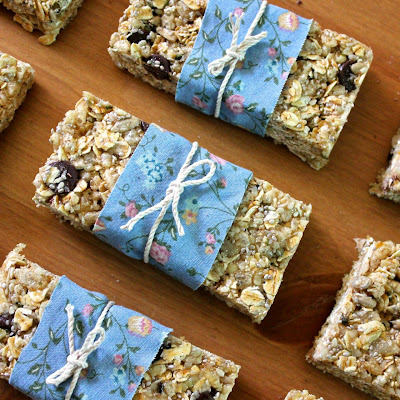 This morning I gave Sylvia the choice of pink iced cupcakes and glo bars.  She chose glo bars.  I was most pleased at my success with the healthier treat.  Then she says, but don't make them again because I don't like them that much.  As if I wont be making them again! 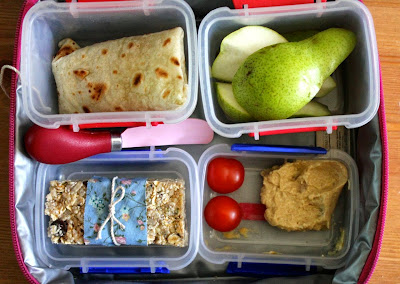 For those who haven't had the luck to come across Angela Liddon's Oh She Glows vegan blog, you might not be aware of this signature recipe of hers that has been reproduced in her cookbook that came out this year.  I love her blog and have loving making a few of her recipes.  This one was no exception.

E commented that it was one of the better healthy bars I have made.  And to prove it we just kept nibbling away at them.  They were so good.  As well as being full of good seeds and oats, no refined sugar, and easy to make gluten free and vegan. 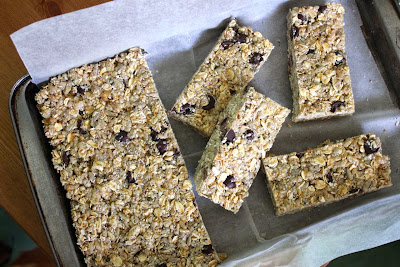 Now a note about the photos of these bars.  Muesli bars are among the most boring looking food.  They are meant to be healthy rather than pretty.  I really liked Angela's styliing the bars with fabric (and had also seen Mihl do it too recently with baking paper under the fabric).  I also had a look at FoodGawker for ideas.

Then I ripped up an old dress of Sylvia's that she had worn out, literally.  When she got home and saw what I had one she gave me one of her scary disapproving frowns. 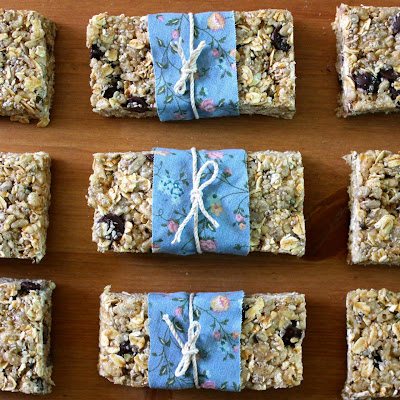 Yet for all Sylvia's displeasure at me ripping up her old dress for the blog (even though it was already quite ripped), she and her friends seemed to enjoy the novelty wrapping.  So this morning I asked what she liked about the bars.  The wrapping?  The choc chips?  The rice bubbles (which we used for puffed rice)?  Nope!  It was the oats.  Kids are so unpredictable.

I am sending these bars to Ros at the More Than Occasional Baker for Alphabakes, a blog event she runs with Caroline of Caroline Makes, challenging us to bake focusing on a different letter each month.  This month the letter is H and so I have H for hemp seeds.

Line a slice tin or a 23 inch/9 inch square tin with baking paper.  Mix oats, puffed rice, seeds, coconut, cinnamon and salt in a large bowl.  Heat rice malt syrup and nut butter on stove top or in microwave until warm and gooey.  Mix into dry ingredients - you will need a lot of elbow grease to this as it is hard work.  Mix in choc chips (make sure mixture is cool enough that they don't melt).  Press firmly into prepared tin, using damp hands.  Chill in freezer for 10 minutes or in fridge for about an hour.  Cut into bars.  Keep in fridge for up to 2 weeks or you can freezer them.

UPDATE December 2016: I made these with tahini for the nut butter, sunflower seeds instead of the hemp seeds, shredded coconut rather than desiccated coconut, and added 3 tbsp cocoa.  They were really good.  I have also made them without choc chips and drizzled chocolate over the top.

On the Stereo:
Hal David and Burt Bacharach: the Songbook Collection: Various Artists.
Posted by Johanna GGG at 10:30