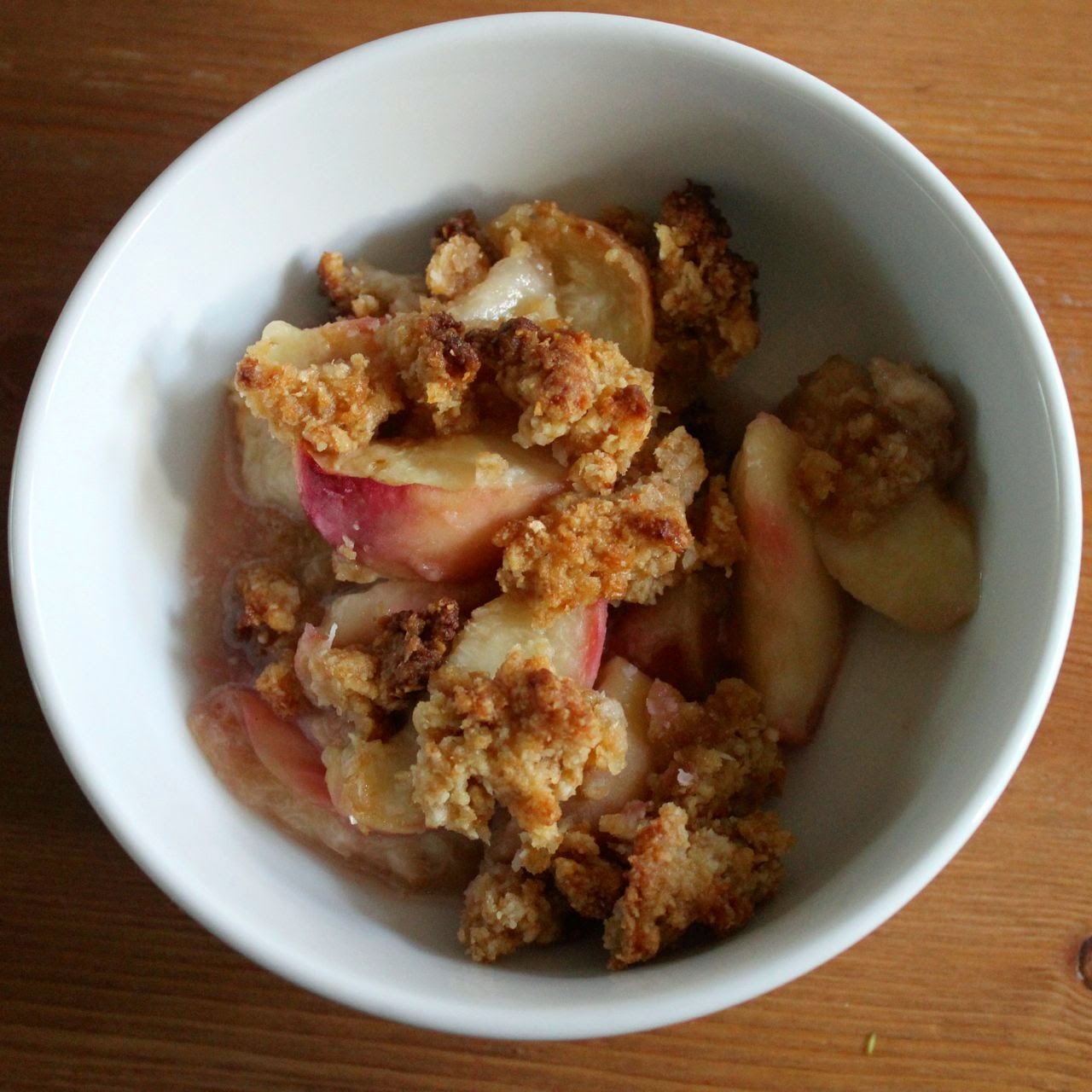 The other night Sylvia was watching ABC3 - she is a big girl now!  The show was the Legend of Dick and Dom and they were encountering the Neehi Tribe.  This tribe of children forbade vegetables, fruit and bedtime.  All they ate was chips.  Yep!  That sounded very familiar.  Well the chips did!  Sylvia sometimes recoils at vegies but mostly she doesn't do too badly!  On the night I made peach crumble, she asked for broccoli and peas, and then swiped a cucumber I was nibbling on.  In one of those fickle moments she was more fussy about dessert than her mains. 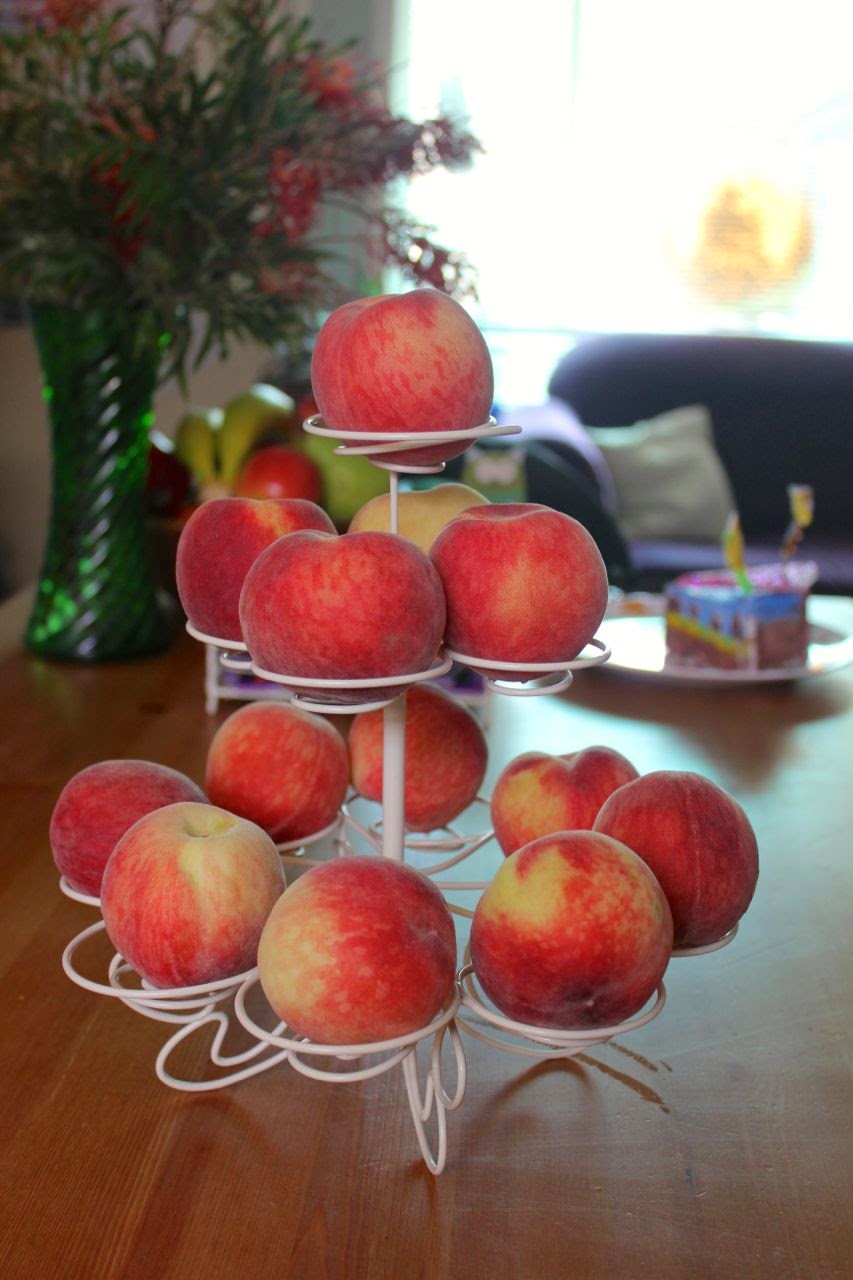 Like many meals these days, the peach crumble was not planned.  My mum left a cupcake holder at our place.  Sylvia put a few peaches and said we needed enough to fill it.  Before I knew it I was at the supermarket buying up on peaches.  It was fun for a bit.  Then I wondered what to do with them.  Despite my last attempt at peach crumble being disappointing, I decided to have another go. 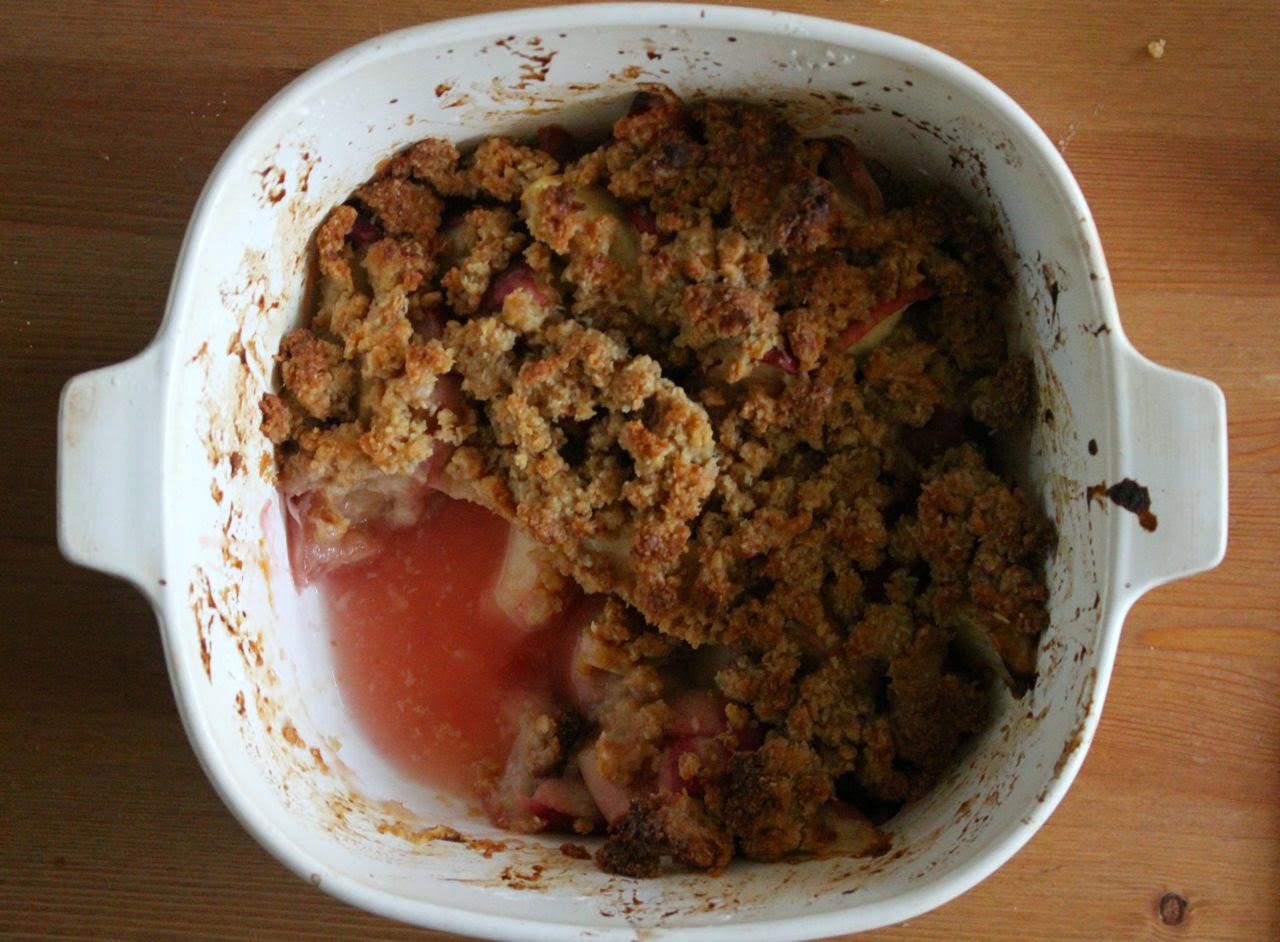 Let me tell you how much I loved this crumble!  Sylvia and I had some when E was still on his way home.  I hatched a plot to tell him we never made the crumble, hide it in the oven (he would never look there) and eat it all myself.  Mwahahaaaaa!

This time the crumble was lighter which I think suited the delicate white peaches.  The peaches were almost ready to eat rather than the tougher ones last time.  They just melted in my mouth and left a delicious pink juices pooling on the bottom of the dish.  It was a very lightly sweetened crumble.  The flavour of soft juicy baked peaches was so magnificent that I didn't think they needed much sugar. 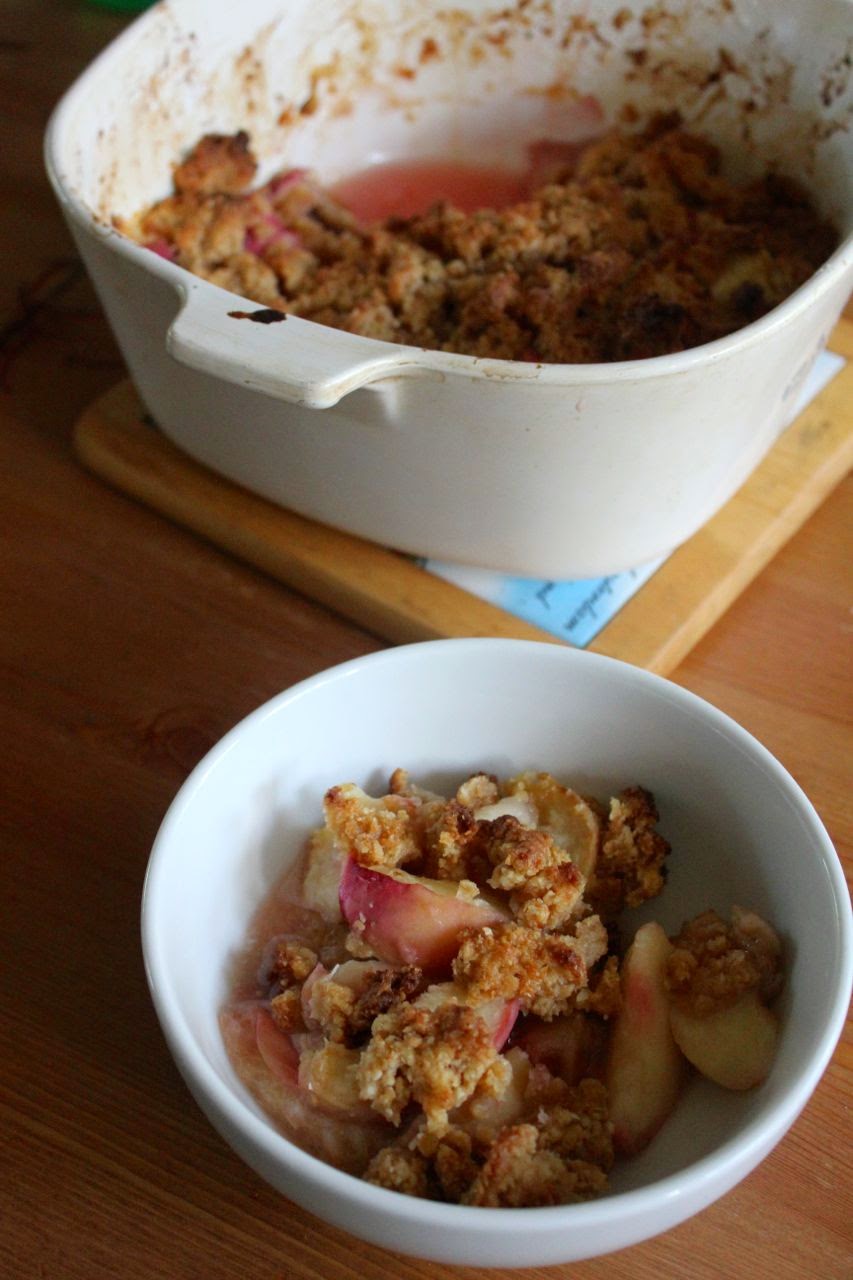 This is a crumble for fruit lovers.  It didn't have enough crumble for E or Sylvia.  In fact Sylvia took a dislike to the peach skin because the slices of peach were too large for her.  But I could have eaten the whole crumble.  It was that good.  It was nice the next day but not as superb as the first night.

I don't do much baking with stone fruit.  I love it fresh so much that I am always loathe to bake with it.  This experience showed me that baking with stone fruit early in the season is the best time for it.  The fruit has not yet reached its peak and it feels like the season will last forever.  I'd love to make this again but we are eating the peaches at some rate.  Maybe next year!

I am sending this crumble to:

Preheat oven to 180 C.  Roughly chop peaches and mix with sugar and cornflour in a 23cm square dish.  Rub the butter into the flour, almonds, coconut and sugar until you have lots of buttery lumps.  Scatter over the peaches.  Bake for 30 to 40 minutes or until crumble is golden brown.  Eat warm or at room temperature.

On the Stereo:
Thursday's Fortune: Club Hoy
Posted by Johanna GGG at 22:30