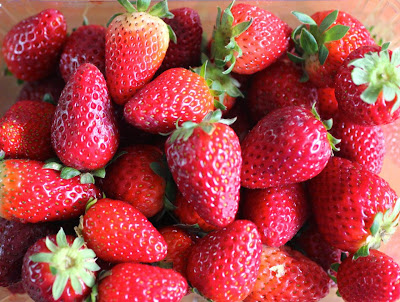 In my kitchen are signs of summer.  The days are getting hot enough to want to avoid turning on the oven.  Berries and stone fruit are coming into the stores.  Strawberries are at the farmers market.  We ate them as they were.  We bought more last week to eat with butterscotch and gingerbread ice cream! 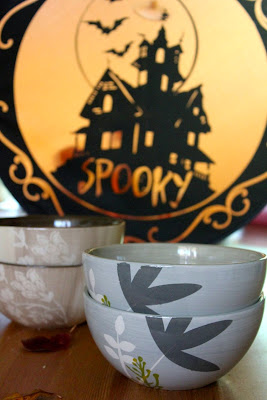 In my kitchen are new bowls.  They were a $2 each from the bargain shop down the local high street.  Expect to see them in a photo on this blog soon.  If they don't all smash like the one yesterday morning.  We served a lovely pumpkin, chickpea and rice soup in them last week. 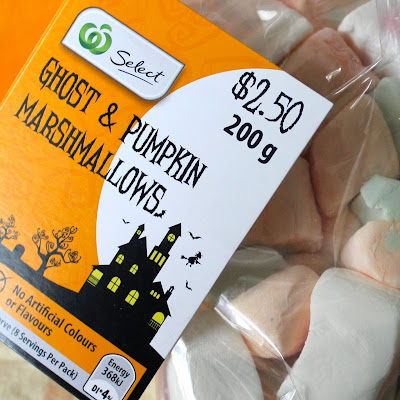 In my kitchen we have the remains of a packet of Halloween marshmallows.  They are not vegetarian.  I prefer vegetarian marshmallows but they are hard to find and E and Sylvia love them so. 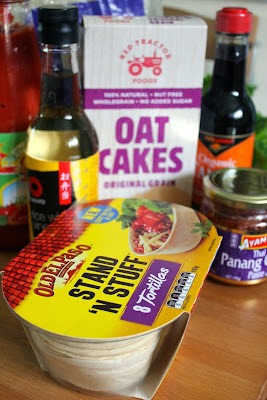 In my kitchen are Stand 'n' Stuff Tortillas.  They are almost like a soft taco - much smaller than I expected.  You can see a photo of them alongside my Mexican corn gnocchi.  I still have half the packet and it seemed fresh enough days later in a plastic bag but with the hot weekend just passed I really need to use them up. 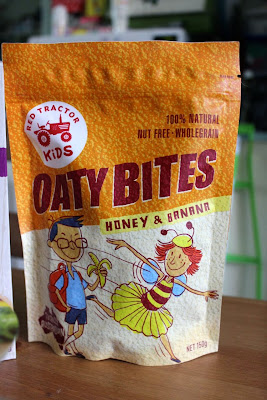 In my kitchen are oaty bites.  They are great little healthy snacks with minimal sweetness.  (They also come in apple and sultana.) I thought they would be great for the lunchbox.  Sylvia disagreed. 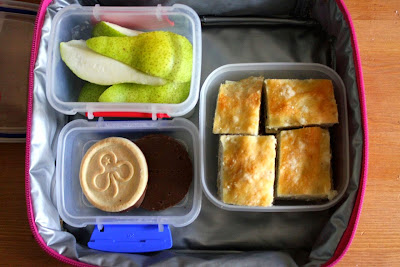 In my kitchen the lunchbox is filled five days a week.  Sylvia loved having the chocolate-covered Girl Guide biscuits.  When I was young these were often in our kitchen.  Never covered with chocolate.  I bought these for nostalgic value. Oh and I also gave her some pear and a home made focaccia sandwich. 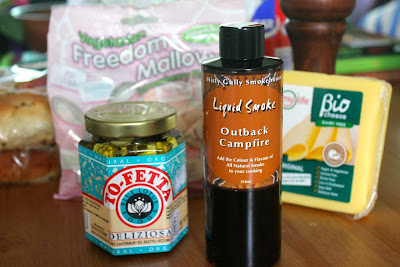 In my kitchen are some great vegan goodies from a visit to the Mad Cowgirls Vegan Bakery.  I bought some vegan marshmallows.  E and Sylvia are banned from them so that I can use them for baking.  Hope they don't melt in the heat now I have opened them for the monster cake.  Bio cheese is the best - see melty picture with a recent burger.  Tofetta is pretty good - used in this gnocchi.  But I was most excited to find Australian liquid smoke.  It is made by Misty Gully who I have now discovered are really all about smoking meat.  But isn't Outback Campfire a great name for Liquid Smoke! 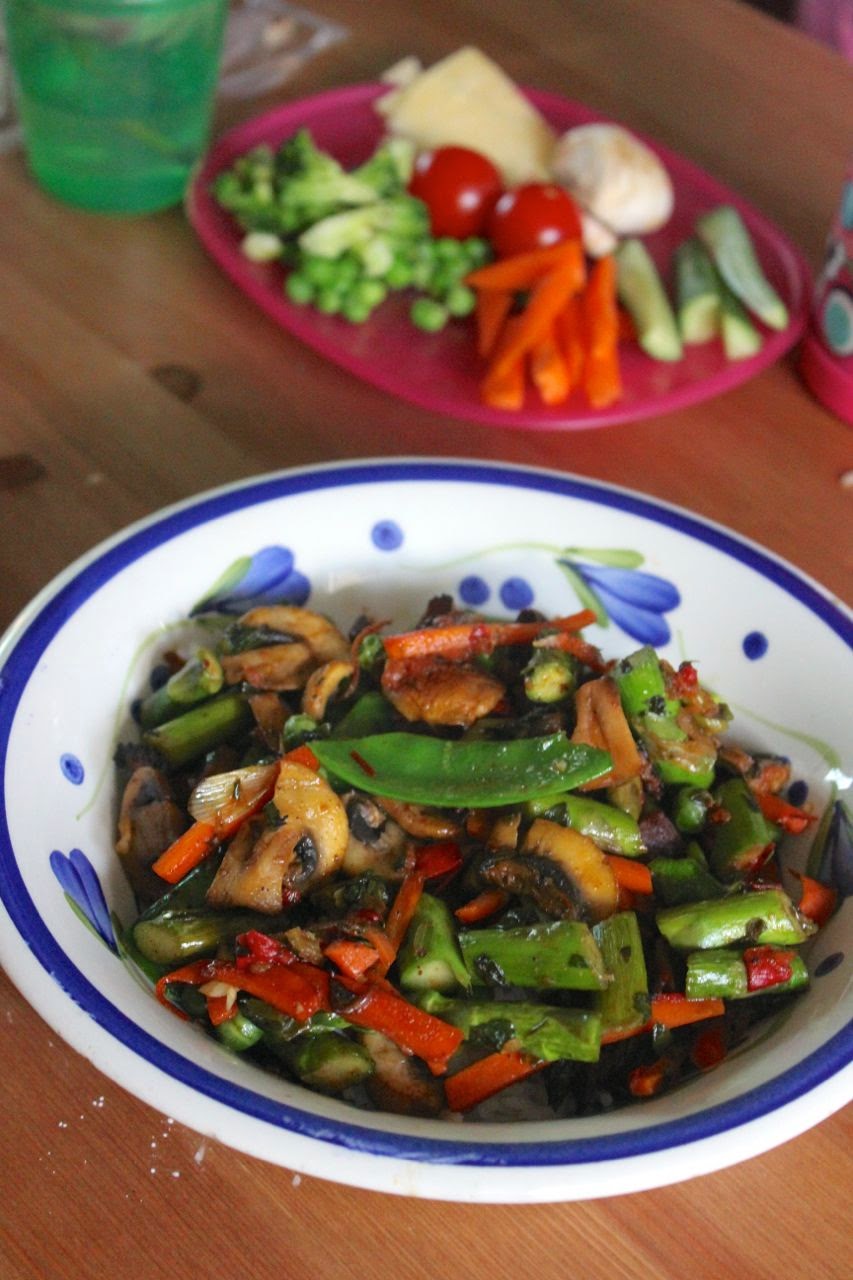 In my kitchen are many easy meals thrown together without recipes or notes for the blog.  Here is a sort of stir fry flavoured with old bay seasoning, tamari, mirin and maple syrup.  It was really good with rice. 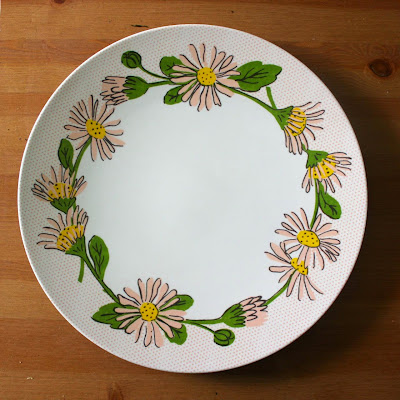 In my kitchen is this gorgeous melamine daisy plate from Mozi in Melbourne Central.  I love their homewares and their hand creams too.  I admired this plate quite a few times before I got worried they would sell out and had to have one of my own. 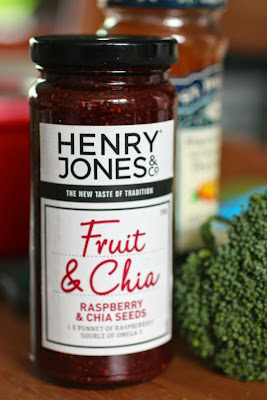 In my kitchen is a new brand of jam I spied in the supermarket.  I have never heard of Henry Jones before but apparently it is an old company related to IXL whose jam is quite common in the supermarkets near me.  Much as I love making chia seed jam, it does not last long.  So I was interested to see a commercial chia jam.  It is made in Australia, low in sugar and tastes great. 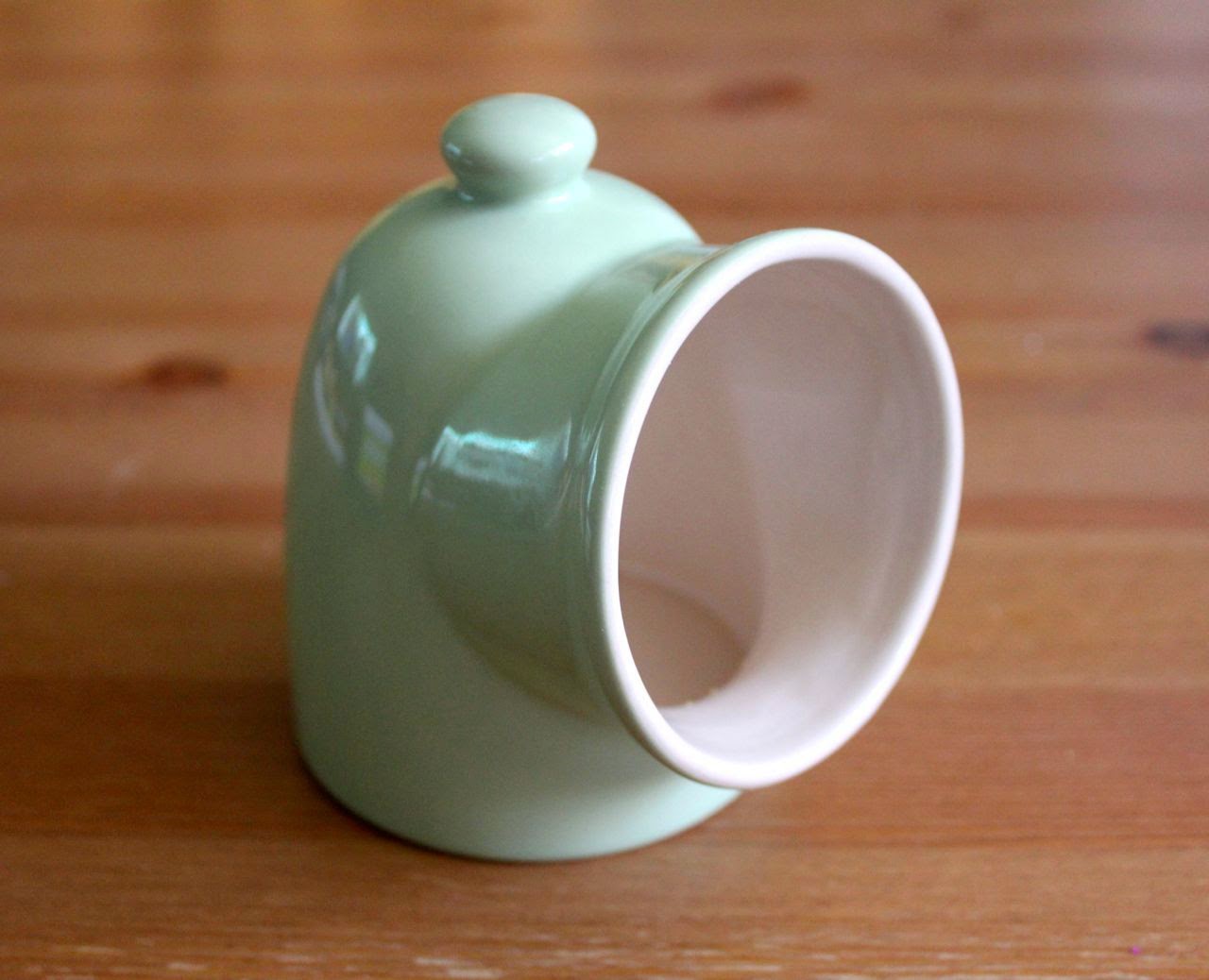 In my kitchen is a new and old salt hog.  You may remember I had one exactly the same and smashed it a few months back and had to replace it with a soulless salt keeper.  In one of those moments when world feels like a warm and fuzzy place, the lovely Veganopoulous found one the same as my old one in an op shop and gifted it to me.  Isn't she generous!  Aren't bloggers the nicest people!  Isn't blogging great!

I am sending this post to Celia at Fig Jam and Lime Cordial for her In My Kitchen event.  Head over to join in (by 10th of each month) and/or check out what is happening in other bloggers' kitchens.
Posted by Johanna GGG at 20:25