Update: scroll down for list of Vegan MoFo 2013 posts.

Today heralds the beginning of a month of Vegan MoFo madness!  Yes, after doing Vegan MoFo in 2011 and 2012, I am back for a third year.  For the uninitiated, Vegan MoFo means Vegan Month of Food.  It is a month where bloggers all over the world post almost daily about vegan food and experiences.  So for September, this blog will be vegan*.

My 2013 Vegan MoFo Theme:  TV Dinners
This year, for the first time, I have decided to cook with a theme.  As my blog seems to be an intersection of recipes, memory and popular culture, I have chosen TV Dinners.  Hence my snazzy Vegan MoFo logo.  I will be creating a range of food that is inspired by television shows in some way.

I will be a bit fast and loose with my theme but it does not include tv cooking shows.  Generally the television shows will be ones that I know and love.  It will be fun.  It will also reflect on how eating a vegan diet doesn't mean you can't still have links with the mainstream food culture.  I will also slip in the odd post that doesn't quite fit with the theme, such as In My Kitchen, that I do each month.

Update November 2013: I have decided to continue the theme beyond Vegan MoFo - for a more updated list go to my  TV Dinners page. 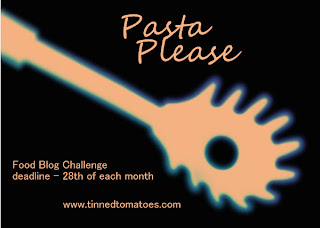 Busy Times
I started preparing for Vegan MoFo a few months back because Vegan MoFo demands more posting than I usually do (at least 20 posts in the month) and because I had decided on a theme.  Then I found it was September not October.  Argh!  I had already arranged to host Jac's Pasta Please blog event and to go away on holiday this month.  And I was unwell for a few days over the last week of August.  Thank goodness for the pre-scheduled posts and Jac's flexibility.

If you would like to send me a pasta dish this month featuring long pasta that would be wonderful (check the event details here).  If I am not responding at all, I am either inundated or on holidays.  And if you happen to see me down the street, I will probably look like this: 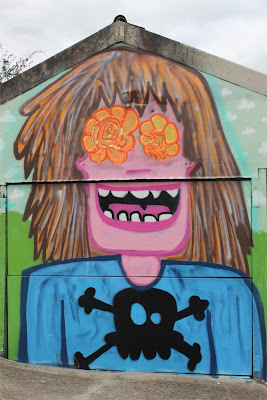 * NOTE: I am vegetarian, not vegan.  However keeping the blog vegan for a month isn't too much of a stretch for me.  I don't like the taste of eggs and am not keen on milky or creamy food.  We use vegan milk and margarine in our house.  I do love cheese but love experimenting with making vegan cheese.
Posted by Johanna GGG at 21:45