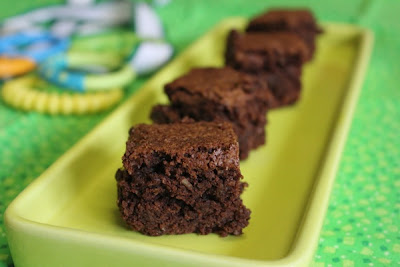 Lately I have had a hankering to bring together chocolate and coconut in baking.  Now let me make myself clear.  The more I look at the recipes of my childhood, the more I see how much they included coconut.  In these days, 'coconut' meant unsweetened dessicated coconut.  Nowadays, 'coconut' can mean coconut milk, coconut cream, coconut oil, coconut butter, or large coconut shreds or flakes.  When I say chocolate and coconut, I am referring to dessicated coconut. 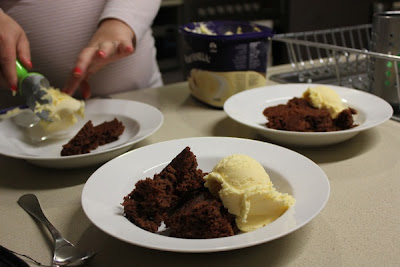 Last week I went to visit my sister Fran and took along a chocolate coconut slice from Emily Rose's Have Your Cake.  I'd admired the picture so long but it was more slice than cake.  (I should have let it cool in the tin rather than turning it out like a cake.)  It was nice but not what I was after.  We ate it for dessert with ice cream.  Sylvia had sprinkles on hers, which she loved. 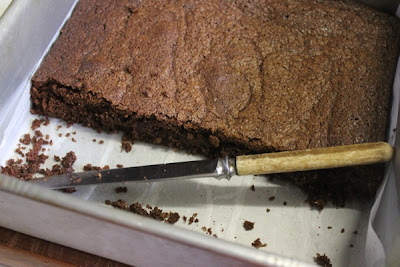 On Sunday night I tried again with some Fudgy Coconut Brownies. that I had seen at Chocolate Log Blog and Nip it in the Bud.  They were easy enough to fit in between Grand Designs and a documentary called Roman Polanski Wanted and Desired.  They are incredibly soft when they come out of the oven and need to cool down in order to be firm enough to cut.  The smell of chocolate wafting through the loungeroom was very very hard to ignore. 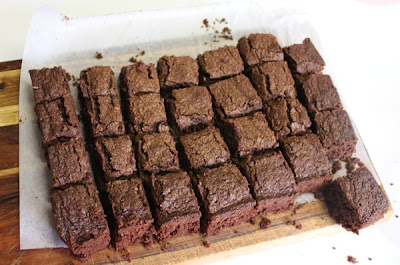 Last night E and I stayed up until 1.30am to watch the Closing Ceremony of the London Olympic Games.  While Olympics aren't usually our thing, the ceremony was all about British music, which both of us love.  It was fantastic entertainment.  From the raw emotion of footage of John Lennon singing 'Imagine', to the humour of Eric Idle singing 'Always Look on the Bright Side of Life', to the unabashed enthusiasm of the crowd singing along with Madness to 'Our House'.  I also admired the strength of Gary Barlow who sang with Take That, a week after his baby girl, Poppy, was stillborn.  We had bangers and mash for dinner, a crisp sandwich and brownie.  Not the most wholesome food but it fitted right in with the relaxed vibe of the evening! 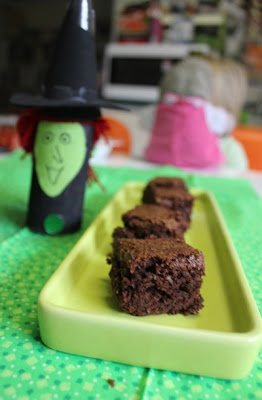 I am in love with this brownie.  The texture of dessicated coconut is a bit more subtle than what I was after.  I've written a list below of other recipes to try from other blogs.  However the dense, chocolatey, fudgy brownie with a little bonus of coconut, is just heavenly.  According to Sylvia, wicked witches also love the brownie.

As I had bookmarked this recipe from both Chocolate Log Blog and Nip it in the Bud, I am sending these brownies to Tinned Tomatoes for Bookmarked Recipes, an event founded by Ruth's Kitchen Experiments.

More chocolate and coconut sweet treats from other blogs:

Place cocoa, butter and sugar in microwave proof mixing bowl.  Heat in the microwave until butter is mostly melted (because it will keep melting after it comes out - this took me about 1 minute).  Stir in eggs.  It will thicken slightly and look glossy and gorgeous.  Stir in flour and coconut.  Pour into prepared cake tin.

Bake for about 45 minutes.  Check after 30 minutes and cover with foil if it is browning on top too quickly.  I think the only way to know it is done is that the top is cooked but it will be so soft in the middle that I didn't bother with a skewer - after all brownies should be a bit gooey in the middle.  Cool in the tin.  Cut into squares.  Keep in an airtight container.

On the Stereo:
The music of Ennio Morricone (A Sunday Times free CD)
Posted by Johanna GGG at 22:37