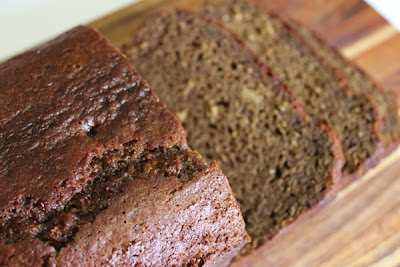 After our visits to Open House Melbourne on Saturday, I came home and baked treacle gingerbread and Heidi's easy little bread.  E said he wanted donuts.  He ate two pieces of gingerbread.  He said he loved the treacle flavour.  The gingerbread was magnificent.  Dark.  Soft.  Sticky.  Easy to slice.  Full of flavour but not too sweet.  Amazing warm out of the oven.  Delicious at room temperature with butter. 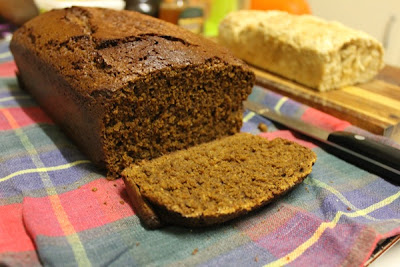 It is a wonderful old fashioned recipe that was forgiving of my faults.  I made the mistake of sitting my jug full of other ingredients on the scales to measure 250g of treacle while Sylvia ran at me.  I poured in 280g and tipped out a little of the wet mixture.  I was tired and busy but I could not get the gingerbread out of my mind.  I found the recipe on Tinned Tomatoes and I suggest you head over to enjoy Jacqueline's beautiful photos which do far greater justice to the loaf than mine. 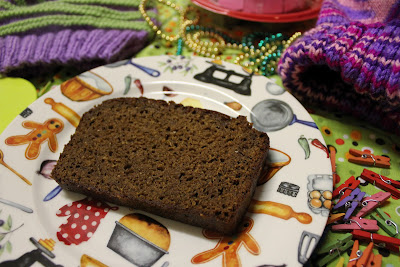 On Sunday, I headed out again to view more of Open House Melbourne.  Another day of rain, walking and beautiful buildings.  Two out of three venues did not allow internal photography.  The websites I link to have better photos anyway, but I will share just a few glimpses of each building. 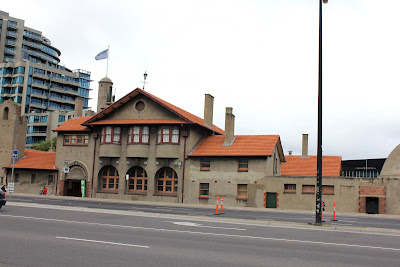 My first stop was the Mission to Seafarers where Flinders Street meets Wundjeri Way.  I have often driven past it but not given it much thought.  It is mostly built in Arts and Craft style with some Spanish Mission influences. 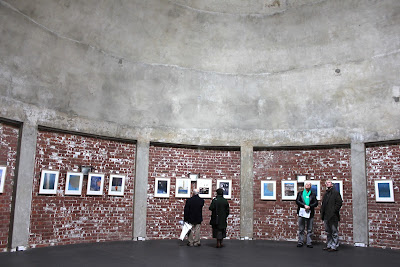 The Dome Gallery has rugged charm, the recreation room has gorgeous domed windows that fill the space with sunlight, and the chapel has some great stories in the stained glass windows.  I found the below image particularly moving.  I also loved the telephone booths in the corner and bought a couple of woolly hats (above) for a bargain $2 each. 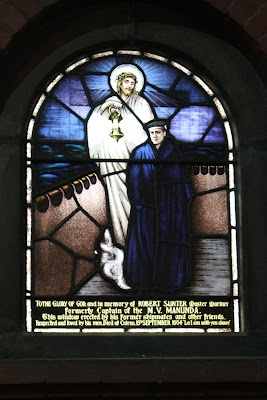 Next was the Supreme Court of Victoria (below)  It is an imposing edifice, building with gold rush wealth in the Nineteenth Century.  I really enjoyed visiting a few of the courts but I was particularly impressed with the Library.  Large portraits of influential judges look sternly upon the visitor as we gaze up at the domed ceiling.  Wee kangaroos decorate the central light fittings.  The shelves of faded old tomes speak of generations of lawyers studying at the solid wooden desks.  If I had been more organised I would have loved to do a tour of the dungeons but alas it was not for me this year! 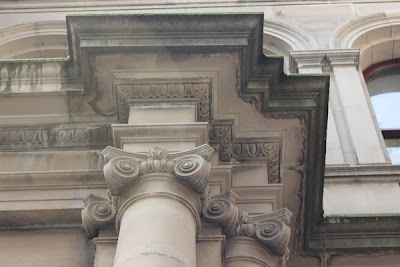 Lastly was the Melbourne Town Hall.  This is a building with which I have had occasional experiences.  It was the venue where I have organised both a tour and a symposium, performed on stage with a choir and attended concerts such as the Choir of Hard Knocks.   Below is the view from the balcony.  I also enjoyed the gum leaf decorations on the ceiling of the grand council chamber and the photos of Moomba Kings and Queens.  I was amused by a story of a visit by Queen Elizabeth where a very expensive tea set was purchased and she just wanted a glass of orange juice! 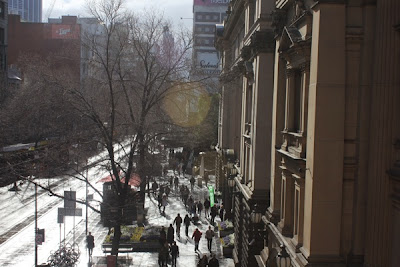 I arrived home to gingerbread and heidi's bread.  Oh happy days!  Sylvia and I had time to make an alien in a space ship (out of old tubs, a paper plate, pompom and an egg carton) that I found on Mr Maker.  Then we made some pasties for dinner.  But that is a story for another day when I have a bit more energy.

Previously on Green Gourmet Giraffe:
One year ago: Cake pops and some healthy truffles
Two years ago: Nutty fries and other people’s plates
Three years ago: Apple and date cake
Four years ago: Do I dare to cook with one less pear?
Five years ago: Baking cake for climate change

Combine all dry ingredients (including brown sugar) in a mixing bowl. Measure treacle in a large jug (I did this in a 2 cup jug and found it a bit small to mix it as vigorously as I would like).  Add the milk, olive oil and eggs and whisk well with a fork. 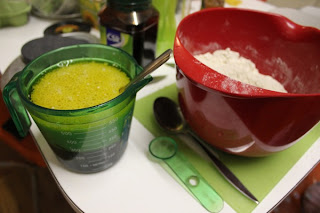 Pour wet ingredients into dry ingredients and mix until combined.  Tip batter into the prepared tin. 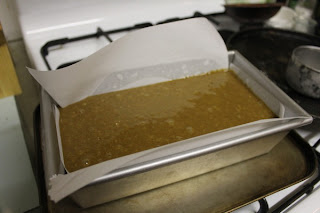 Bake for 40-45 minutes (I baked mine for 1 hour 15 minutes because my oven is slow).  It is ready when darkened, pulling away from the sides and a skewer inserted in the middle comes out cleanly.  Leave in tin for 5-10 minutes and turn out onto a wire rack to cool. 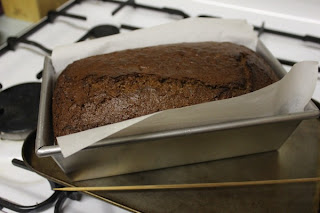 Great eaten warm or at room temperature with butter.  It is best when kept up to 3 days in an airtight container (ours kept 4 days but was starting to dry out a wee bit by then - still very edible).

On the Stereo:
The Boy with the Arab Strap: Belle and Sebastian
Posted by Johanna GGG at 22:58