In my kitchen and craft August 2012 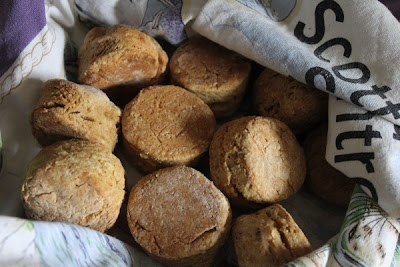 We have spent most of the weekend at home after a week of illness last week.  In my kitchen I have been baking.  I was inspired to make Treacle scones by the announcement of International Scone Week by Celia, Joanna, and Heidi.  I used a slightly different recipe (by Ena Baxter) to my usual.  It needed more milk.  I need to learn to judge scone dough consistency.  So instead I am sending this post to Celia for her In My Kitchen Series. 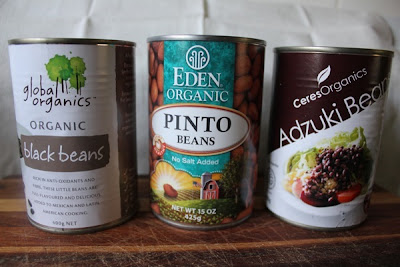 In my kitchen are tins of beans I don't usually find canned.  Black beans.  Pinto beans.  Adzuki beans.  They were purchased at Wholefoods in Brunswick.  I am still deciding how to use them. 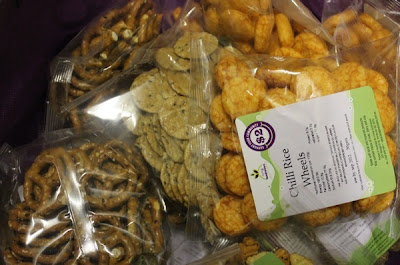 In my kitchen we have been enjoying snacking through pretzels, soy sauce rice crackers, chilli rice wheels, rice snacks, and fruit balls.  This is the best fundraising package so far from Sylvia's child care centre.  We sold a few but we enjoyed them too much to hawk them about much. 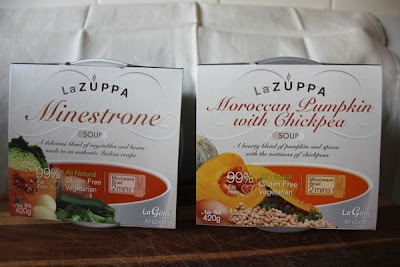 In my kitchen these La Zuppa soups are just passing through.  I take them to work to eat for lunch if I don't organise a packed lunch.  I used to be very good at making my own soups to have at work but I don't make them as much these days so I usually rely on leftovers or sandwiches if I like the bread we have about the house. 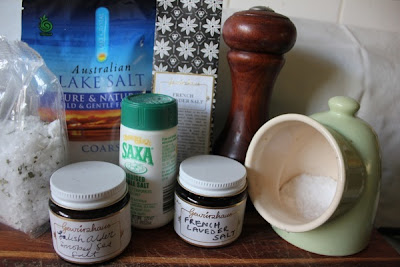 In my kitchen are many salts.  I was surprised at how many I had when I decided to photograph them together.  Saxa is the cheap supermarket salt.  Wild garlic salt (in the plastic bag) bought in Healesville.  Maldon salt is in the spice hog.  Australian Lake Salt is yet to be opened.  French Lavender Salt and Fumée de Sel (smoked salt) come from Gewürzhaus in Carlton (where I did a double take at $13 for a small bag of smoked salt).  I don't know how I became such a salt fiend! 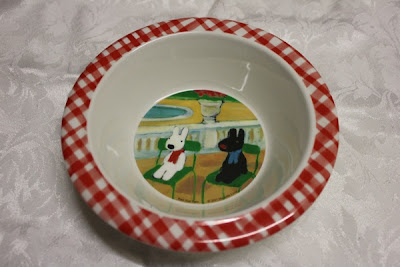 In my kitchen is a new Gaspard and Lisa bowl that my mum brought Sylvia back from Paris.  Sylvia loves watching this cartoon on the telly.  Unfortunately the ABC seems to have been changing around a lot of kids shows and a few that she loves have been taken off the schedule. 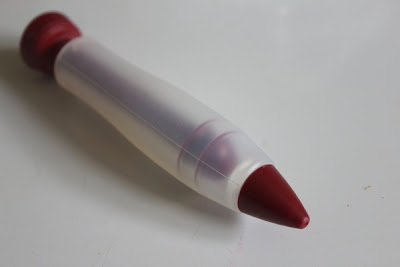 My mum also brought back an icing pen for me.  I haven't used it yet but am looking forward to doing so.  I am sure it will be very handy for icing birthday cakes! 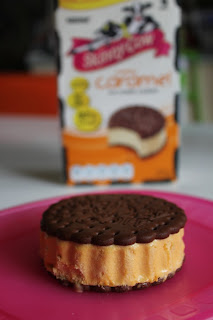 In my kitchen is ice cream.  This is odd.  We rarely buy ice cream.  Especially in winter.  Sylvia and E started drinking smoothies last weekend when they were ill and now they want ice cream too.  I haven't had this Skinny Cow ice cream before.  The caramel ice cream is creamy and had a nice flavour but the chocolate biscuits taste slightly plastic.  Nice for a change! 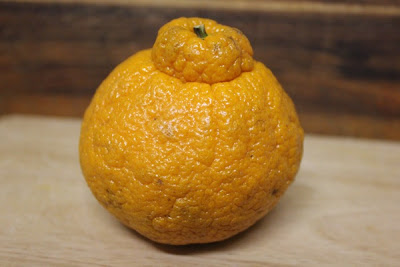 In my kitchen is a sumo mandarin.  It is one of the ugliest pieces of fruit I have ever seen.  I am not sure I can bring myself to eat it.  Yet I could spend hours just gazing at it in fascination. 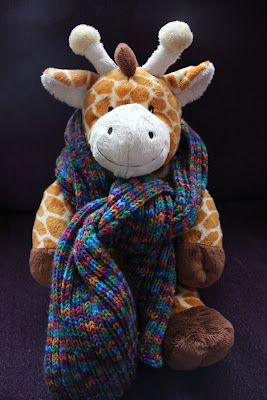 In my kitchen are craft projects.  I was inspired by Brydie to knit this scarf.  I couldn't resist buying this wool of many colours.  I've promised a scarf for Dolly and George but haven't had the heart to pick up the knitting needles again since finishing this scarf.  I hope one day to do tassles on a scarf and learn to knit beanie hats. 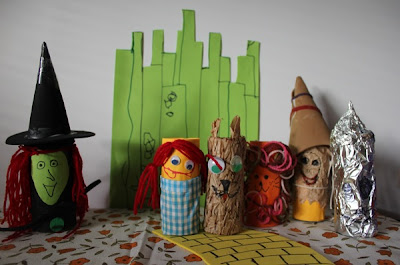 Can you guess what our other craft project has been?  Emerald City?  Yellow brick road?  Why yes! Wizard of Oz characters made out of toilet paper rolls!  I wanted the witch's hair to be green but Sylvia insisted on red.  We used coloured paper, coloured foam sheets, googly eyes, wool, string, fabric, paper bags and foil.  By the time we got to the tin man, Sylvia had lost interest and my attention was waning but I wanted to finish it.  It was a fun activity.  I am sending these to Red Ted's Art Blog - lots of other craft ideas there!
Posted by Johanna GGG at 23:31