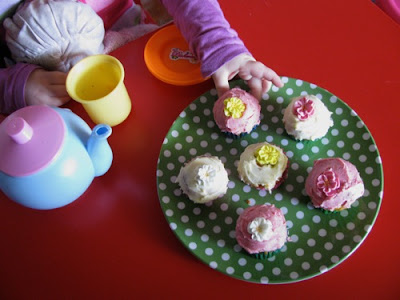 Last week Sylvia wanted a tea party.  Not for her, you understand.  For Dolly.  Every time we went shopping she would pick up something for Dolly's tea party.  She went down for her afternoon nap asking me to make so cakes for Dolly when she woke up. I made her cakes for the tea party.  Now she is telling me we need to make more cakes. 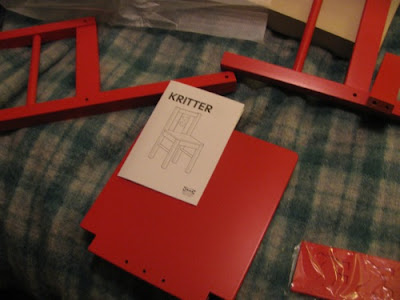 A tea party needs a place to pour tea and eat cake.  We bought a table and chairs from Ikea.  I managed to go in and only buy exactly what I wanted.  Quite an achievement.  Though I think I was too busy pulling Sylvia away from the little chairs and off the beds (in her gumboots) to focus on the other merchandise.  E put these together over a few nights after work.  He had a willing helper in Sylvia.   He couldn't do too much work while she was eating because she was far more interested in Dolly's chairs than dinner. Next I made a cake.  Not quite what Sylvia was after.  It was a pumpkin tea cake from a recipe that I have been making for over many years.  I can't remember where I found it but I think I found it around the time I moved out of home.  I had some mashed pumpkin that that I forgot to serve with dinner.  The recipe called to me. 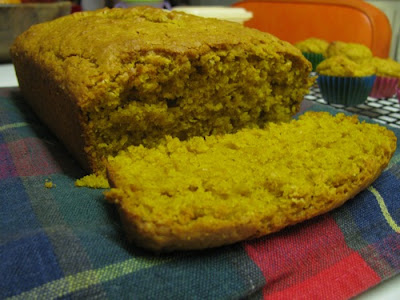 My loaf tin is slightly smaller than the tin in the recipe so I thought it would be an ideal opportunity to make a few extra little cakes with some surplus batter.  It was an easy cake to mix up while watching the telly in the evening.  Sylvia was very pleased to hear that I had made some cakes for Dolly.  We went to the city for some errands and on the train coming home, I promised her that we would decorate her cakes when we got home. 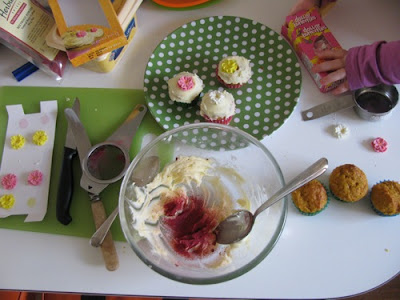 Plans were made for pink and white icing.  Dolly likes pink icing.  Sylvia likes white icing.  We also had a packet of icing flowers that Sylvia was given for her birthday.  I don't have great skills in creating elegant cakes so I was glad of the easy option of using the flowers.  We made an easy cream cheese frosting and used beetroot powder to make it pink.

Sylvia loved her cakes.  They were her constant object of desire.  "Could I have a cake for dolly?"  She sometimes ate the icing and sometimes ate all the cake.  I found the cake very sweet.  Decorating the cakes was fun.  However when it came to eating the cake, I preferred to spread slices with butter rather than further sweetening it with icing.  Sylvia ate the sugary flowers first. 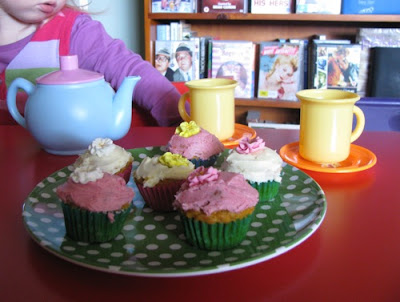 I was pleased to find that the cake tasted as good as I remembered.  It is quite light and moist.  Even though it is sweet, it is so full of pumpkin flavour and spices that it is not overwhelming.  Ours lasted 5 days and was delightfully moist to the last slice.

I am off on holidays for the next week or so.  I have a few posts scheduled because I have so much in my backlog.  However I will probably be fairly quiet on the comments both on this blog and on others.  Though I regret to say that I haven't had as much time and energy for visiting others as I would like.  Hopefully I will return from holidays refreshed, if all the driving doesn't do me in.

Combine sugar, oil and egg in a large mixing bowl (or in a food processor) until light and fluffy.  Add half of the flours and spices with half the pumpkin and then repeat.

Spoon batter into the prepared tin.  Bake for about 50 minutes or until a skewer inserted in the middle comes out cleanly.

On the Stereo:
Days of Future Passed: The Moody Blues
Posted by Johanna GGG at 21:32