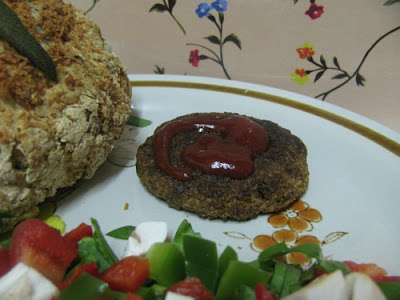 Ricki has recently released an e-book of gluten free, sugar free, egg free and dairy free breakfasts.  As soon as I got my copy, I looked to check the savoury recipes.  She didn't disappoint.  Though I was tempted by the Frittata with Zucchini and Chard, it was the Easy "Sausage" Patties that I had to try. 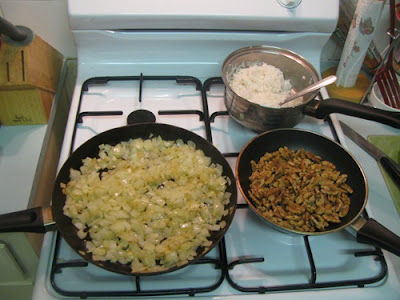 I have had it in mind for some time but with the theme of the Breakfast Club event being Vegetarian Savoury, walnuts in the pantry and a bunch of fresh sage on the kitchen table, the planets aligned.  I chopped and fried and blended and grilled.  It uses a few dishes (see rice, onions and walnuts above) but the results were very pleasing. 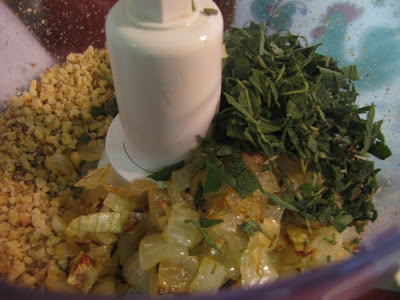 Though it is almost 20 years since I became vegetarian, I still remember the thrill of eating squidgy raw sausages as a child.  It wasn't that my mum would serve them up for dinner.  It is more the sort of things kids do as a dare.  We were told it would give us worms so we knew it was wrong.  The mixture of these burgers must be the closest I have come to this experience since I last ate meat.  But this time, it was fine because there were no forbidden raw ingredients involved.  These were vegan. 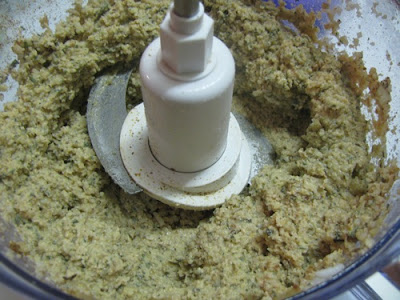 On the downside, there was no sausage skins to hold them together and they were rather soft to handle.  Possibly my use of white basmati rice rather than brown basmati made a difference.   However they were not unworkable.  I handled them with kid gloves (metaphorically speaking) and they were fantastic when cooked on the griller (broiler).  So good that I wonder if it would be possible to shape them and cook them as long thin sausages - maybe it would work if I baked them. 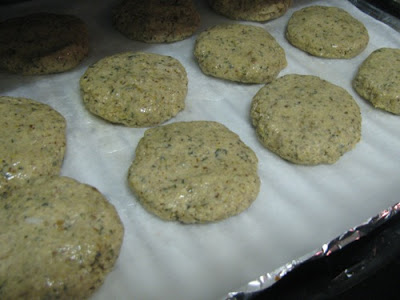 I would have preferred to bake them but I thought grilling would be quicker.  I often make dishes in hope that Sylvia will try them.  These "sausage" patties were one of the hugest hits on the first night.  She has been going through a phase of experimentation lately.  She will nibble on a baby spinach leaf or a sliver of raw pumpkin and tell me it is "very tasty".  Doesn't mean she will eat any more of it but I like her trying foods.  While I made these, despite my warnings, she tasted raw onion, rejected it but then would not try it when fried.  She tried the raw garlic and told me to put it in the bin.  She even tried to eat the wrapper on a new pair of tights when we were out shopping. 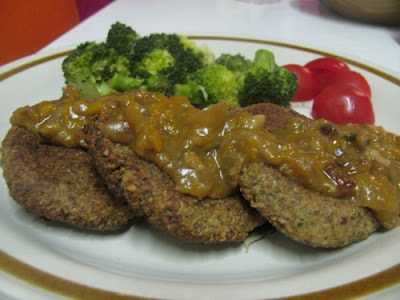 When I made these patties, I was delighted that she loved them so much (with tomato sauce) that she wolfed down one and her face lit up when I offered another one.  She only ate two thirds of the second but I thought it a good effort.  E and I ate ours with lashings of mushroom and pumpkin gravy (oil, mushroom, flour,  stock and mashed pumpkin).  We probably could have eaten the whole lot but I had plans for the leftovers. 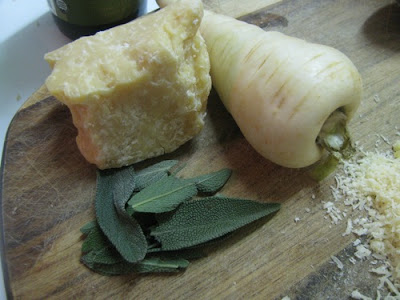 I wanted to make the most of a bunch of fresh sage leaves.  Delia has a recipe for a parsnip, parmesan and sage bread that I have been wanting to try.  I had thought it would go well with the sausage patties.  The idea of these patties on chunky slices of home made bread with a good chutney appealed.  However the bread was not quite what I expected. 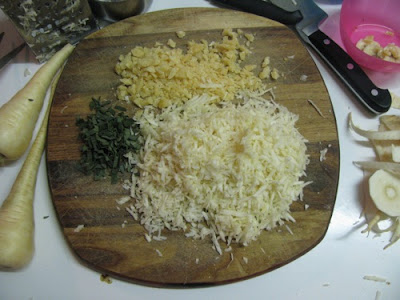 I haven't posted the recipe as my dough was so dry I had to add more liquid.  The bread was nice but it was small and incredibly dense.  It was too salty and too stodgy.  I grated parmesan on top rather than shaving it and was not sure this was a good decision.  It wasn't so good hot out of the oven.  Once the bread cooled the intense flavours came through more pleasingly.  Best of all were the crisp sage leaves on top. 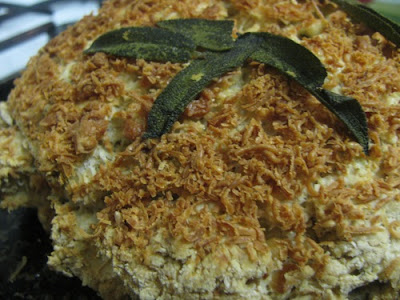 The night of the parsnip bread was a more frustrating day altogether.  It had started with me missing Sylvia's swimming lessons due to poor timekeeping, then shopping at the supermarket with Sylvia running around corners yelling "see ya, bye bye", and ended with taking an hour to make this bread because Sylvia kept distracting me with toy towns and dolly and puzzles.  Not all was dismal.  We had fun making fruit balls during the afternoon.  She felt like a big girl when I let her turn on the food processor by herself for the first time.

Then at dinner time, Sylvia reverted to picky eater and would not eat anything off her plate, including her patties that she loved the previous night.  All she wanted to do was tell Zinc "you're a beautiful girl" and eat fruit balls.  Sigh!  Some days I just can't win.  Despite this, I am quite eager to try the sausage patties again.  At least, if Sylvia doesn't like them, I am happy to eat her leftovers.

The sausage patties would be excellent in a sandwich or as part of a breakfast fry-up.  If you have a vegetarian savoury breakfast idea, please share it.  You have up until 28 May 2011 to post about it and send it to me.  See here for the rules.

Vegan GF sausage patties
adapted from Diet Dessert and Dogs
Heat the oil in a frypan over medium heat. Fry onions and garlic for about 10 minutes until golden brown.

Meanwhile, place the remaining ingredients in a food processor and process until well mixed and almost smooth. Add the cooked onion and garlic mixture and process until combined. The mixture should be sticky but firm enough to hold a shape.

Using a large ice cream scoop or damp hands scoop about 1/3 cup of the mixture at a time and place on a lined baking tray.  Flatten the patties to about 1/2 inch (1.25 cm) thick. If desired, spray or brush with a little olive oil to help patties brown when cooked (I recommend this).  NB mine were quite fragile and had to be handled with care.

To cook under the griller (broiler), line the grill tray with baking paper, place patties on the tray and spray with oil.  Grill until patties are brown and crisp, turn over and spray with more oil.  Grill the second side until brown and crisp.  You could also bake in 190C (373F) oven for 35-45 minutes or fry in a frypan for 5-7 minutes.  Eat hot or cold or freeze for later.

On the Stereo:
An autumn almanac: 15 songs in the spirit of Roy Davies (free with Uncut magazine): various artists
Posted by Johanna GGG at 15:28