CC Moody Blues - the juice and the colour 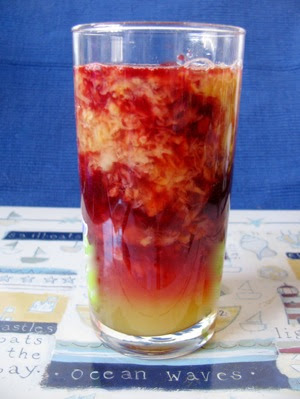 I've been thinking about blue a lot lately.  Possibly the most difficult challenge in the Cookbook Challenge is the past fortnight.  The theme was Blue.  What sort of theme is that when it comes to food?  Is there really any blue food, other than blue smarties?  Of course there is blue string soup in Bridget Jones Diary and blue string pudding in the Clangers and (if memory serves me correctly) the blue sausage on Hitchhikers Guide to the Galaxy.  But in real life, blue is a rare sight on the dinner plate, unless it is the pattern.  Let's face it.  Blue is just unnatural in food. 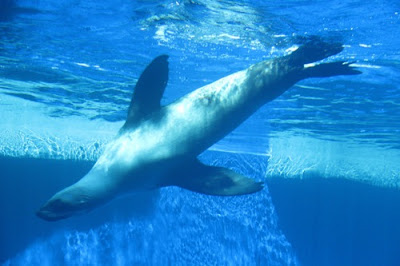 It is odd to think that the only blue that is part of the natural world is often used to represent two of the most colourless elements - the sky and the water.  When we use blue to name nature, we often get it wrong.  We say that we are "beaten black and blue" but a bruise is a kaleidoscope of black, purple, green and yellow.  We say that we go blue when we are cold but it is more purple.  A Persian Blue cat is actually grey.  Even the Blue Mountains near Sydney are more accurately described as the purple mountains.  Then we tart ourselves up in a glaringly unnatural way with blue hair rinse, blue eye shadow and blue nail polish.  The exception that proves the rule is the bluebird. 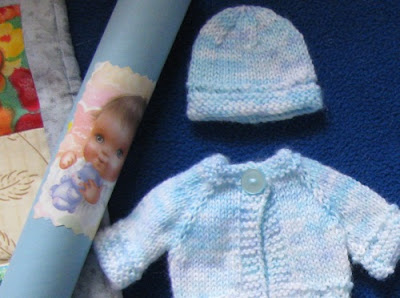 Our man made world is full of blue icons.  Blue means denim, Tories, baby boys, Superman's tights, school uniforms, the Scottish saltire, the Virgin Mary, swimming pools, Turkish tiles, bluebells. The police are known as the boys in blue and protect the thin blue line, due to their uniforms.  When we marry we must have "something old, something new, something borrowed, something blue".  Blue sneaks into lyrics about girls with "pale blue eyes" or wearing "white dresses with blue satin sashes".  It has inspired the name of both pop bands and boy bands.  Australia's long running radio serial was called Blue Hills. I once loved a cocktail called a Blue Lagoon but am sort of happy not to drink them any more (or Blue Heaven Big M). 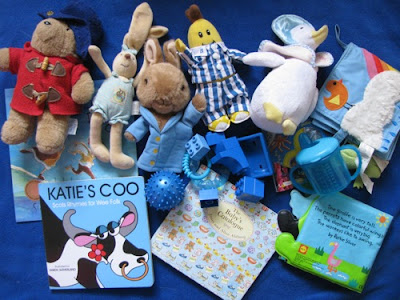 Blue is a bright simple colour used often in children's entertainment, though I suspect it delights with its unnaturalness.  Children have grown up watching television shows such as Blues Clues, the Bear in the Blue House, and Blue Peter.  Familiar characters Peter Rabbit, Andy Pandy and Paddington Bear all wear blue.  Thomas the Tank Engine, the Smurfs, Cookie Monster are blue.  Children sing about Little Boy Blue, chant "roses are red, violets are blue" and read the nursery rhyme collection, Lavender's Blue. 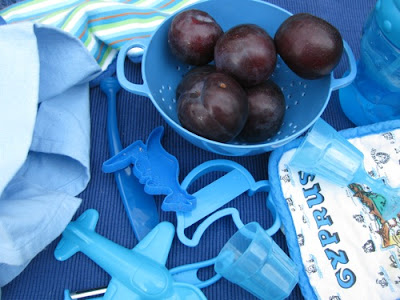 Blue is often used figuratively.  It commonly represents sadness.  Joni Mitchell made an album called Blue.  New Order's song Blue Monday is definitely not about colours.  Elvis Presley sang of a Blue Christmas.  The national anti-depression in Australia is called beyondblue.  Bradley Trevor Greive wrote the Blue Day Book.  There is even a style of music called the Blues that is named after "blue devils", meaning melancholy and sadness.  Quality is often denoted by adjectives blue chip or blue ribbon.  Blue collar workers typically perform manual labour.  We say that we are in a blue funk.  Blue also represents calm and peace.  We talk of events happening once in a blue moon.  In Australia, when something is genuine, it is true blue.  The nobility say they have blue blood.  And let's not get into blue language and blue movies. 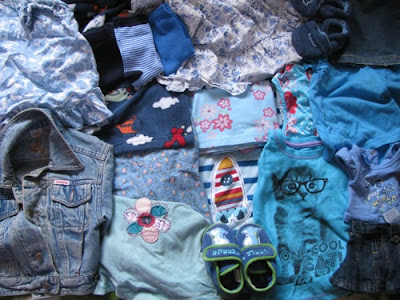 I looked around my house and found there was more and less blue than I expected.  Having a little girl around means we might have less blue than if we had boys about the house.  As a lover of green, I often find that green and blue are paired together, despite us being told that blue and green should never be seen.  Though I confess, that blue is often second fiddle to green in my life.  My blue crumpler bag, my blue doona cover, my blue anorak and my blue dressing gown all delight me but might not have been my first choice if I could have bought green.  But I do love my blue "friendly fish" towels we bought from M&S before we left Scotland. 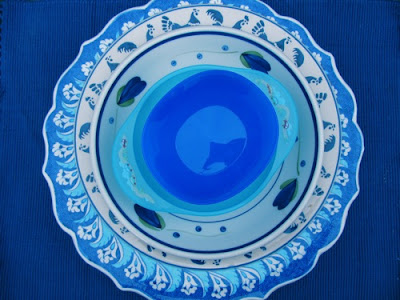 For this challenge, some lateral thinking was required.  Even foods called blueberries, blue corn or blue cheese aren't coloured blue.  I started looking at recipes using them.  Nothing jumped out at me.  I looked at cookbooks with blue covers. Finally I found a juice called the Moody Blues.  That is the sort of quirky blue recipe I was seeking. 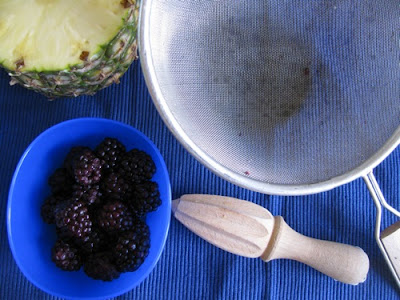 I almost passed by this juice as it was made up of only two ingredients and required a juicer.  Hardly a recipe and not one that I felt capable of (not owning a juicer).  But I decided to think laterally.  The Cookbook Challenge is about being inspired to do something I wouldn't usually do.  I got out my sieve and my citrus juicer and made the juice.  The sweetness of the pineapple and the tartness of the blackberries married perfectly and looked downright spooky in the glass.  Sylvia had a taste and was hard pushed to share the rest of it with me.  E was out at the time, but he liked the name which is also a British band.  Something for everyone!

I am looking forward to seeing what others made for the Cookbook Challenge.  You can check them out here.

Previously on Green Gourmet Giraffe:
This time last year: Gingerbread, mixed peel and grandmothers
This time two years ago: Mothering, Stew and Bread
This time three years ago: Mum’s Banana Cake
This time four years ago: Cake for the absent bride and groom

On the Stereo:
Acoustic Bootleg: The Killjoys
Posted by Johanna GGG at 16:12