Notella success amid my failures 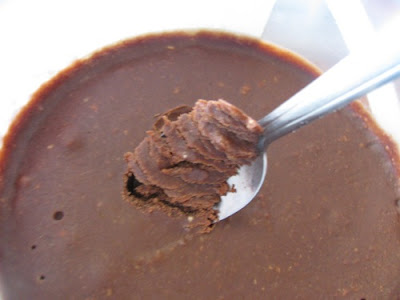 It hasn't been a great week in the kitchen for chocolate experiments. Brownie, pizza and scones have all gone awry. I have told myself that mistakes are a good learning experience but I still prefer a success. Fortunately I have had the consolation of a wonderful chocolate hazelnut spread made in my own kitchen. Call it nutella or notella or what you will. 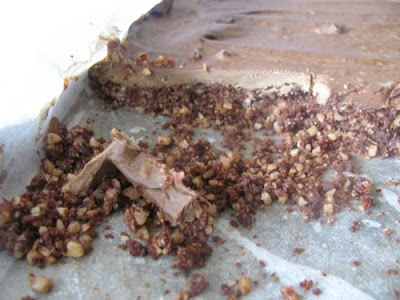 Firstly I tried Hannah's raw brownies. She raved about them. They looked amazing. I had to try them. I wanted to use up all the dried dates in my cupboard rather than buying medjool dates. Big mistake! I have now learnt that medjool dates give the caramelly flavour. I also didn't measure the ingredients for the avocado frosting and forgot the vanilla essence. This didn't help either.

E was not impressed. He told me, accompanied by his ukelele strumming, that brownies should be warm and gooey not cold. I still have faith in the possibilities of the recipe. Not only does it seem a healthy alternative to rich decadent brownies but, on a 40 C day, I love the idea of bypassing a hot oven. I hope to revisit these someday having learnt my lesson the hard way. 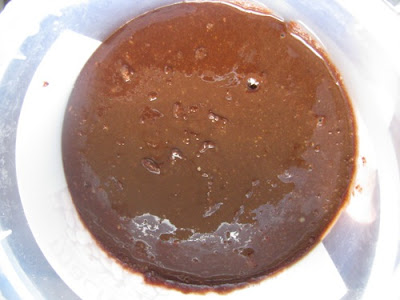 Next I tried Ricki's Chocolate Hazelnut Spread. It took a while to find the hazelnut butter but I found some at the Vic Market nut shop opposite the borek stall. I mixed the hazelnut butter, coconut oil, cocoa and some maple syrup. Tasted ok but not quite sweet enough. I added some agave and it was too sweet. I thought it was another failure and added more cocoa. Hmmm! Maybe more experimenting is needed with cocoa and sweetener balance for me.

Both taste and texture need to be right with notella. Mine was not nearly as creamy as Ricki's. Then I reread her recipe and put it in the food processor. She says to process it for a long time. I don't think I am as patient as Ricki and I felt too guilty at the noise while E was trying to read stories to Sylvia. Even so, it was far more creamy than my first attempt at vegan notella. 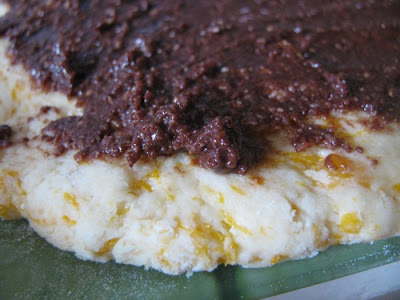 Then came my ideas for how to use the notella. I have long wanted to make pumpkin scrolls with nutella inside them. After my fruit mince scrolls success I decided to try these with pumpkin scone dough and my home made notella. First sign that it wasn't working so well was when I tried to spread the notella over the dough. It wasn't really creamy enough. 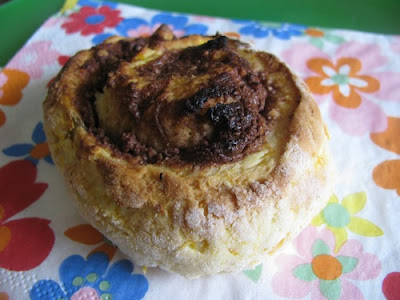 The scrolls came out of the oven looking good. But the notella didn't really work with the pumpkin scone dough. It dried out a bit and fell away in chunks when eating the scrolls. Even worse was the taste which was a little dark and not quite sweet enough to work in the scroll. I love the pumpkin scones so much that I still enjoyed them (as did Sylvia) but more work is needed before I post a recipe. 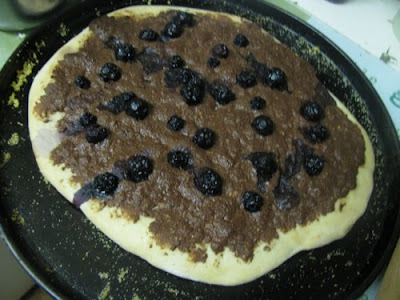 My final failure was a pizza. I made a version of Katie's pronto pizza dough (with double the dough but only 1 tsp of yeast). The pizza was great, no doubt thanks to it having to sit while Sylvia needed a cuggle. But the notella again proved unspreadable, not sweet enough and dried out too much in the oven. I didn't have enough blueberries either. Nutella pizza has been something I have wanted to try for ages. Now I want to try again.

So you may be wondering what to do with this notella. Well, it tastes excellent eaten straight off the spoon. When I was at school we were sold small packages of nutella with plastic spoons so I assume this is one way nutella is meant to be eaten. I also think it would work well as a sauce. My other notella attempt was great served with a pear cake and I have seen Ricki use nut spreads as sauce for pancakes.

I still have some notella in the fridge for eating and experiments. Maybe I will just eat it or maybe there will be some successes with it that I can share. Meanwhile I wanted to send the notella to Ricki and Kim for their SoS Kitchen Challenge blog event which is focused on coconut oil this month.

I am also sending the picture of my pumpkin notella scone to the Bake Lady for her scone event. I love scones and wanted to participate but have been cutting back on my baking. When I am baking I have found myself returning to some favourite recipes already blogged, such as my pumpkin scones. It is a recipe I wanted to share, even if I don't quite recommend baking it with this notella. Check out the round up of scones on the BakeLady's blog.

Mix hazelnut butter, coconut oil, 2 tbsp cocoa, maple syrup and vanilla essence in the food processor. Check for sweetness and add a tsp of agave at a time and extra cocoa to get your desired taste, depending on whether you love it more or less sweet and dark. Blend until mixture is smooth and quite liquid - this can take some time. Transfer into a tub with a lid and store in the fridge. I have found that mine needs to soften a little before eating either by sitting at room temperature a while or a gentle burl in the microwave.

On the stereo:
The colour of black is black: Stephen Harrison
Posted by Johanna GGG at 17:33