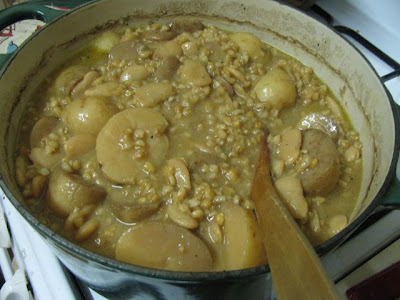 I have the rare pleasure today of sharing with you a friend’s family recipe. Many years ago in a share house far far away, Nicki G, whom I visited this week, once made us her Nana’s Chulent. I was so impressed I asked for the recipe. When I asked Nicki if she minded if I posted it, she was delighted because she had lost her copy of the recipe and would love to try it again..For those who don’t know, Chulent (or Cholent) is a dish that Jewish families would make for the Shabbat. It traditionally is a stew of beans, potatoes, barley and meat – with many variations – that is brought to the boil on the Friday before the Shabbat and cooked very slowly overnight. It came about because lighting a fire and cooking food was forbidden to Jews on the Shabbat but it was acceptable to keep the food warm on a fire lit before the Shabbat commenced. I only learnt this tradition, which is first mentioned in a text of 1180 in Vienna, because E complained about the lack of colour and I was naively searching for ideas for what to serve with chulent. 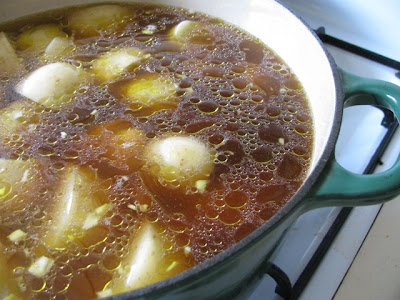 Nicki had got her recipe from her Nana who brought it with her when she came to Australia from Poland as a Jewish post war immigrant. For the vegetarian version it was just lima beans, barley and potatoes with a bit of seasoning. Everything is stirred in the pot, brought to the boil and then slowly cooked for hours and hours without looking at it. I did it during the day rather than the tradition of cooking over night. I am always a bit nervous when a recipe calls for a dish to be untouched during cooking as I like to check it and poke it like an anxious mother. But it was a little easier this time having seen Nicki perform the feat so successfully. 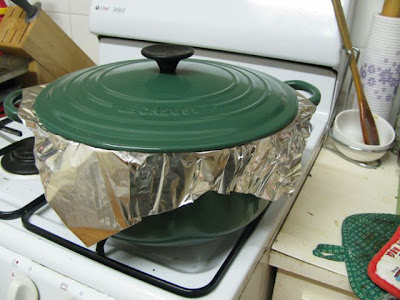 We usually have more variety of vegetables at dinner but it seemed against the spirit of chulent and besides I didn’t have much energy for side dishes. While it did not present a riot of colours, I thought it tasted delicious. E said this post should be called A Grudge against the Sludge. He was not won over by the stew. My memories of Nicki cooking this amazing dish are still strong and I found the one that I made on the weekend to have the same high degree of soft sludgy comfort. Those wonderful slow cooked potatoes are infused with the malty barley flavour and melt in the mouth.

My search for side dishes not only gave me information about chulent but also brought up a few interesting variations with more vegetables which I might try some time – hopefully it will not be another 15 years between chulents. Above I claimed not only is it comforting but it is also convenient. You will have gathered that I don’t mean fast food. Rather, it well and truly belongs to the slow food movement but it is convenient because it can be gently cooked until you are ready to eat. The only inconvenience is that you can’t use the oven for other things because it is on at such a low temperature. 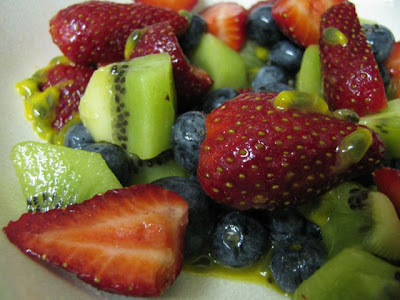 I finally got organised to make the chulent last Sunday (on the Grand Final Weekend of the Geelong premiership!) when it was cold and wet. It was just the day to have the oven warm all day. We had organised for my sister Fran to look after Sylvia while we went to see a movie at 4.30 that afternoon. I had thought Fran and John might stay in on a blustery day but she decided to take Sylvia to Borders for a coffee so when we left we turned the oven off after 6½ hours of slow cooking. 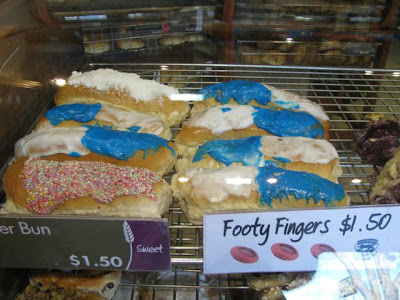 We saw a Beautiful Kate, an Australian movie (based on an American novel) with a grim story but much beautiful photography. It was our first cinema outing since Sylvia was born. We were motivated by a looming expiry date on a couple of free cinema tickets that were given to me by a lovely group of people I used to coordinate at work. It was great to go out (thanks Fran and John and the Link Group) and wonderfuI to come home to my chulent. 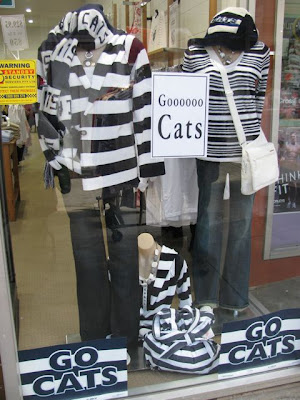 It looked like muddy water, especially with all the pepper I had put in at the last moment and forgot to mix in. When I stirred the stew it became incredibly creamy and was still warm. We were able to serve dinner immediately when we got home. 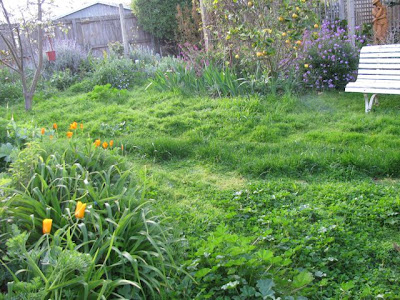 The next day Sylvia and I went to Geelong to see my dad who was just home after his big trip overseas with my mum. It was fun to see all the Carn the Cats blue and white in the shop windows after Geelong Footy Club’s grand final win on the weekend. I particularly liked the blue and white finger buns. Sylvia sat on the rug for dad and managed to produce a second tooth for him. I was fascinated at the profusion of growth in the backyard – walking through the grass felt like an adventure in the jungle. We got home in time for dinner where, yet again, the chulent was ready for dinner – although this time it was a cold gelatinous clump that needed some reheating. 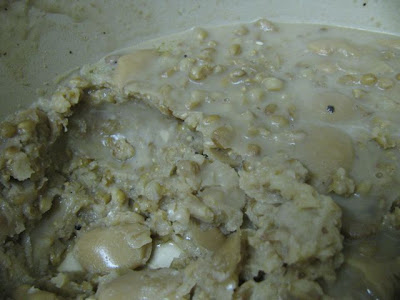 As the chulent is monochromatic, I thought I would cheer up the post with a few photos of the colourful food from this week. As well as the Geelong victory finger buns and my parents’ lawn, I present the first fruit salad of spring. It was a vibrant assortment of strawberries, blueberries, kiwi fruit and passionfruit. I was so impressed with it that I made an indulgent purchase of a pomegranate yesterday to make more fruit salad. (NB: You will appreciate how green and glorious my parents' garden is compared to this picture from last summer.) 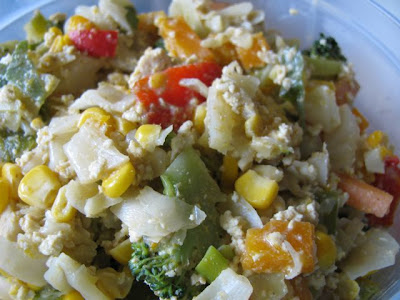 I also made a Thai curry (with curry paste from the jar) with lots of colourful vegetables and tofu after we finished off the chulent. E was happy to see the end of the stew but I found it as comforting as porridge or mashed potato. It seems we have not seen the last of the cold weather this Spring so maybe we will have more chulent before the heat of summer sets in. 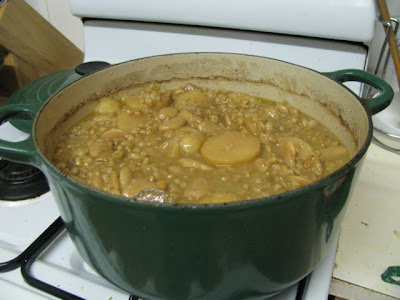 Soak beans and barley (separately) overnight. The next day preheat oven to 140 C.Cut potatoes in half. Peel if desired. Put into lovely green Le Creuset pot with drained beans and barley. In a jug, mix stock with soy, garlic and pepper. Pour this over the potatoes, beans and barley. Put in the oil and top up with water to cover them. Adjust seasoning to taste and stir.Put pot on stove (uncovered) until stew just begins to boil. Then remove from stove and cover with foil and heavy lid. Cook in oven for 30 minutes at 140 C. Then reduce heat to 120 C and cook for ages (anywhere from 7 to 14 hours)!On the Stereo:
Herzschlag: Phalanx featuring the White Rabbit