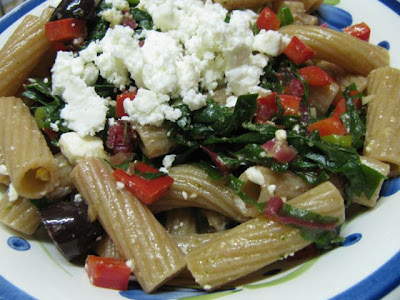 Earlier this year I posted about a painless pasta that was a free and easy recipe for pasta which involved cooking pasta and throwing in vegetables and flavourings at the end. On the weekend we got home late so I had another go and am happy to say it was more successful. 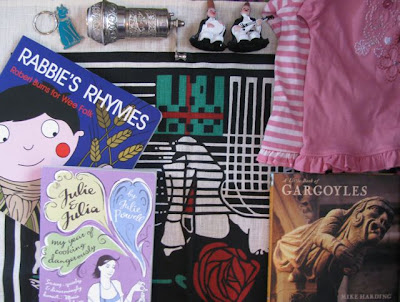 My mum had just arrived home from Europe and so my siblings were all visiting for mum’s roast dinner. It was delicious as usual. My little nieces helped my mum and dad give out presents. Everyone was remembered. Apparently, E and I are the easiest to buy presents for. I am sure you will see some of these goodies again on the blog. 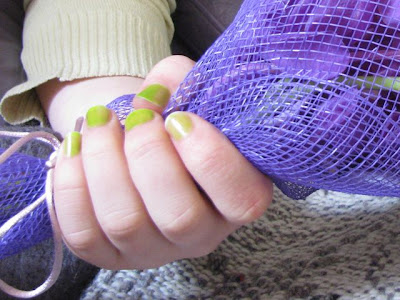 We went out to the backyard, which has been trimmed since my last visit, for a photo of the grandchildren. To help get everyone facing the right way, my brother Paul appeared blowing his trumpet. I highly recommend this strategy for getting children’s attention for photos. 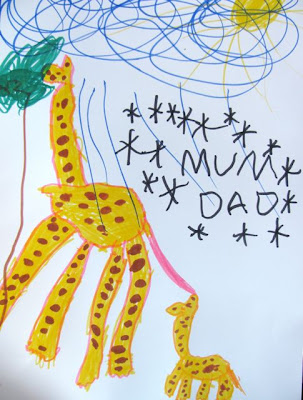 Sylvia played on the new rug that mum and dad bought in Turkey. She did lots of sitting, rolling and yelling for my mum and smiled a lot to show her two new teeth that have appeared since mum left. Little Cooper is now walking about but Grace was keeping an eye on him. Quin was wearing some very cool green nail polish. Maddy looked smart in an outfirt mum bought her in Paris. Ella had drawn some giraffes that were impressive for a four year old. I will be submitting these to One Million Giraffes (update - it is here). Ella was also fascinated by E’s new Gargoyle book so maybe these will appear in her pictures. 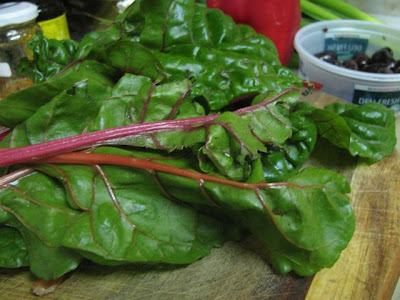 We arrived home late and in need of food. The previous day I had bought a bunch of silverbeet (chard) to make a pasta dish but my mum had given me a bunch of young rainbow chard fresh from her garden. Even better! 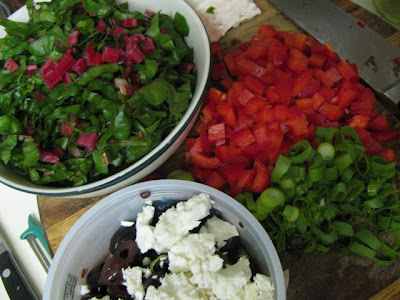 The pasta was a quick one, which was just as well, given that we had to get Sylvia fed and dressed for bed when we got home. There were too many olives (about 100g so I have decreased the amount in the recipe) but otherwise it was a good quick and healthy meal. The rainbow chard from my mum’s garden cooked quickly but I am not sure that the older silverbeet would have been so tender so I suggest if you don’t have fresh chard or silverbeet that you use spinach. The pasta was a toothsome organic wholemeal penne that added to the substantial dish. After a busy day with the family, this pasta was just what we needed.

I am sending this dish to Joanne of Eats Well With Others who is hosting this week's s Presto Pasta Night (#134), an event founded by Ruth of Once Upon a Feast.

Cook pasta in salted boiling water for the time specified on the packet. Before draining the water off the pasta, add the chard or spinach. Stir into the boiling water and drain.

While pasta is cooking, chop vegetables. Once pasta is draining in a colander, put a slurp of olive oil into the saucepan you cooked the pasta in and put over a low heat. Stir the capsicum, spring onions and garlic for 1-2 minutes. Stir in pasta, chard or spinach, pesto, olives and most of feta. Add a little extra olive oil and freshly ground black pepper to taste.

Serve in pasta bowls with remaining feta crumbled on top.

On the stereo:
Bande A: Nouvelle Vague