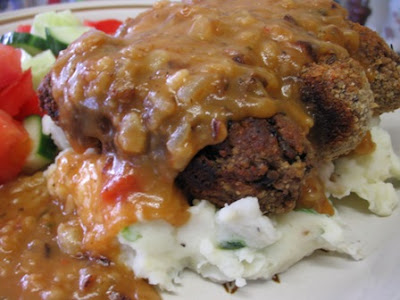 My family packed up and left the bustling city of Melbourne when I was three years old and moved to small country town 75 minutes drive down the Princes Highway past Geelong. On the sign coming in to town it said Population: 1000 (except when some wag painted over it so it read Population: Drunk). People found our large family of 7 kids unusual. I didn’t know other families at school with as many kids as ours. Nor were there other big families among my cousins. One of my uncles called us the rent-a-crowd. Once we arrived anywhere it did feel quite crowded.

But my parents had left behind a number of friends in Melbourne with large families. Every now and again we met up with them. Their children were a lot older than in my family and visiting a crowd of older kids was always overwhelming. But also fascinating. While, as second oldest of the family, I had a hoard of brothers and sisters who were mere babies to be coddled and cuddled,

these families were full of teenagers with their own lives – they had jobs, cars, records, and more independent relationships with their parents. The very idea of giving your parents advice on driving and cooking seemed so grown-up to me. I was still merely driving a make-believe car beside the cubby hut and baking mud pies.

It was during one of these visits to my parents’ Melbourne friends, that I remember one grown child telling us about how to crumb sausages. I think he was a chef or maybe a waiter or maybe he just cooked at home. Not sure now. As a child, I was easily impressed. I thought my dad the most important person at the council where he worked. I thought the theme song to the soap opera (Rush) that we had at the end of each school assembly was a world famous anthem. And I believed that Prime Minister was the grandfather of the kids who lived up the highway because they had the same surname as him.

Perhaps I remember the crumbed sausages discussion because I don’t remember learning much about cooking from anyone by my mum and magazines. At the time it seemed an important thing to know (alongside the same family’s advice to keep the electric beaters in the chocolate butter cake mix for 3 minutes to make it light and airy). I probably also remember it because I loved 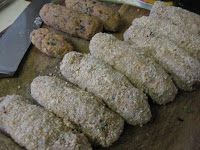 When I think about sausages, I can’t help but think back to my childhood. We ate sausages at barbeques frequently (the only pic I could find of BBQs is a knitted one from an exhibition which doesn't look at all like the usual BBQs I see, but it amused me anyway). Whether it was at school camp, hospital fetes, or family trips to Angahook Forest Park. My dad even made his own barbeque in the backyard from bricks and a metal sheet in the days before fancy barbeques were sold for 4 digit figures in hardware stores. A greasy sausage was wrapped in a square slice of white bread with a red strip of tomato sauce along the sausage. No plates or cutlery was involved. Sometimes there was a garden salad and potato salad. My mum also regularly made sausage curry which we all loved.

It was a time of innocence when I thought the nearby beaches along the Great Ocean Road were the best in the world and one of my favourite sites was the sparkling lights of Melbourne spread out beneath us as we drove across the newly opened Westgate Bridge at night. I even naively 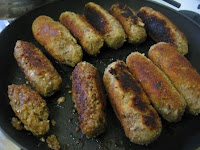 thought it looked cool to stand around at tram stops as I drove through the city with my family – long before I learnt the hard way how annoying it is to have to wait for trams. And of course sausages seemed some of the best food in the world. We tasted them raw sometimes even though people said that gave you worms. This was before posh sausages with fancy ingredients and good meat.

Since becoming a vegetarian I haven’t yearned to eat those sausages of my childhood. Now they seem like a horrid mixture of sawdust and offal off the butchers’ floors. But I have missed the culture of sausages. I missed being part of barbeques and enjoying the smoky charcoal flavour. At first my family respectfully cooked my food inside while they relaxed in the sunshine but now we have worked out about how omnivores and vegetarians can share a barbeque. I still miss out when I see sausage sizzles and fundraisers in the local mall, outside the large hardware stores and at farmers markets, but at family barbeques my vegetarian sausages sit alongside the meat ones, albeit separated by some foil. It makes me easier being a vegetarian.

The recipe is from Joanna Farrow’s 30 Minute Vegetarian. It took me quite a bit longer than 30 minutes, especially once I prepared side dishes. But worth every minute. These sausages held 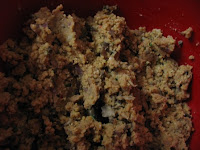 together so well which is probably due to the combination of the couscous, chestnut puree, egg yolk and breadcrumbs. But also very tasty. And because there was an egg white leftover after using the egg yolk, I decided I would do them as crumbed sausages, just as I had learnt as a child on my family visits.

The sausages had great flavour from herbs, chilli and mushrooms. I think they could probably be made vegan quite easily because I don’t think the egg was essential. They don’t need to be crumbed but I suspect it helped them hold together, because the couple which I didn’t have enough egg white to crumb, didn’t seem quite as good. If you can get your hands on a tin of chestnut puree, I highly recommend you try these. Actually the recipe calls for finely chopped chestnuts but I think the puree helped them hold together.

They can be served with roast vegetables, a salad or a mash. The first night I served them, E 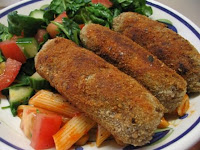 If you wanted to expand your horizons, I have found a few tempting suggestions for mash variations which I have listed below and would also recommend checking out my nut roasts for my other ideas on accompaniments.

Given that this post is quite a self-indulgent nostalgic one, I will leave the final word to someone who would appreciate these sausages: Penfold - sidekick of cartoon superhero, Danger Mouse - who was forever saying, ‘Crumbs, Chief!’

Place couscous in medium bowl and pour boiling water over it. Cover (with a plate or lid) and set aside for 5 minutes.

Heat oil in a frying pan and fry onion and mushrooms for about 5 minutes until onion is soft and any moisture has evaporated.

Use a fork to fluff up the couscous and add onion, mushrooms, garlic, chilli, herbs, chestnut puree, breadcrumbs and egg yolk. Mix well.

When you have finished crumbing, heat about 1-2 cm of oil in a frypan over a low to medium heat Place sausages in frypan and turn occasionally til golden brown all over (I am no expert on doing this evenly, but maybe working out how to shape the sausages more evenly might help.).

Serve hot with mash and gravy or other accompaniments. When we had the leftovers the following night, I just put the sausages on a tray in a moderate oven while I made the mash and gravy.