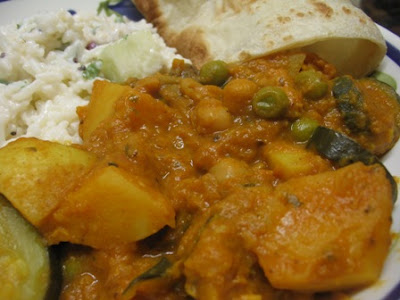 On the weekend, E and I headed off to Gertrude Contemporary Art Spaces in inner city Fitzroy to see an exhibition called 21:100:100 one hundred sound works by one hundred artists from the 21st century.

The art gallery was an artful arrangement of the rows of 100 artist storyboards and headphones with long cords fanning out from points in the ceiling to each set of headphones. It was a fascinating sound art installation with such an abundance of pieces to listen to. Low stools were scattered about for those who chose to listen at length.

We didn’t manage to listen to all of them but stayed for quite some time sampling the soundwaves. Some pieces were such a cacophony that no sooner had I put on the headphones than I would replace them in their cradle. But others had me mesmerised and it was hard to

drag myself away from such beguiling sounds. Some of the bands I enjoyed were Three Quarters Had Been Eliminated, Brothers Of The Occult Sisterhood, Fennesz, Pateras/Baxter/Brown, Michael Snow, and Sonic Youth. Sadly I can’t remember most of the names. What I loved about the exhibition was the smorgasbord of so much to sample.

When I started to write this post about how I love lots of different vegetables in a curry, I thought of the exhibition and how the myriad of choices made it so enjoyable. While the idea of a table filled with many different curries is hugely appealing, the reality at home is that I usually only make one curry so it needs to be good and full of lots of interesting vegetables..

When we lived in Edinburgh, we would frequent the Prince of India in Peebles when visiting E’s parents. I would often order a sabzi rogan josh. It was quite spicy but not eye-wateringly so. What I really loved was that it was filled with lots of different vegetables. Most curries served in Melbourne’s Indian restaurants seem lucky to have two vegetables – or three if you count onion! So for some time now I have had my eye on a recipe for a rogan josh sauce in Barbara Cousins’ Vegetarian Cooking Without. Such a treat to have a home made rogan josh sauce and be able to fill it with lots of lovely vegetables ad legumes!

The sauce was full of flavour and spice, albeit a bit sweeter than my usual curries. As usual I went easy with the chilli and then found myself thinking it should have a bit more heat. I haven't 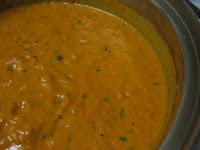 cooked with coconut milk much lately and forget how much it takes the heat out. I was glad there was a nice red tomatoey taste to the sauce which is how I remember it.

I was not surprised that the suggested curries were only a couple of vegetables but I just added my own mixture of potato, pumpkin, zucchini, peas, chickpeas plus sultanas and cashews! I was surprised that even with my generous helpings of vegetables there still seemed to be a lot more sauce than I usually make but found this pleasing. Of course, any combination of vegetables could be used. My combination just lacked the chunks of just cooked tomatoes which I always loved in Peebles.

While I was indulging my whims I decided I needed to find some good thick flaky roti breads to serve with the curry. I bought roti from the supermarket some time ago and it resembled a flat tasteless tortilla. Luckily E is quite familiar with the city’s curry cafes and recommended the Curry Corner on the corner of Bourke and Russell Streets which I was able to get to at lunch time and purchase some good roti.

I made the sauce one night and simmered the vegetables in it the next. Heating up the roti on a frypan made easy work of dinner. On the third night when our roti supplies had dwindled, I served it with a little roti and a chilled yoghurt rice that I will post about soon. Most delicious. Highly recommended for anyone who fancies sampling just a little of everything.

With lots of chickpeas in the curry, I am sending it to Simone from Briciole who is hosting this month’s My Legume Love Affair (deadline 30 November) which was founded by Susan from The Well Seasoned Cook.

Heat oil in a medium saucepan and add onions, garlic and ginger. Fry til onions soften. Add spices and stir another 1-2 minutes. Add coconut milk, tomatoes, coriander and salt. Check seasoning. Simmer about 5 minutes. Blend using a hand held blender or food processor. (At this stage the sauce can be frozen to use later if desired.)

Transfer sauce to a large saucepan and add potatoes, peas, chickpeas and sultanas. Simmer for about 10 minutes. Add zucchinis and pumpkin. Simmer about 20 minutes, stirring frequently (mine kept sticking to the bottom of the pot). Scatter with cashew nuts to serve.