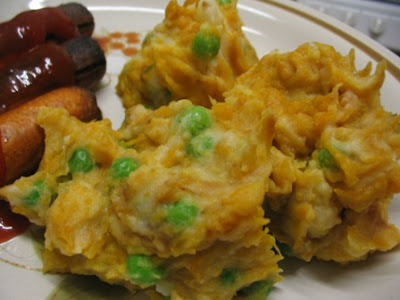 Recently I wrote that vegemite was one of the spreads of choice for toast for breakfasts in my youth. Bizarrely, even though I ate a lot of vegemite as a child, my clearest memory of it doesn’t involve any real vegemite. But I thought I would share it anyway. When I was young, we had a season ticket to the local swimming pool in summer and there was a well trodden path between our house and the pool around the corner. On the road en route was a smooth patch of tar that melted on very hot days. I was fascinated by it because it reminded me of vegemite.

Like the tar, vegemite begs for you to dip a finger in its soft black depths. Or maybe it is just me! I grew up on vegemite but as an adult, I discovered promite which is similar. I have always

understood that vegemite is yeast extract whereas promite is yeast and vegetable extract. Hence the extra flavour and sweetness in promite. But I was quite surprised recently when Kathryn wrote about the health benefits (or lack of) of vegemite and, comparing notes, I found that promite had more salt. But, as Kathryn said, it is eaten in such small quantities that it is not a big issue.

Vegemite became well-known overseas when Men at Work had the 1982 hit song, ‘Down Under’ with the memorable line ‘I said, do you speaka my language / he just smiled and gave me a vegemite sandwich.’ Australians who know and love vegemite laugh at foreigners who spread their toast thickly with vegemite and splutter at the saltiness. Because we know that it must be used sparingly. A thin scrape will suffice on a piece of toast.

When I was growing up my mum often made us vegemite and cheese sandwiches to take to school wrapped in waxed paper in my lunchbox. How I envied those with sandwiches in gladwrap (plastic clingwrap). A bit more of a treat was vegemite and walnut sandwiches. These days, Bakers Delight – a local franchised bakery – sells a popular cheeseymite scroll which brings back the memories. Vegemite also used to come in jars that when finished and cleaned made lovely little drinking glasses and were just the right size for cutting out scones. We always had quite a few vegemite glasses in my mum's kitchen.

When I searched foodblogsearch.com for promite I found there were only about 20 entries and over half were from me. What does that tell you about it? But I was pleased to see it has a 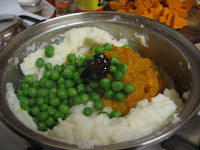 Wikipedia entry, and perplexed that someone was selling a jar of it on eBay. I even found a discussion thread discussing if promite has meat products in it which includes a letter from the manufacturer claiming that it doesn’t. Phew! For a moment I feared I was going to have to face a horrible ethical choice!

I love promite on fresh bread or toast with tomato slices, cheese, mashed potato or leftover dahl. I also regularly use it in cooking in the same way you might use any vegetable extract such as vecon (and mixed with hot water it does a similar job to vegetable stock or soy sauce). It is always in my kitchen so it is a convenient seasoning. And delicious. I love it so much I will lick the remainder off the spoon.

But I know that it is not so popular as vegemite, so when looking for history and recipes, I have also searched for vegemite, which I will eat if there is no promite on offer. I know there are strong opinions about yeast extract spreads. When Pixie recently posted about marmite, the responses were a mix of love, distaste and bemusement.

Vegemite was launched in 1923 by chemist C P Callister for the Fred Walker Company to use the leftover brewers yeast from Carlton and United Breweries (CUB) in Melbourne. From 1928 - 1935 it was known as Parwill in response to the British equivalent of Marmite (if Ma might then Pa will). 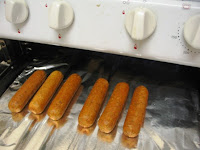 During World War II it was part of the Aussie soldier's ration kit. There were popular advertisements with the jingle about ‘happy little vegemites as bright as bright can be (we all enjoy our vegemite for breakfast, lunch and tea).’ But despite many claims of B vitamins, added intelligence and 'a rose in every cheek', there doesn't seem to be a lot of health benefits in the stuff. However, finding out that Promite wasn't invented until the 1950s, suggests that it is not a fair competition because vegemite had a headstart on capturing the hearts of Australians. Neither of these national spreads are owned by Australian businesses any more. (See the Old Foodie for more information about vegemite.)

But today I thought I would share one of my favourite childhood side dishes featuring vegemite. My mum used to mix mashed potato, mashed pumpkin and peas with some vegemite. I have to mix it with promite these days as it is all I have on hand but it brings back

memories of meat and three veg. Mum usually served it with chops or sausages. These were the vegetables that we had regularly with many meals but they alway seemed better when mashed up together and looking slightly darker with the vegemite. The creaminess of the mashed potato blended well with the wateriness of the pumpkin. As an adult, I now understand that it also added flavour.

I made this mash tonight and served it with vegie sausages with plenty of tomato sauce. It was almost like when I was a child. This meal was loved as much by E as by me so it may become a regular easy meal in our house. I have written it out as a recipe but quantities can be easily altered to suit tastes.

I am sending it to Sarah of Homemade: experiences in the kitchen who is hosting Tastes to Remember which asks us to make dishes that remind us of childhood.

- Cut potato into chunks and cook for about 15-20 minutes or until soft and falling apart when prodded with a fork or knife.
- While potato cooks, cut pumpkin into chunks and microwave for about 3 minutes on high in a plastic bag or in a plastic container with the lid not quite on. NB Pumpkin is quite watery so you may need to drain some water off once it is cooked. I cooked it separately because it cooks quicker than potatoes and I wanted the mash to have a little variation in colour.
- Microwave the peas for 2-3 minutes in a plastic container or plastic bag. You may have to drain some water off the cooked peas.
- When potato is cooked mash it with butter and milk. Stir with a spoon to get some air into it.
- Mash pumpkin and stir with a spoon.
- Mix potato, pumpkin, peas and promite with a spoon til just combined. Serve hot.

On the Stereo:
y’all get scared now ya hear: The Reindeer Selection
Posted by Johanna GGG at 21:19