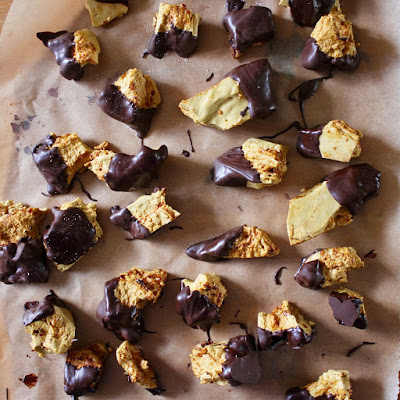 The Melbourne Cup holiday this year was a wet affair.  I had slept in because I was so tired and had no energy to get out of the house.  No fascinators and champagne for me.  Instead we sat home watching telly and making chocolate dipped honeycomb as the rain bucketed down outside. 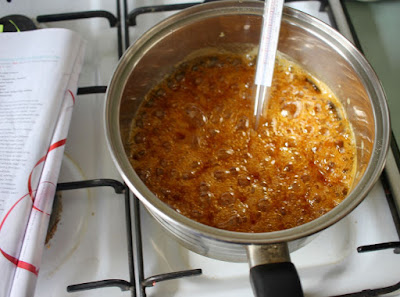 There is something wonderful about spring rain.  (Just listen to the Go Betweens.)  Heavy rains are far more pleasing when the volume of water is so impressive.  Rain pools in every crevice and creates rivulets down windows.  I have happy memories of walking home as a student and being so soaked that there was no point in a brolly.  These days at the end of a dry winter, it is a relief to see a decent rainfall. 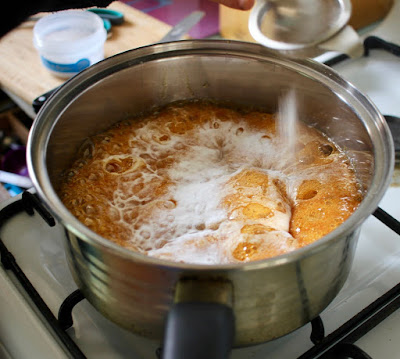 Unfortunately it is not great to look at the weather pages online and see the humidity is 85% when making honeycomb.  I found this when I looked at my last attempt to make honeycomb.  Humidity is the enemy when it comes to honeycomb.  Dry conditions means smooth, crisp, shatter.  Moisture means a sticky mess that melts in your hand not in your mouth. 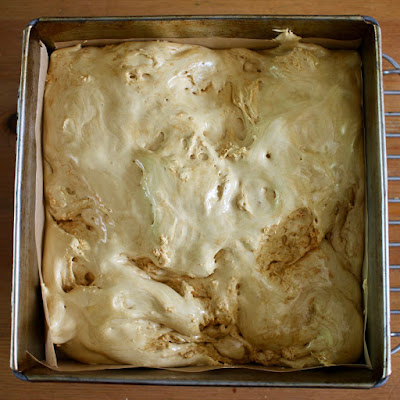 The difference between this time and last, other than that last time I was cooking with a friend in his last days in Melbourne, is that I had a candy thermometer this time and was able to be more accurate about when to remove it from the heat.  This recipe also had liquid glucose unlike last time.  And once I looked at recipe again I am unsure if I added water!

I partly made the honeycomb to use up the liquid glucose, partly to entertain Sylvia, and partly because our Australian version, Violet Crumble is a sentimental favourite.  My dad loved it and we gave it to him for many Christmases as a kid.  I would have loved it even more as a kid if I had had the fun of watching it puff up when the bicarb hit the sugary mixture.  (Though I was a little confused about what it meant by letting the bubbles subside.) 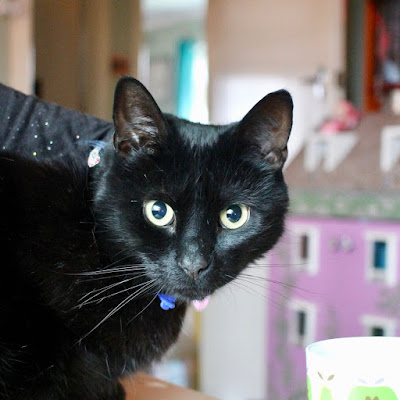 Once the mixture transformed into a hot bubble of honeycomb it seemed a long time to let it cool.  We sat about realising we had forgotten about watching the Melbourne Cup race, took photos of our cat (it is so hard to get a good photo of Shadow because he is black), and tidied and mozied about. 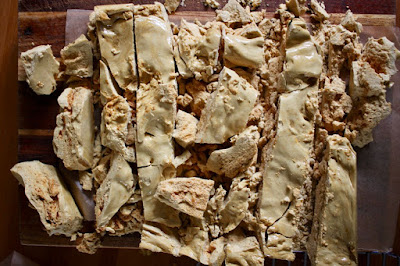 When we cut the honeycomb it shattered nicely but had a few chewy bits.  We melted chocolate and dipped the honeycomb quite easily.  The challenge is to avoid bloom.  The first lot of melted chocolate seemed to set quicker than the second but the first had some bloom marks.  Despite that it tasted fantastic.

I like the suggestion in Coles Magazine, where we found the recipe, that it would make a great gift but we just snacked on it.  It was perhaps too sticky to keep very long.  I suspect this might be a good gift if made in the cooler climate of the Northern Hemisphere or shortly before giving in Australia's warm climate. 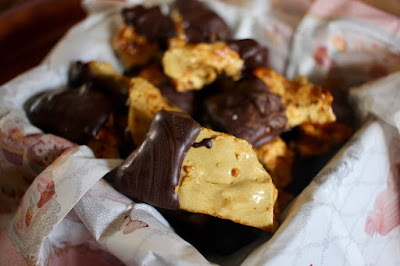 Lastly I want to share a few random moments:

Stir sugar, water, golden syrup and glucose syrup over low heat in a large saucepan for 5 minutes or until sugar is melted.  (I think this took a lot longer than 5 minutes.)  Turn up heat and bring to the boil.  Cook without stirring 10 minutes or until temperature reaches 145 C (this was a lot less than 10 minutes for us) or hard crack stage (ie drop lump in cold water to see if it is hard).

Let bubbles subside (I still don't understand this but am adding it - we let it sit a minute or so).  Sift bicarb soda over the mixture.  Gently but quickly mix bicarb into the mixture and scrape into prepared tin.  Let this cool - it will be a couple of hours.

Once honeycomb mixture is cool, chop into chunks.  Melt dark chocolate (we do this in the microwave, making sure there are a few lumps at the end to be stirred in so we don't overheat it).  Dip honeycomb into the chocolate and leave on baking paper to set.

On the Stereo:
Northern Attitude: The Fall
Posted by Johanna GGG at 23:17