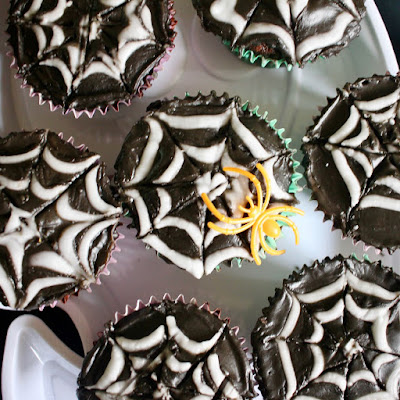 For our recent lunch, we made spiderweb cupcakes.  While talking about ideas for cakes for the lunch, this was the one that stuck.  It was such an easily impressive idea. 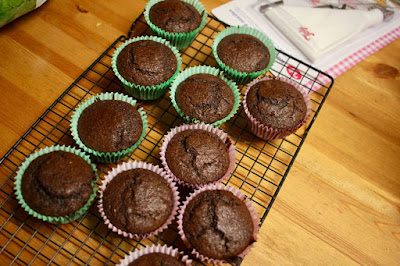 We used our favourite vegan chocolate cupcake recipe from Vegan Cupcakes Take Over the World.  I made them just before dinner and left them out in the backyard to cool while we ate tea. 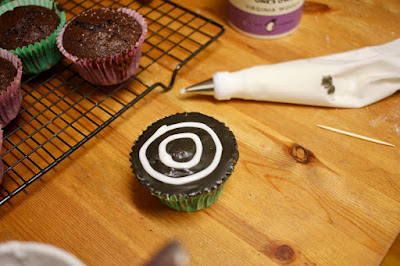 We mixed up some buttercream icing with nuttalex, icing sugar, a bit of hot water and some black food colouring.  Then we made a separate batch of white icing with just icing sugar and hot water.  Butter can make icing slightly yellow so I left that out.  I made it quite stiff so it would keep its shape.  Then we piped it in circles on the dark icing. 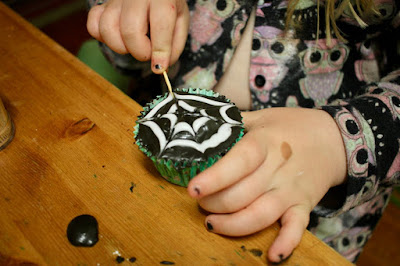 The fun bit was taking a toothpick (or skewer) and drawing it from middle to outside in lines around the cupcake to make it look like a spiderweb. 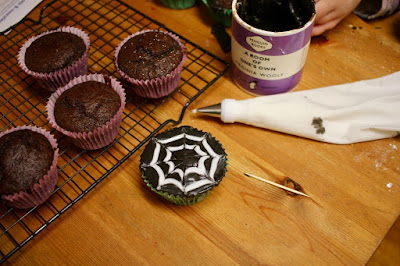 It was late by the time we iced them and I was really glad that the icing decoration was easy to do so I could get Sylvia to bed.  These cupcakes were so easy that Sylvia could ice, pipe and toothpick them herself.  We let them sit overnight and they kept well. 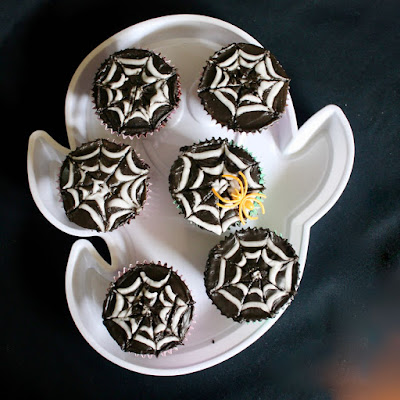 The spiderweb cupcakes went down very well at the lunch though there were some people who did not finish their cakes because they were quite big.  The actual cake in the recipe kept well overnight.  We had a few leftover cupcakes that kept really well and were still fresh 3 days after we made them.  And they looked really cute on Sylvia's ghost tray.