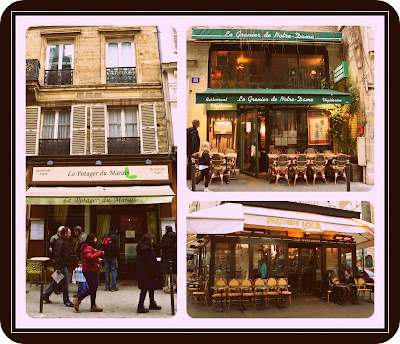 On previous visits to Paris (before the internet took over our lives) I have loved the baguettes, croissants and cheese but struggled to find an impressive meal at a cafe.  This visit I was determined to find a good French vegan meal.  Until last night it seemed an impossible dream.  Fortunately I was very impressed by Le Grenier de Notre Dame. 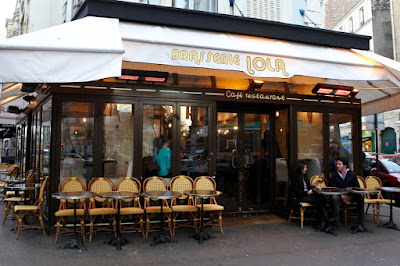 But let us backtrack to Brasserie Lola.  I love cheese but there is only so much of the creamy cheesy French meals I can stomach.  So vegan meals appealed.  A big thanks to Faye of Veganopoulous for helping me doing some online searching.  It was through Faye that I discovered this highly regarded vegan cafe.

The menu for Brasserie Lola was quite overwhelming.  Especially when my French is rudimentary at best.  The waitress was helpful in translating but there are only so many questions I could ask.  Lots of interesting dishes and yet I was drawn to the cheeseburgers with fries and salad.  E ordered the Croque Monsieur and I thought Sylvia would like the hotdog in a bun without salad. 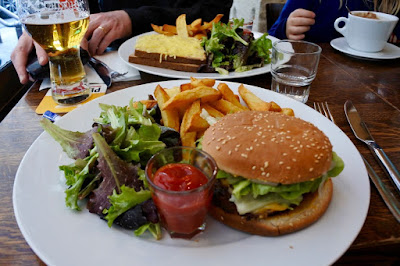 When the meals came it was not a total success.  Sylvia's dinner came with salad and there is no reasoning with a 7 year old who does not want salad anywhere near her plate.  She took umbrage at her meal and barely managed to make her peace with the chips.  Which is a shame as her hotdog was a very nice vegetarian sausage and looked great topped with purple coleslaw.

Unlike E's croque monsieur (a traditional French snack where the ham is in the sandwich and cheese melted on top) which looked underwhelming compared to his gooey dairy cheese version earlier in the trip.  I had hoped for a more melty vegan cheese but he said it was nice. 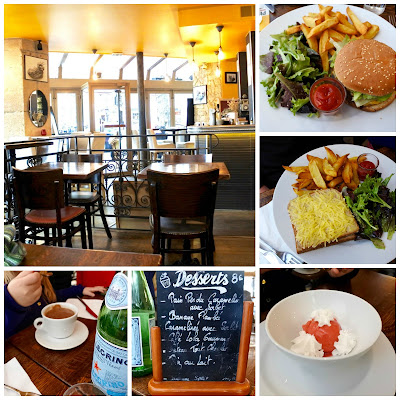 Meanwhile my burger and chips were great.  I really loved the burger - it was quite soft (I think it had tofu and grains and maybe some seitan) which was served on a bun with impressive melty cheese, lettuce, mustard and my own addition of tomato sauce.  The chips were fresh and chunky.  Possibly hand cut.  And I enjoyed the salad though I would have preferred more vegetables than lettuce.

My main problem with my meal was that it wasn't a particularly French meal.  Which is perhaps unfair as I think they do a mix of different cultural dishes (pad thai, pasta etc) and do not purport to be a French cafe.  Sylvia had some berry sorbet for dessert and loved it.  (E said it was served with vegan cream because it was tasteless which I found odd as I have always found dairy cream tasteless!)  She also had a hot chocolate was was lovely.

So overall Brasserie Lola did a great job and our quibbles were mainly due to our quirks rather than the cafe's. 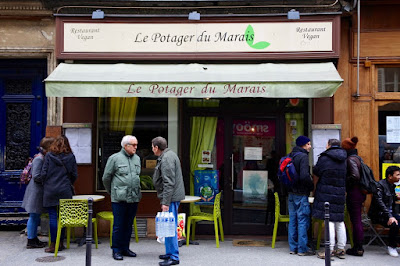 My next outing in cafe meals was a solo visit to Le Potager du Marais.  I found it on Happy Cow.  It is a cute little vegan cafe that was rather busy.  The menu was extensive and I wished for company to share a few dishes.  In the end I passed by the French onion soup and cassoulet and ordered a Crepe de Sarrasin garnie (buckwheat pancake with mushrooms and leek fondue).  No complaints about finding French food.  In fact it seemed quite an old fashioned vegan menu. 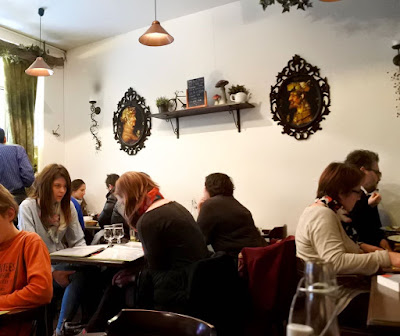 The crepe was a starter but when it came it was huge and had a huge salad accompanying it.  It was ok but not great.  The crepe was nice but the filling was a bit of a mystery.  I had expected a creamy sauce but it was more like well cooked vegies and a little lacking in flavour.  The salad was nice but had an intense spicy mustard sauce that was a bit much.  It took me a while to work out that they worked well together.  And the bread on the side was dry.  Which is a crime in Paris the city of marvellous bread. 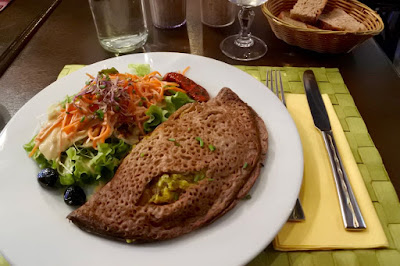 Part of me really wanted to try other meals at this cafe to see if others were good enough to explain the popularity of the place.  And part of me did not want to go back there in fear I would continue to feel disappointed.  Despite this, I was glad to try it.  The room was so cosy and I enjoyed a meal out alone while Sylvia and E rode around Paris in the open top tourist bus. 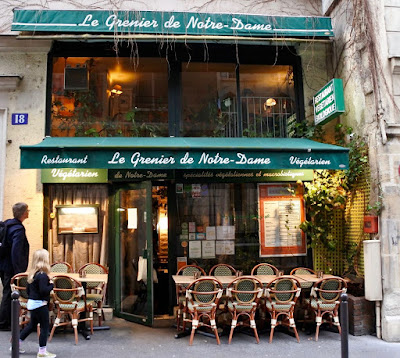 Lastly I chanced across Le Grenier de Notre Dame on Google.  It is actually the same street as Shakespeare and Company (an amazing English language bookshop that I hope to rave about another time).  It was late and we were tired when we arrived.  The place looked cute and the menu was promising.  It was really busy but we got one of the last free tables upstairs. 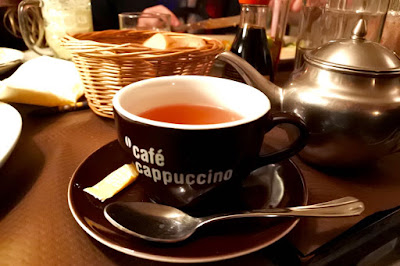 Our waiter was very patient and friendly.  He cheerfully plugged the light back in when Sylvia unplugged it and was happy for us to order plain spaghetti for her.

E and I both chose the L'Assiette Macrobiotique.  This vegan and gluten free meal consisted of brown rice, boiled vegetables, fried tofu, adzuki beans, seaweed, smoked tempeh, salad, and tomato dressing with herbs.  It sounded old school vegetarian in line with the style of the menu. Yet it was one of the nicest meals and one that I really needed.  Everything worked well together and was really tasty without being highly flavoured. 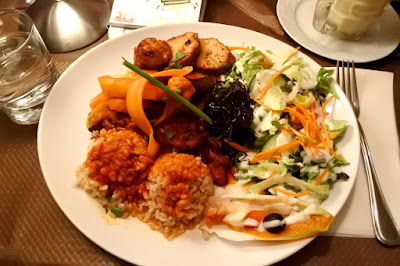 It is the sort of meal you order when you want to treat your body as a temple.  I don't eat so well when I travel so I welcome temple food.  However of all the places I ate out in Paris I think this is the one I feel I would want to go back to again and again.  I can see why Moby names it as one of his top 5 vegan restaurants in the world.  And it was good to leave Paris on a high.

[We are back in Edinburgh and leave in a couple of days so our holiday eating will come to a halt soon though I will continue to post about the holiday when I am home.]