On the Stereo: the soundtrack to my life! 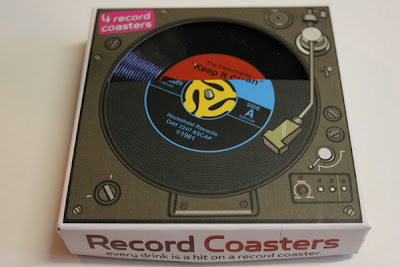 Ever since starting this blog, whenever I write a post with a recipe, I include "On the Stereo" at the end.  I love to have music playing while I cook or while we eat dinner.  We should each have a soundtrack to our life!  I thought it might be fun to write a post about the music in my life.

Music has been part of my life from singing along with a Rolf Harris record, accompanying my sister to K-Mart to watch videos of Wham, living with a New Order obsessed housemate, watching my brother's folk band at Port Fairy Music Festival, participating in Top of the Pops chats while working at the BBC website, making friends in London with Blur fanatics, standing in a muddy field at my first Pulp performance, and travelling from Scotland to Ireland to see a Will Oldham gig. 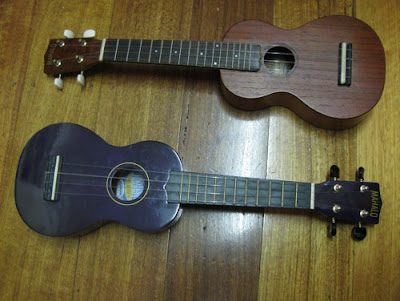 E is first and foremost a musician, even though he now has a day job.  Years ago he had an album released on vinyl.  He goes through phases of listening to different genres which since I met him have included: lo-fi, country and western, blues, Americana, American folk, Celtic folk, industrial, krautrock, electronica, classical, post punk, progressive rock, reggae, funk, psychedelic, turntablism, neo-folk, jazz, ukelele, easy listening and lots more. His tastes are eclectic and account for a lot of what we hear. I love Britpop, folk and indie music, but listening to E’s selection has broadened my tastes. 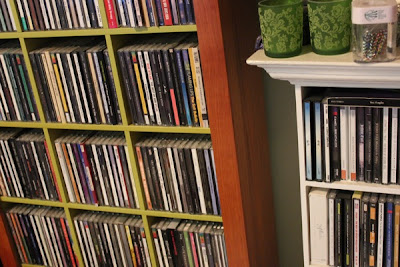 We don't go to gigs as often as we used to but we still love music in my household.  We can easily get into a rut with albums.  Amazing, given that we had over 800 CDs which I did a quick count a year or two ago.  (All my music is on CDs rather than an ipod or digital, though E is more digital savvy.)  On the Stereo' challenges me to listen to more of my albums, and gives me a reason to insist on a change when E has an album on repeat.  It has also given him a great excuse to buy new albums - as if he needs any.  I don't have an ipod or download music from the internet. 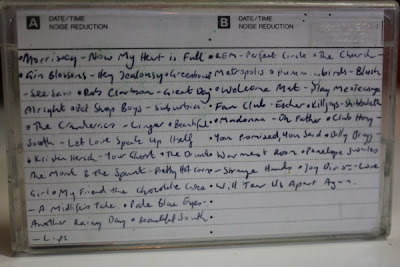 Earlier this year when we drove to Orange, E didn't quite understand my request for driving music, so I spent hours listening to a cassette mix that I made a couple of decades ago.  I was pleased that it still sounded ok.  After all it is the soundtrack to my travels.  Rather than expect you to read my scrawly handwriting, I have typed out the list for those who are interested: 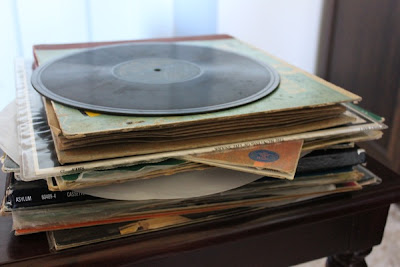 Music is more than sound.  It is also a culture that develops around musicians, bands and genres.  I am fascinated by it.  I love hearing about crazy experiences that music brings to the lives of the stars and the fans.  Here is a snapshot of some musical material culture that has interested me in recent years.  Lists are an important part of music culture so here is my five lists of five.  As you might notice, these lists are eclectic and there are many gaps.  I have much to hear, see and read!

Five phases of music in my life
Not a comprehensive list but it covers some of the people I have been excited by over my lifetime.  I thought of a list of 5 best gigs but it was just too hard to choose.  But many of these bands would be included.

Five fascinating books about music
Since reading music reviews in InPress and Beat street magazines, I have admired how words can be used to describe what we hear, and how the background stories make the music more interesting.

Fantastic films about music
These films illustrate the passion and pathos of both the stars and the fans.

Five entertaining Youtube music videos
I don't spend a lot of time watching Youtube or music videos.  If I had all the time in the world, I would link to videos or audio for each album I mention in my On the Stereo section.  Instead I leave you with a few quirky vids that I shared with my niece Quin recently.  She is a fan of Korean pop which explains the third vid.