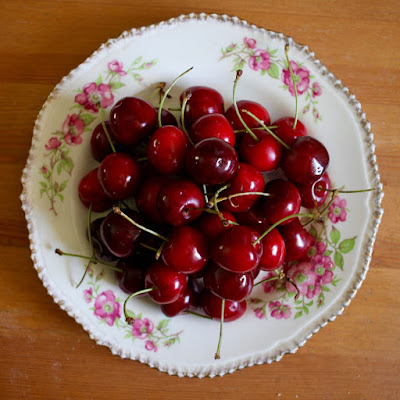 So a new year begins with lots of luscious summer fruit, less baking and some festive treats still lingering.  Above is a plate of cherries.  They have to be one of my favourite summer fruits.  I could devour them by the bucketload.  If only they were cheap enough! 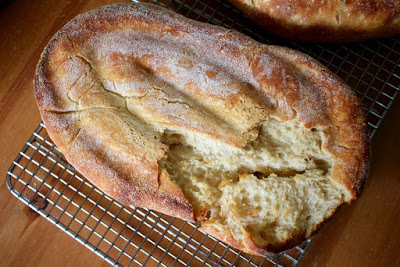 I haven't been baking much bread lately but I made one particularly moist loaf of overnight sourdough.  I should have heeded Celia's suggestion of baking paper for such loaves.  Instead I put in into the heated ungreased and unlined tin as usual.  I had to hack it away from the tin! 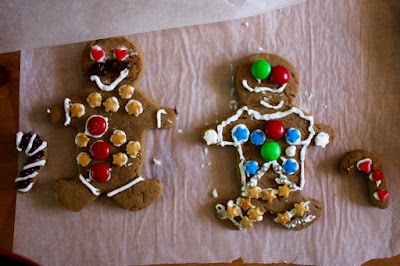 Sylvia had a friend over for a day.  They decorated the above gingerbread men.  I love their crazy eyes.  They were meant for later.  To me that meant for her friend to take home.  To them that meant to eat as soon as I went to have a chat to the neighbour. 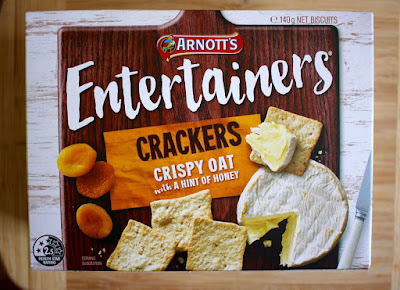 While Sylvia's friend was over we tried these new crispy oat crackers with a hint of honey.  They were a good snack after the girls had been trampolining at Bounce and the slushie machine was not cold enough. 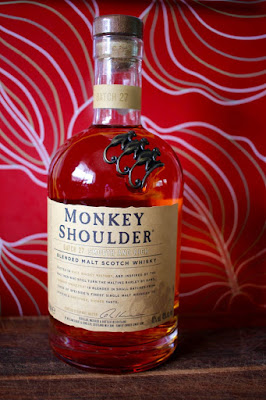 We don't buy a lot of alcohol in our house.  So it seemed quite extravagant to have two trips to the bottle shop.  The first was because we had run out of whisky.  I don't drink the stuff but I like to have it on hand for cooking. 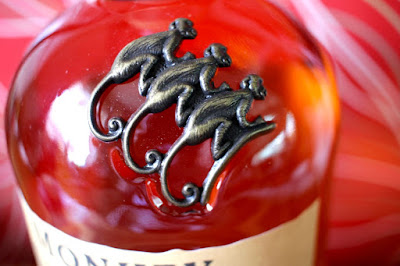 And while I don't drink much alcoholic drinks, when I look at the name and the labels I wish I did.  The monkeys on this Monkey Shoulder blended malt scotch whisky from Speyside are so gorgeous. 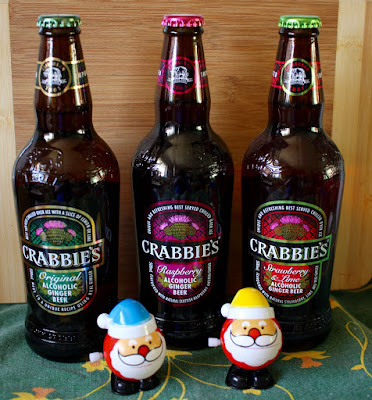 E is quite partial to Crabbies ginger beer at Christmas.  We bought three bottles: original, strawberry and lime, and  raspberry.  They are quite sweet but one glass was enough for me.  I was glad I had resisted a sudden seasonal longing for Baileys Irish Cream while in the bottle shop. 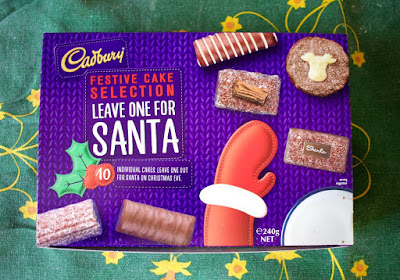 We were amused by this Cadbury Festive Cake Selection with a little cake that had Santa's name on it.  Sylvia insisted it was really for Santa.  I resisted telling her that mince pies were more traditional and tasty.  But like Tim Minchin, while I have all of the usual objections to consumerism, I really like Christmas.  (My favourite song of Christmas was his White Wine in the Sun.  It made me teary thinking of absent family.)

We have also had a few other festive treats from the shops.  Walkers Christmas shortbread shapes, Bundaberg spiced ginger beer and gold covered mini Christmas puddings! 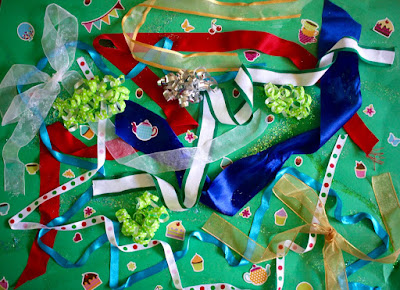 Once Christmas finishes, it feels like the school holidays really begin.  We were watching Mr Maker the other day and he made a ribbon picture.  So we did! 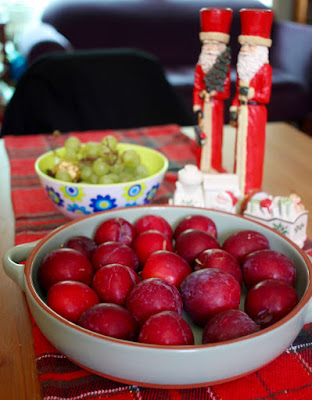 January is a great time for summer fruit.  My brother in law has an abundance of plums from their tree.  We have been loving munching on these. 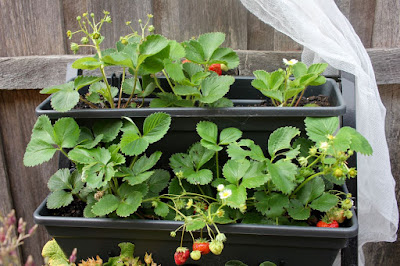 In our own small garden is our strawberry plant.  We got some net cloth from my mum to keep the birds away.  While the plant is not quite abundant, it is producing a nice amount of strawberries.  At first they were pretty mushy. Today I was in the garden hanging out the washing at 5pm (it was one of those days - new glasses, playing card games, a trip to the hardware store) and eating fresh strawberries and blueberries from the garden.  They were wonderful.  Next year we will have to put some net over the blueberry plant as well.  Meanwhile Sylvia and I have a little garden project for the summer that I will share with you when it is done!

Bizzy Lizzy's Good Things is taking a break from hosting In My Kitchen in January but will be back in February (thanks Mae for the update).
Posted by Johanna GGG at 23:01