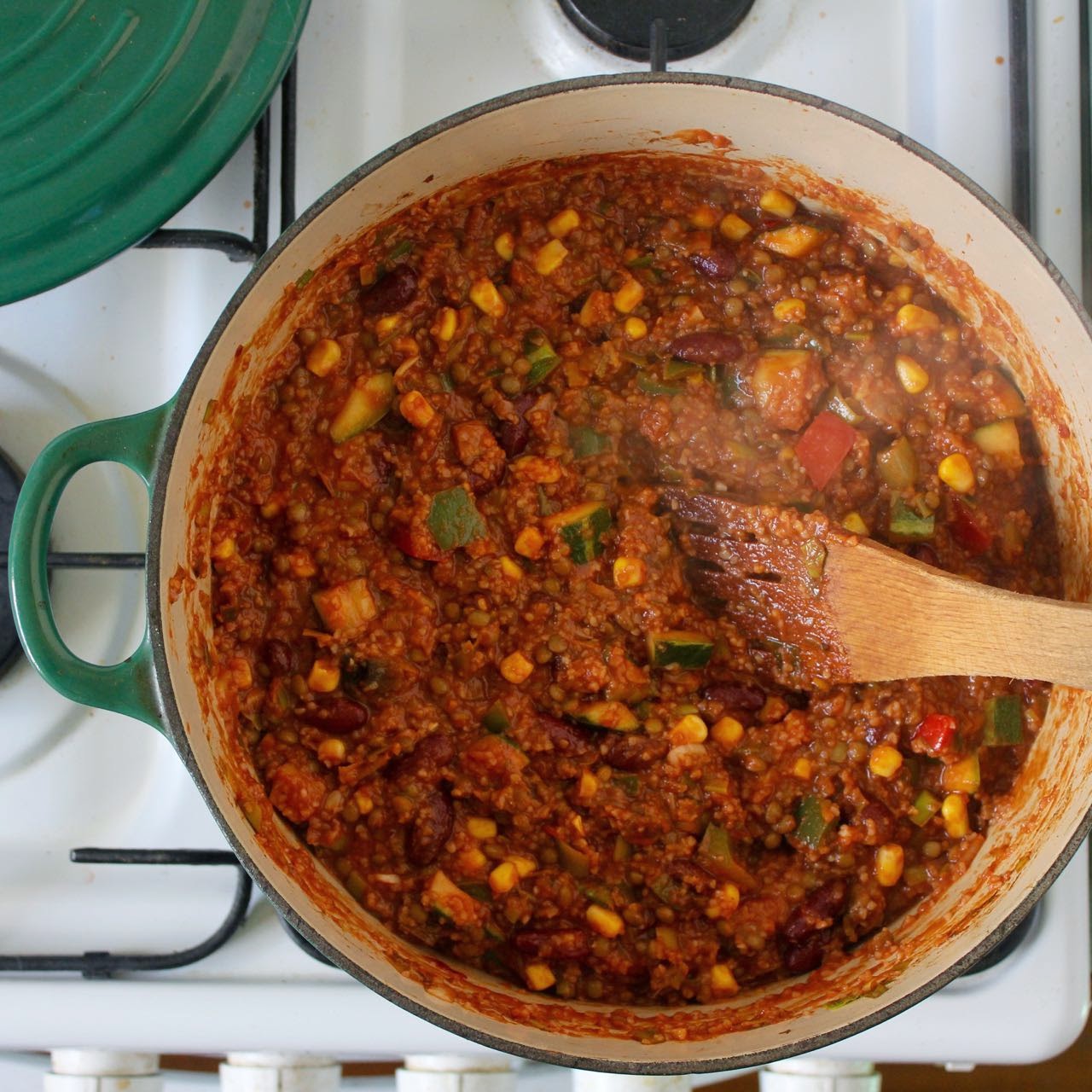 We love Mexican meals in our house because it often means lots of little dishes.  Sylvia calls it take-what-you-want and she loves it because usually she can find something to eat.  E loves anything spicy.  So on E's birthday, I made a big pot of chilli non carne and lots of little dishes around it. 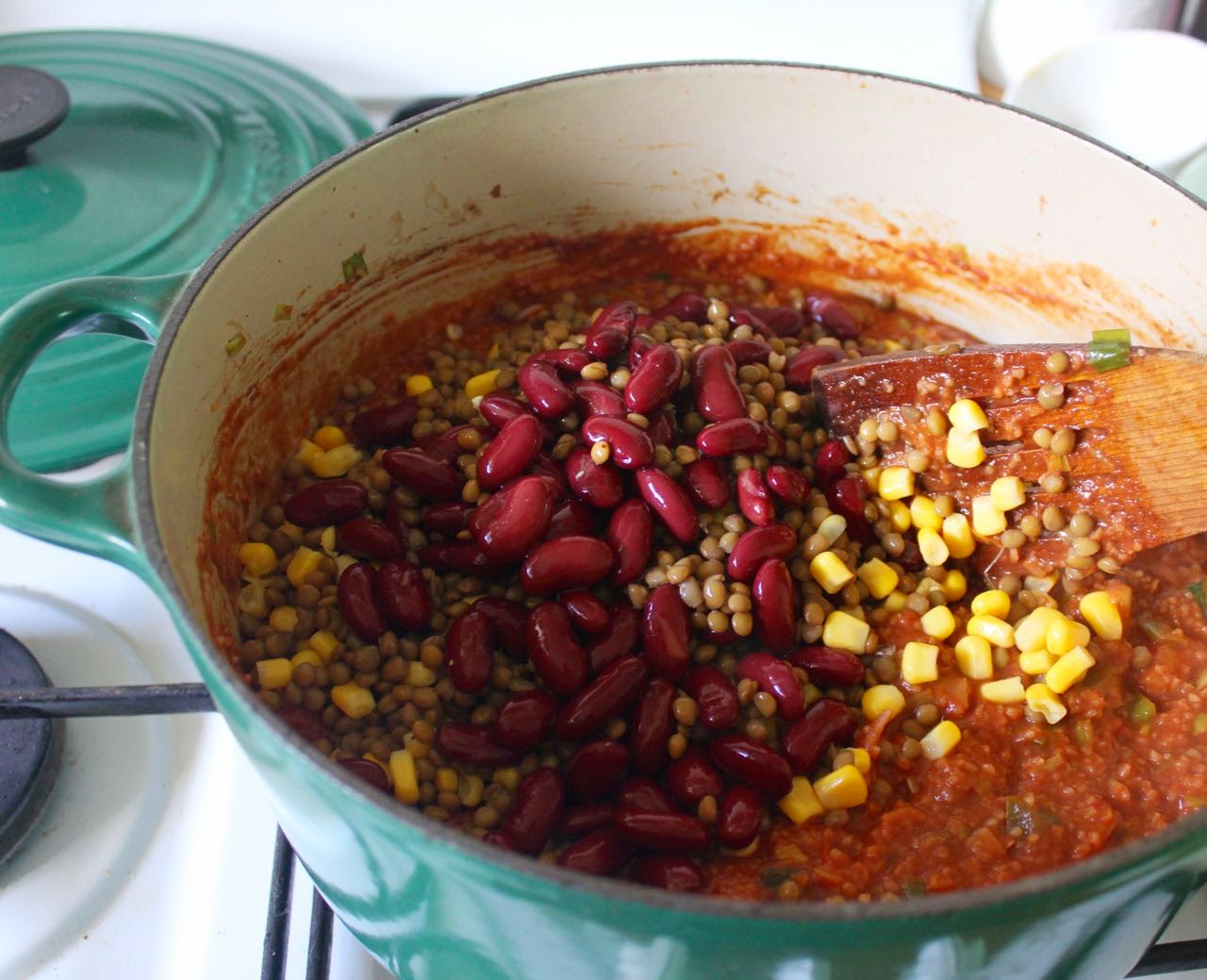 I have posted lots of chilli non carne recipes on my blog already.  Yet I don't have a favourite recipe so I went hunting another.  I found one at the Vegan Recipe Club. It wasn't so different to many other recipes I have shared.  I liked that it had lots of vegies, smoky flavours and the richness of nut butter and cocoa.  I made a few changes based on what I had available but one major change I made was to use bulgar wheat and brown lentil rather than vegie mince because that is not my sort of thing. 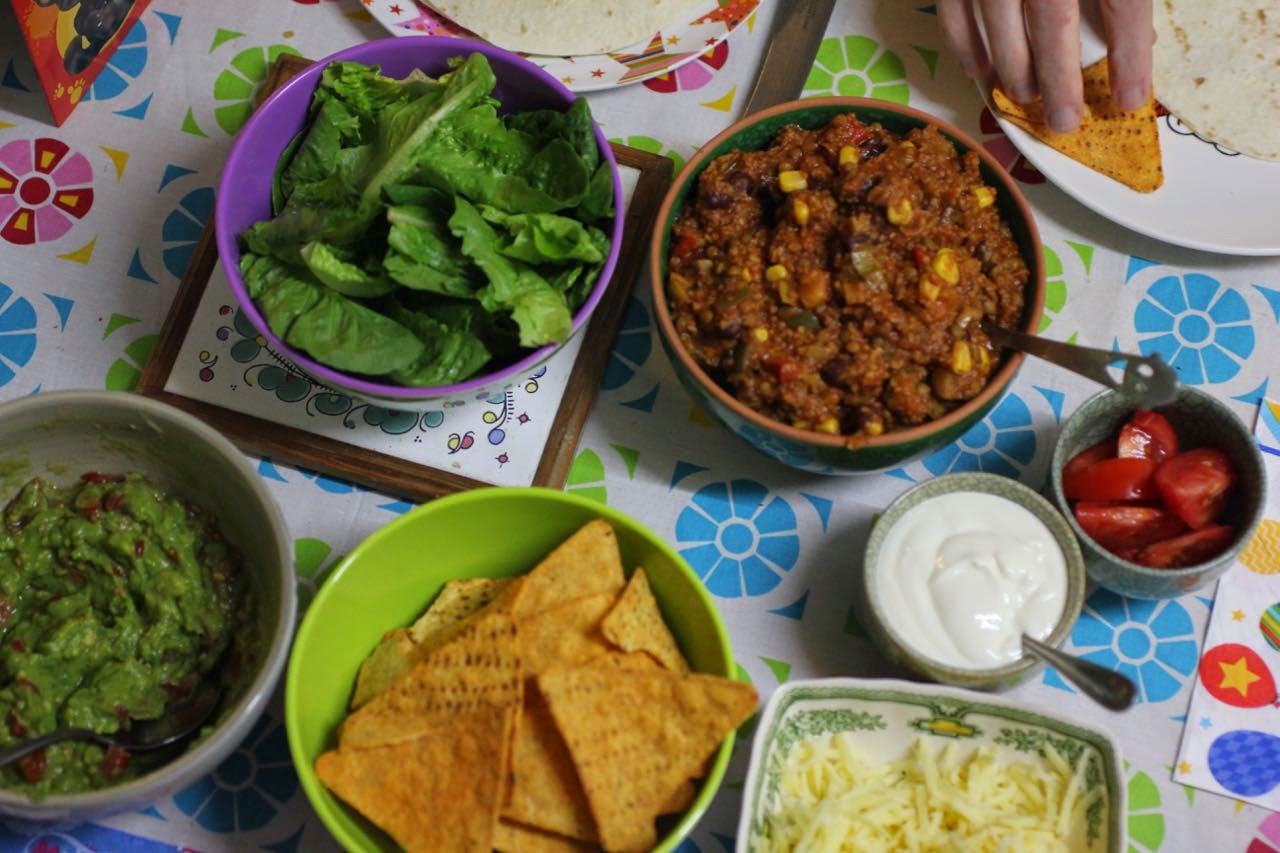 It was a lovely thick substantial stew.  I served it with lettuce, tomatoes, grated cheese, guacamole, yoghurt, tortillas and corn chips.  E was most pleased.  We all enjoyed our dinner.  The chilli non carne lasted quite a few nights. It was also really good with rice and vegies.  Just the thing for a busy week.

Soak bulgar wheat in 3/4 cup of boiling water and set aside.

Fry leeks for 4 to 5 minutes over medium heat in a stockpot.  Add capsicums, zucchini, mushrooms and garlic.  Fry another 4 to 5 minutes or until vegetables are softened.  Stir in cocoa, smoked paprika and cumin for about a minute or until fragrant.  Stir in cashew butter until combined.

Add tomatoes, stock powder, puree, not sauce, chilli paste and soaked bulgar wheat (with any remaining water).  Bring to the boil and simmer for about 10 minutes.  Add corn, kidney beans and lentils.  Cook for about 2 to 3 minutes to warm through.  Check seasoning and adjust to taste.

On the stereo:
Built on Glass: Chet Faker
Posted by Johanna GGG at 22:21