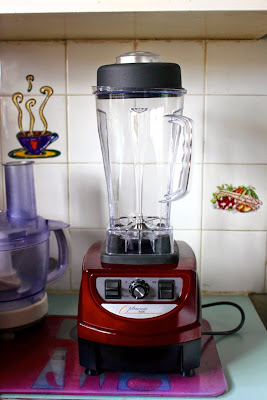 In September last year, I bought myself a new high speed blender.  A Froothie Optimum 9400 blender.  It was a major kitchen purchase and I wanted to write about it once I had used it for some time.  I paid for it myself and love having it, but it has both good and bad points.  I will write about these here for those who might be considering buying a new blender or just interested to know how I am using it. 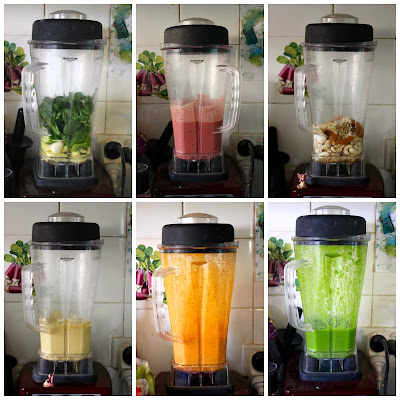 I was keen to buy a high speed blender after burning out the little blender attachment of my hand held blender.  I wanted a blender that would make creamy sauces out of nuts, blend up kale into a smoothie and make smooth nut butters.  After all, I have made some pretty lumpy sauces, grassy smoothies and poor attempts at nut butter in the past. 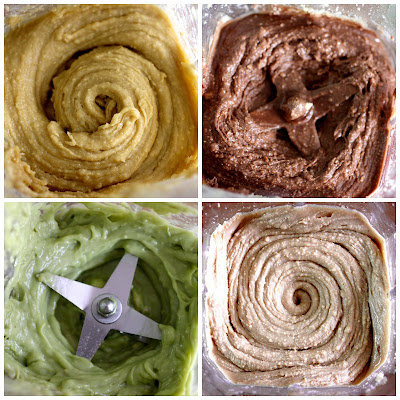 I have found the blender great for velvety smoothies and sauces.  I have had a little more trouble with nut butters and dips which require more scraping down.  One of my first nut butter attempts resulted in me overheating the motor. and having a greasy little knob of cashew butter (which tasted really good but was more cashew candy than cashew butter).  I thought I had ruined my nice new blender.  Once it cooled it was ok.  I checked the instruction booklet and found I should be blending nut butter at a higher speed.  A quick internet search also told me it is easier to blend roasted nuts into nut butter than raw nuts. 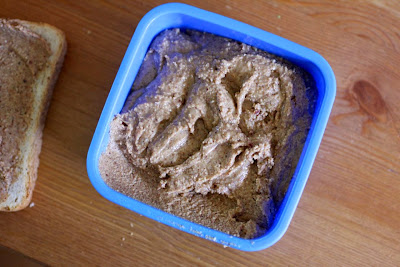 Since then I have made quite a few lovely nut butters (with the tamper).  I have learnt with the blender generally that I need enough ingredients that the blades don't whizz around with nothing to hit.  The thicker the mixture the more likely it is that I need to scrape down the mixture a few times.  If there is enough in the blender, using the tamper to push down ingredients is a great help.  I love that I can make cashew sauces without having to soak the cashews though sometimes I need to add a little water to compensate. 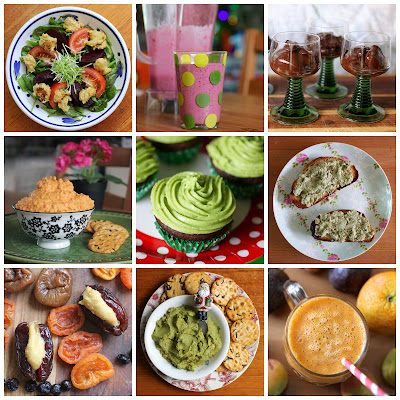 Above is a selection of some recipes I have made with the blender:  From Left to Right here are the links to the recipes (I am particularly excited at how easy it is to make a vegan cheese spread and the Finnish pate): 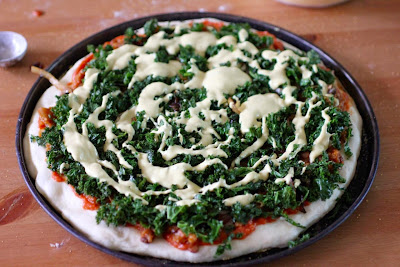 I have made lots of recipes I would not have been so confident attempting without a more powerful blender, though I also still make lots of smoothies that I could easily make with my hand held blender.  Above is a creamy Vegveeta cheeze sauce that I made to bake on a pizza with kale and tomato sauce.  Below is a chickpea and kale sandwich spread that, while a little chunky, was far more blended that my previous blenders would have done. 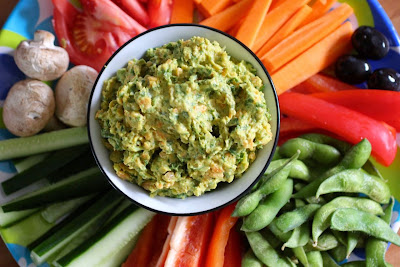 There are some aspects of the blender that I am not so keen on.  There are three controls: an on/off button, a 1-10 dial, a pulse button.  It seems counter-intuitive to have to push the on button up rather than down to start it and quite frankly that button seems redundant.  I don't understand why the instructions say to always start the blender with the dial on low but you also need to hit the on button.  I also don't find the lid easy to take on and off and end up popping it rather than screwing it.

One of my other problems is a double edged sword.  The bottom of the blender, unlike other blenders I have used, does not screw off for washing.  I guess this is for sealing and because the blade is very sharp.  The instructions say to put in water and a drop of detergent and blend.  It is fine for a smoothie but when I make a nut butter I find it is best to soak or needs a lot of blending to clean it.  Even with all the blending there are times I find to properly wipe out the blender.  Especially when it is wet and I want it straight away for dry ingredients but have to wait for it to dry.  On the up side, cleaning the blender this way means it is easy to clean quickly after I use it. 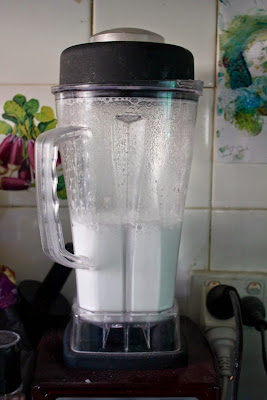 My biggest problem is that I am not confident enough in the blender being completely clean.  This is a big issue for allergies.  I would love to make home made peanut butter but am worried there will be traces left that will get into Sylvia's food and set off her allergy.

Overall I am delighted with my purchase.  It has given me an ability to make foods I couldn't previous and more confidence with recipes.  If I need a nut butter for recipes I can make my own.  I can also put a greater mix of fruit and vegetables in my smoothies (though not pomegranate arils).  I have ground nuts, oats and dried chickpea into flour in the blender.  And I love being able to make such smooth sauces and nut butters.  I use my blender a lot, if not daily.  Thanks to Jac of Tinned Tomatoes for her recommendation.  I would definitely recommend the Froothie Optimum 9400 blender if you are looking to purchase a new blender.

To see what others are doing with their Froothie blenders, check out these recipes: