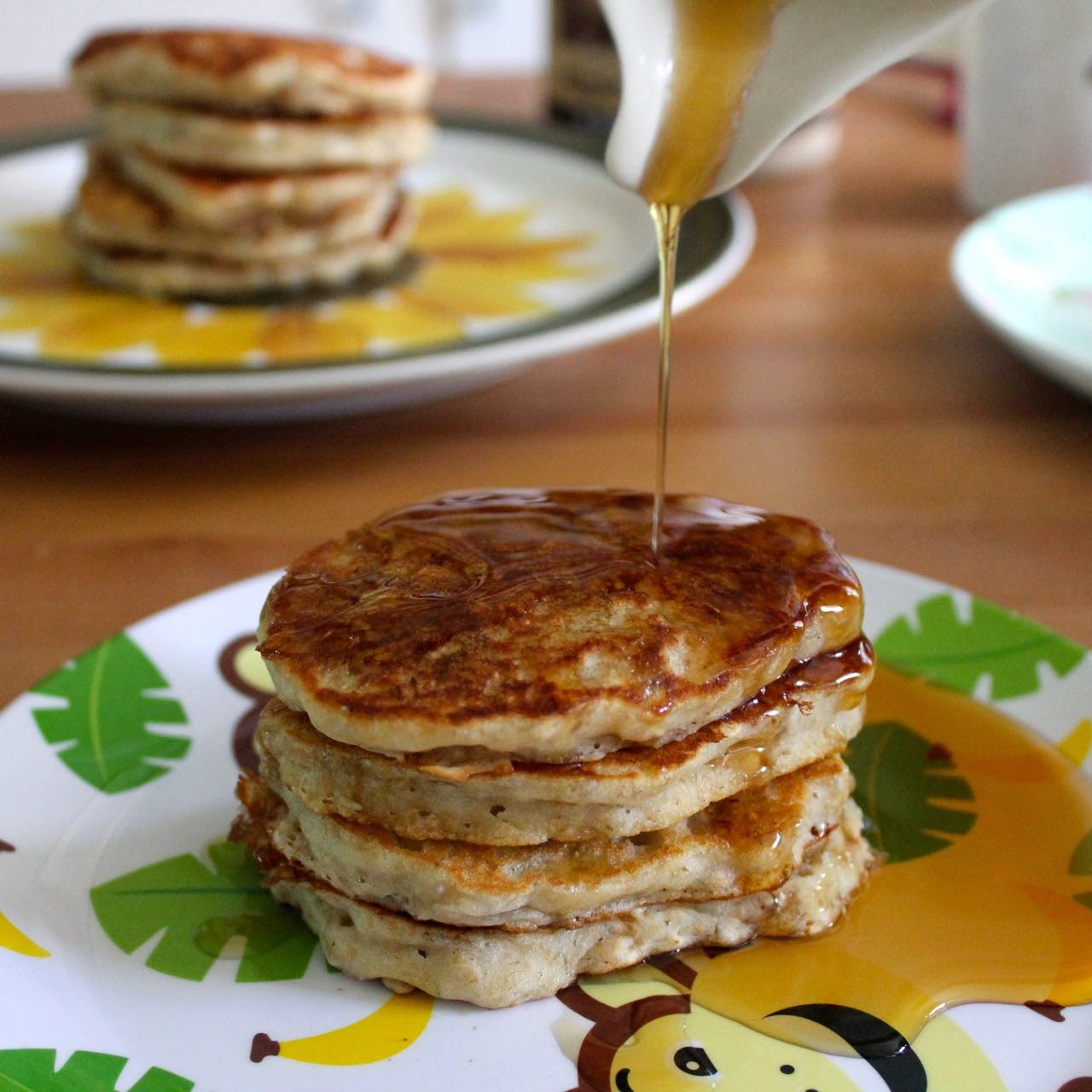 It is Shrove Tuesday and I am hoping to be eating pancakes tonight.  Meanwhile I am sharing our favourite pancake recipe.  I wish I could share more recipes that I make as much as this one.  I actually first blogged these banana oat hotcakes back in 2011 when Sylvia was 2 years old so she has grown up with them.  (We always call them pancakes not hotcakes!)  Last year I started to making a vegan version that I am sharing today. 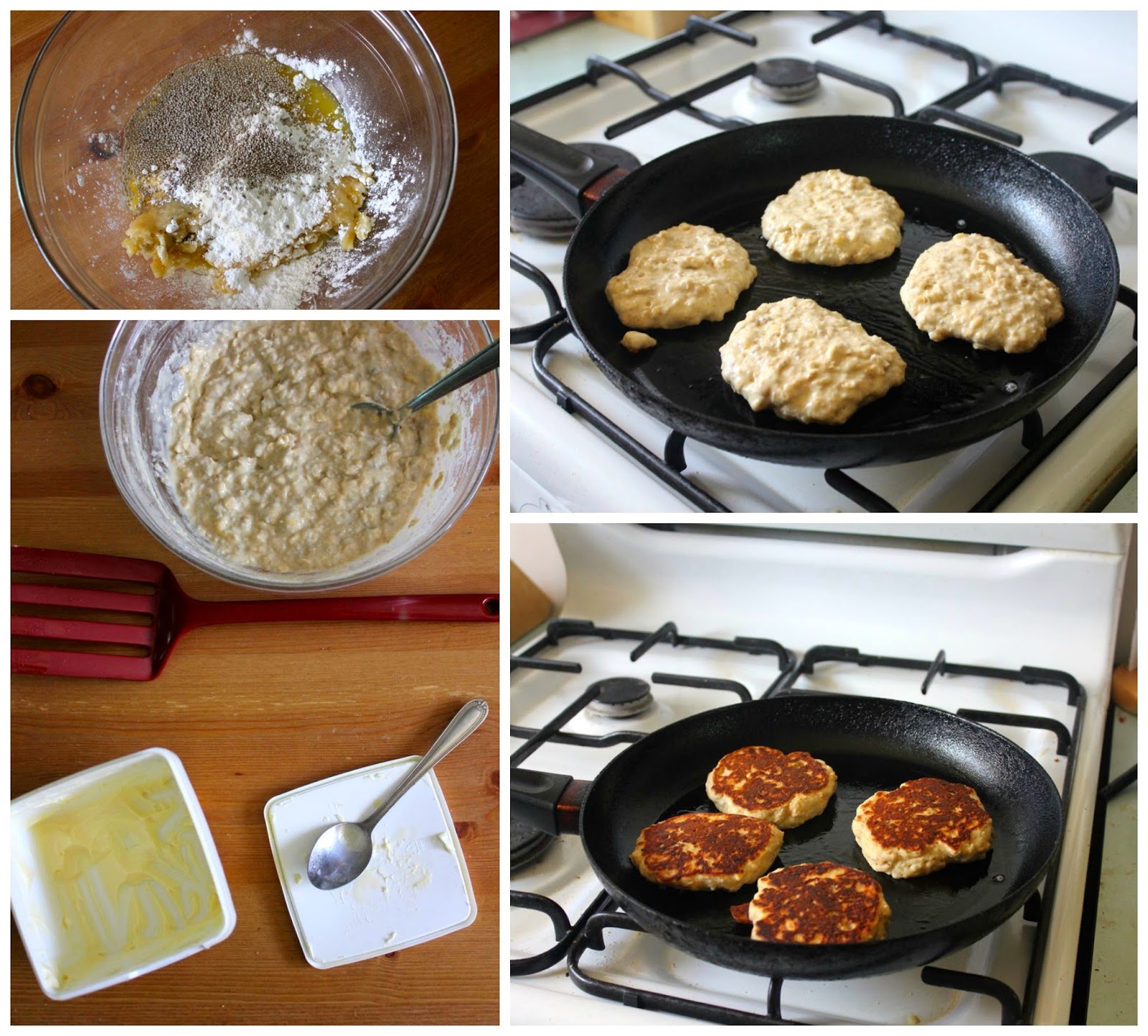 I was inspired to try veganising the recipe again after Vegan MoFo last year.  This challenge to blog vegan food for a month has helped me learn more about veganising foods.  I made so much vegan food we didn't have eggs in the fridge for weeks.  It was a challenge to veganise this recipe.  I tried one vegan version in 2012.  It was too soggy with bananas and flax.  Isa's vegan pancakes made me think I needed more starch.  I turned to a recipe for home made egg replacer.

However I am not vegan and if we have eggs I sometimes make these pancakes with eggs.  So I think it is useful to note that I can barely tell the difference.  The vegan ones are just slightly more fragile but still taste excellent and I am really happy with the fluffy texture.  It is interesting that the photos of the vegan ones are actually more pillowy than the eggy ones. 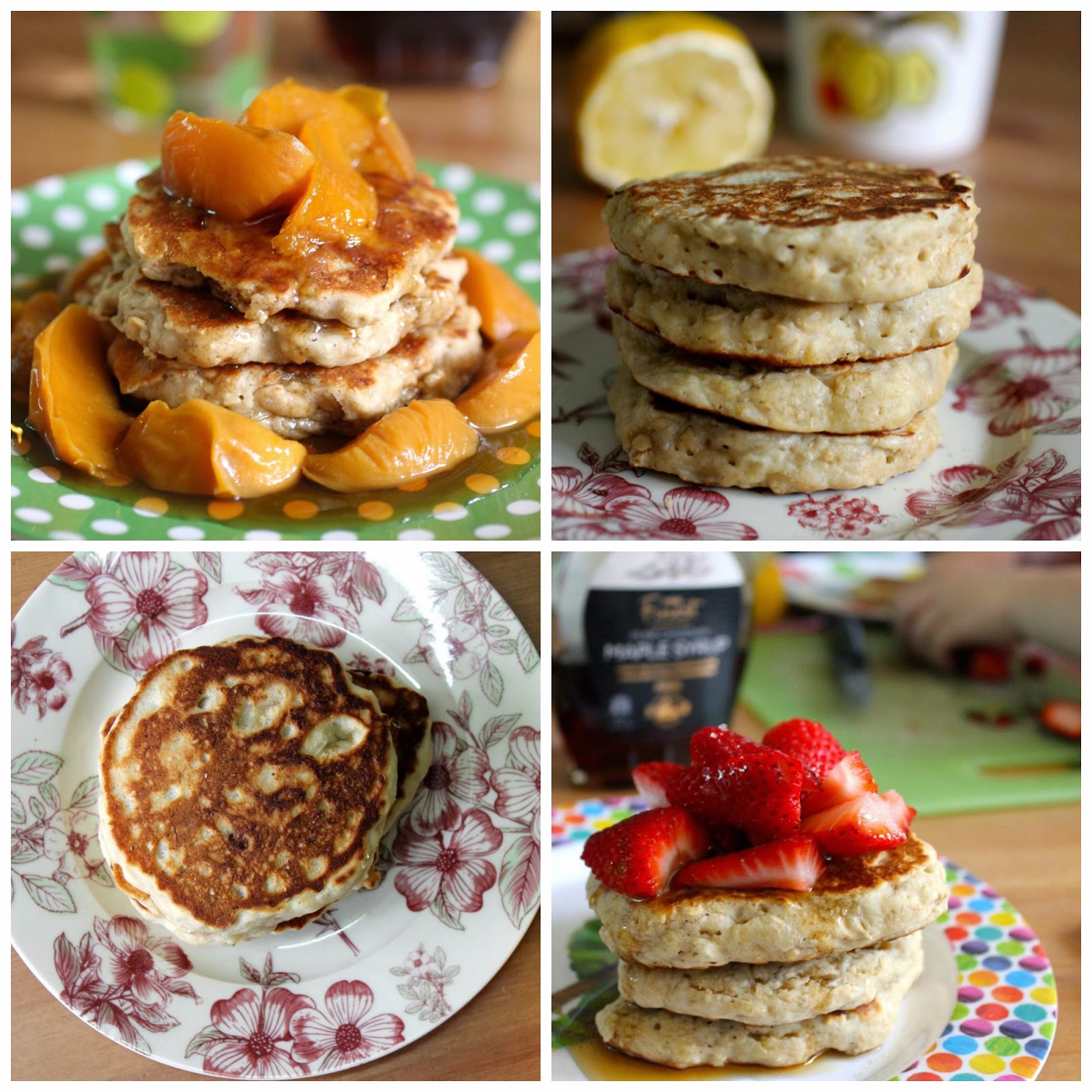 We often make these pancakes on weekends.  Sylvia loves them as a treat and it is a great way to use a manky banana.  In fact now Sylvia loves it when there are blackening bananas because it means pancakes.  She loves to help make the pancakes and my cunning plan is that she will soon rise on a weekend morning to serve me pancakes in bed. 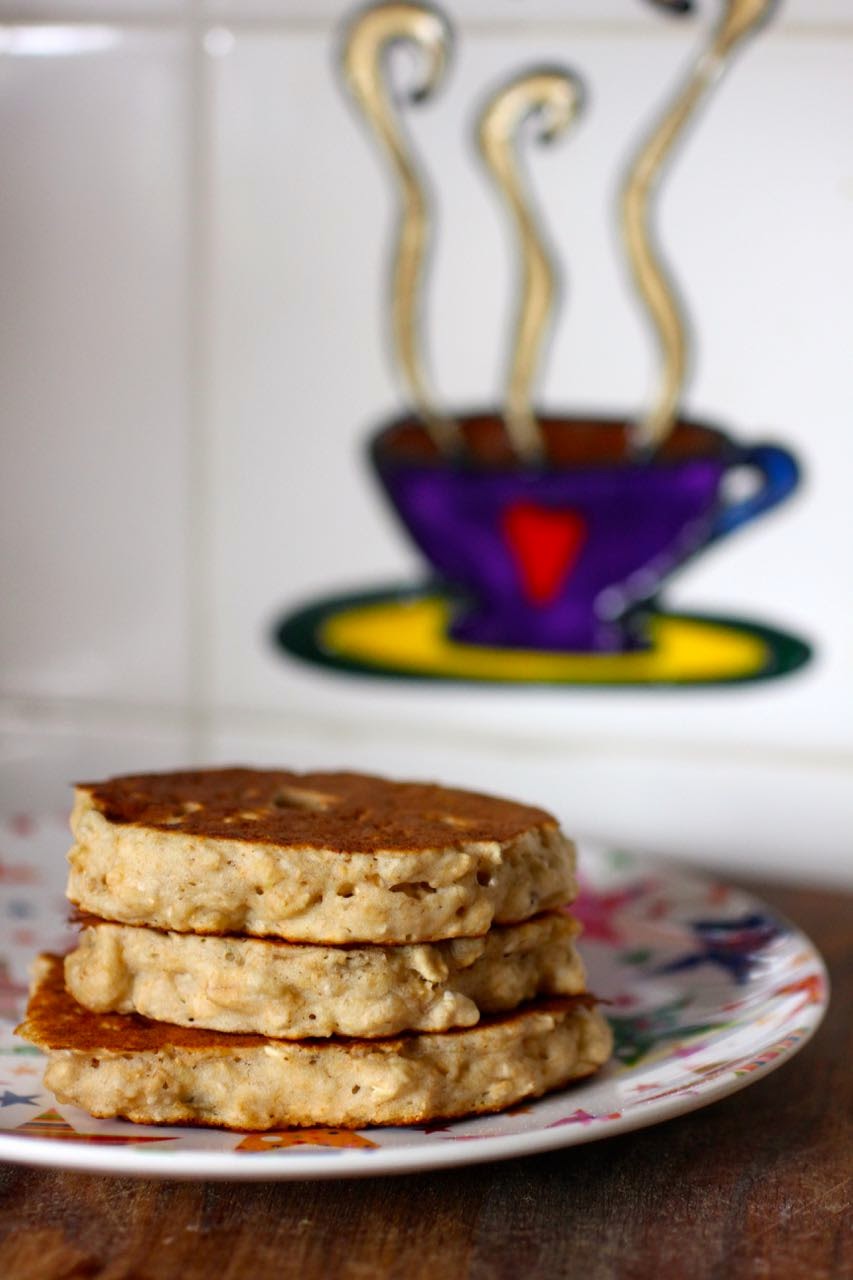 We had these pancakes on the weekend.  Drowned in maple syrup.  The lemons are ripening on the tree so we might be having more pancakes with lemon and sugar soon.  When Sylvia had a few sleepovers on the school holidays these were mandatory for breakfast.  However we did find that her cousin would not eat them because they had banana.  They are not for everyone.  But I can see us eating many more of these in the future. I am sending these pancakes to

Melt margarine and golden syrup together (we do this in the microwave).  Stir in mashed banana, potato starch, tapioca and chia seeds.  Stir in 3/4 cup of milk.  Mix in oats, flours and baking powder.  Add a little milk to loosen it if required.  The mixture should be quite thick but I like to add an extra 2 tbsp of milk.

Heat a heavy bottomed non stick frypan over medium high heat.  When warm, reduce heat to medium.  Take about 1/2 to 1 tsp of margarine and swirl over the pan (I usually use the spoon to swirl it around the pan).  Drop heaped dessertspoons of mixture onto the frypan with about an inch between them if possible.  Fry for a minute or so until a few small bubbles appear.  Flip over (bottom should be golden brown) and then fry about another minute until golden brown on the underside.

Eat warm.  We liked to serve ours with maple syrup or lemon and sugar or stewed fruit and yoghurt.  The pancakes can also be eaten later in the day at room temperature or frozen to eat later.

On the stereo:
24 Hour Party People soundtrack
Posted by Johanna GGG at 11:49