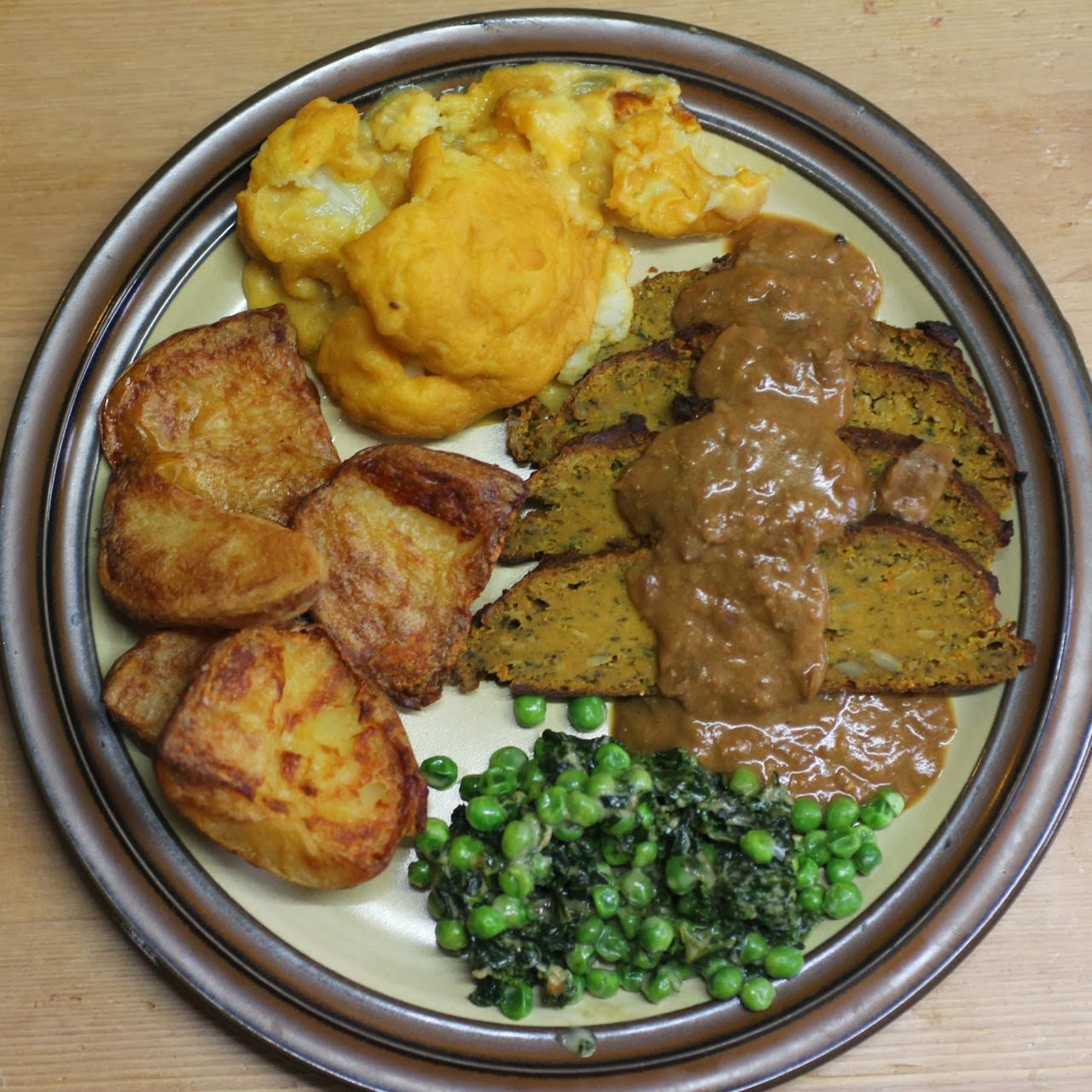 One of my favourite childhood meals is a roast dinner.  It featured in one of my earlier blog posts.  Recently I made one and reflected on how far I have come since then.  The Sunday Night Roast and Perfect Golden Gravy are tester recipes for Ricki Heller.  As is the remainder of the Creamy Greens with Asian Seasoning that I tossed through the peas.  I can't tell you more about them until the book is out later in the year but they are amazing.  The potatoes were roasted with French lavender salt and the cauliflower cheese is vegan.  None of this would have happened in my early days of blogging. 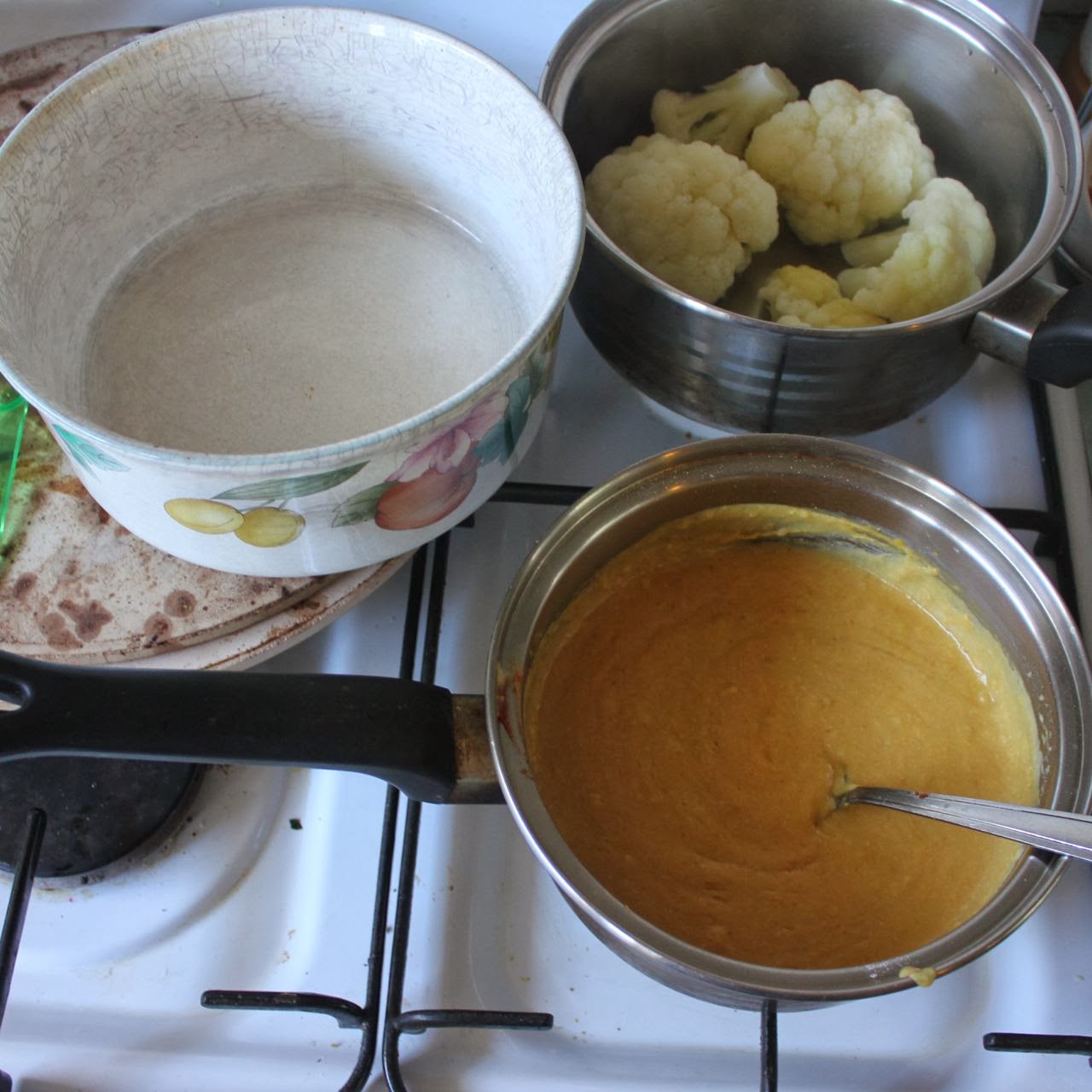 My mum made a lot of roast dinners when I was a child and they usually included cauliflower cheese.  My mum would make a simple white sauce, pour it over cooked cauliflower and cover it in cheese.  Our neighbour two doors down loved the dish and I remember often taking a small warm dish of it to her just before dinner (if she wasn't at our place having a sherry with my mum before taking her share home).

This was the only way I can remember eating cauliflower as a child.  This was before learning how versatile it is.  We called it cauliflower cheese.  We weren't fancy enough to call it cauliflower gratin. 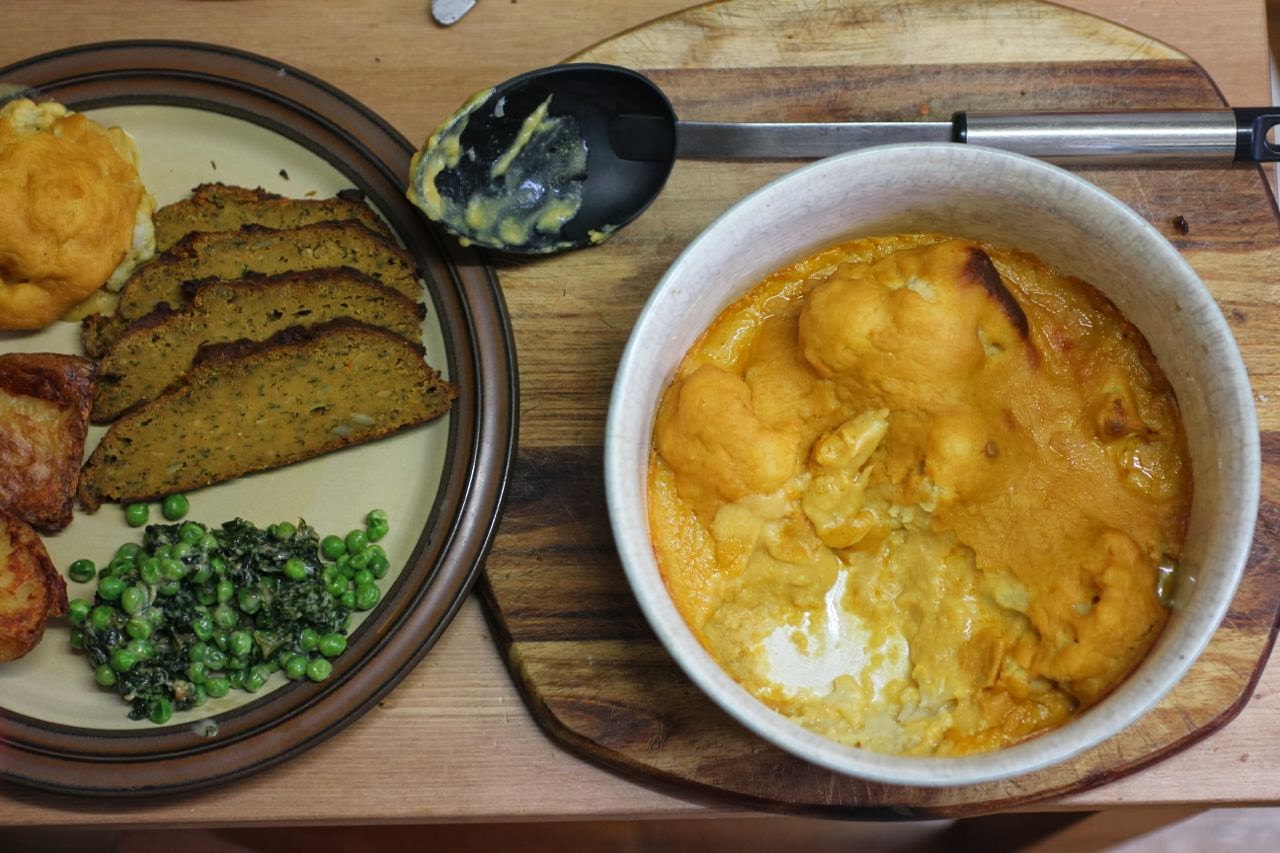 Today if we have a family roast dinner, it will still include cauliflower cheese.  My sister often makes one with gluten free flour.  I still love it as much as I did as a child.  I regret to say that I don't make it as often as I would like to.  Every now and again I crave the comforts of cauliflower cheese.

However I have been reducing the amount of cheese I eat so I thought I would try a vegan version.  I tinkered with another vegan cheese recipe.  It was a bit on the sweet side but it worked really well with the rest of the meal.  E was pleased that it was lighter than its dairy counterpart.  I found the whole meal too filling to finish everything on my plate. 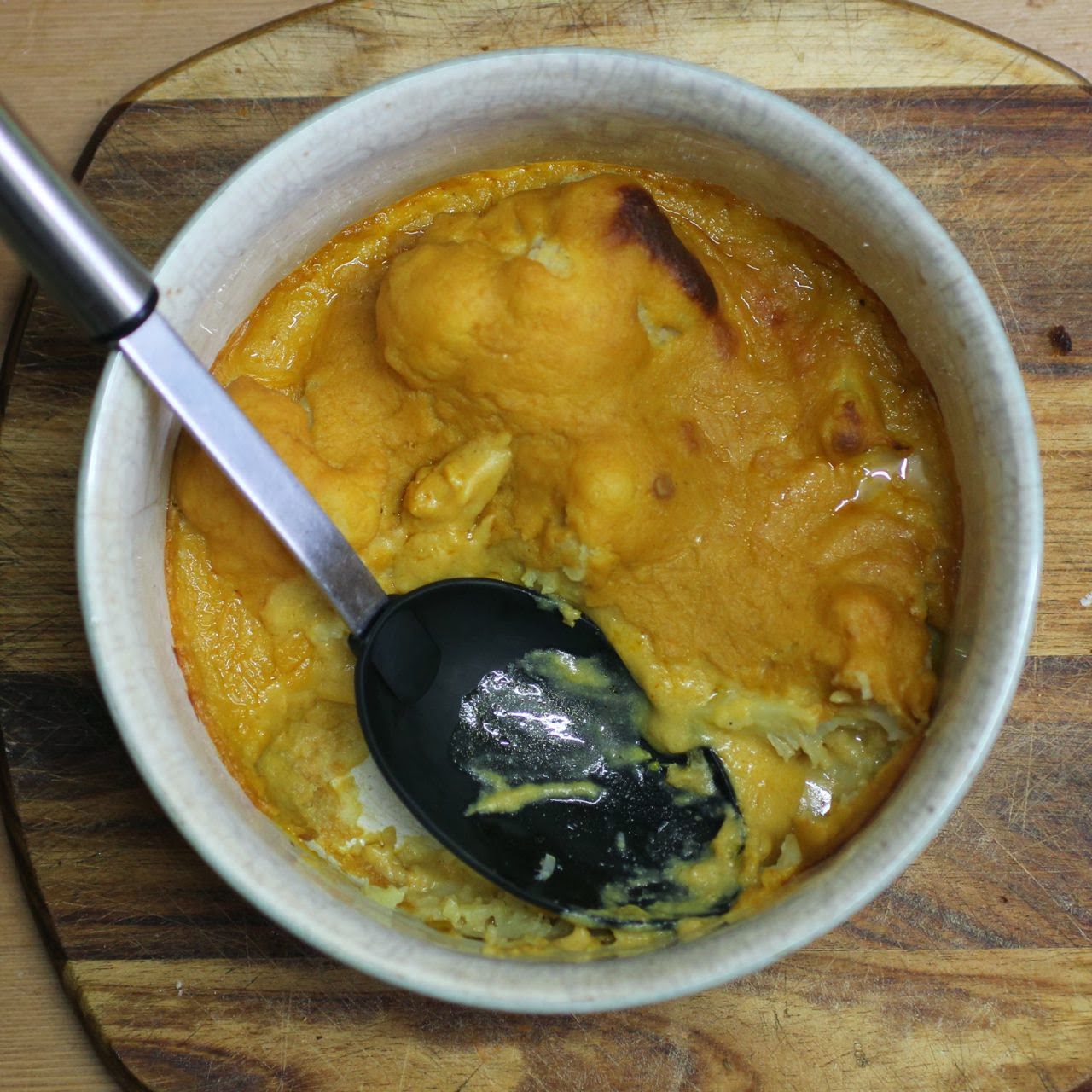 So this is a work in progress.  I have specified half a large cauliflower.  Mine was half a small cauliflower and I could have done with more.  I would continue to tinker with the sauce to give it a bit more punch.  Perhaps more salt and mustard.

A roast dinner is a balancing act.  Balancing flavours and texture.  It is also a juggling act with the dishes in the oven.  I am a bit vague on the cooking time as the cauliflower cheese was added in with roasting vegies and then as I waited to be ready for dinner I reduced the heat for a while.

My mother once said a roast dinner was one of the easiest things for her to cook.  It is not my easiest meal but it is always worth the effort.

Cauliflower cheese
My original cheesy one is here and the vegan cheese sauce inspiration is here.
serves 4 as a side dish

Steam or boil cauliflower for 15 minutes and drain.

Meanwhile make cheese sauce.  Melt margarine in saucepan and stir in flour to form a roux.  Fry roux, stirring frequently, over a low to medium heat until browned. Gradually add milk, stirring to incorporate the roux after each addition of milk.  Add remaining ingredients and cook until thickened (which is usually once it boils).

Place cooked cauliflower in a medium casserole dish.  Pour cheese sauce over cauliflower.  Bake for 15 to 30 minutes in moderate oven or until just starting to brown and has formed a crust on top.

On the stereo:
The Crane Wife: The Decembrists
Posted by Johanna GGG at 23:38