Gingerbread village and other gingerbread 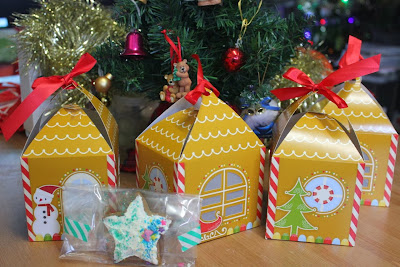 It seems there is quite a lot of gingerbread in my Christmas this year.  As I am under the weather, I thought I would give a quick gingerbread tour, including the Gingerbread Village at the Melbourne Town Hall.  Above are some gingerbread gift boxes we will be giving tomorrow. 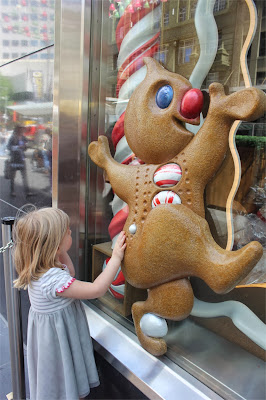 We went to see the Myer Christmas windows a few weeks back.  For the out-of-towners, this is a Melbourne tradition.  I used to go and see the department store windows with their lights and moving characters each year as a child.

These days they seem to focus on a book rather than a theme, which means they are selling a commodity rather than celebrating Christmas.  This year the book is Gingerbread Friends.  The displays were fun but the reading of each page of the book at each window really slowed the crowd down as the queue snaked along past the windows. 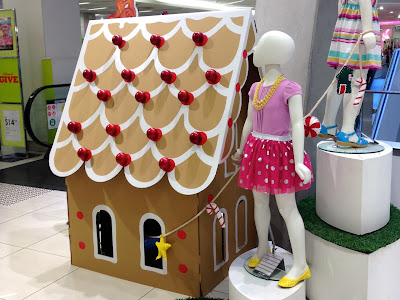 Inside Myer is a gingerbread theme in the children's clothing.  I have seen a picture of a kid with a cardboard box decorated as a gingerbread house on Pinterest.  These cardboard houses look like the sort of thing I would love to make if I had the time and space. 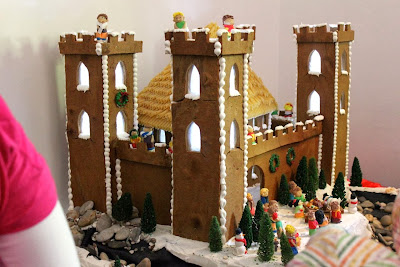 Yesterday Sylvia and I went to the city and visited the Gingerbread Village at the Melbourne Town Hall.  It was both amazing and slightly disappointing.  Amazing because of all the detail, especially in Melbourne icons that I recognised.  Slightly disappointing because it was so much smaller than I had expected.  (What was I thinking!  The amount of work for the display was incredible!) 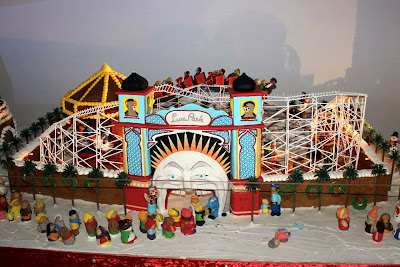 The lighting also was so dim that it made it really hard to take photos.  So dark that I had to use the flash in the Luna Park photo.  (Though not in the other photos.)  Luna Park is a fun fair in St Kilda, a seaside suburb of Melbourne.  The model had the big dipper, the roundabout, clowns and carnival food. 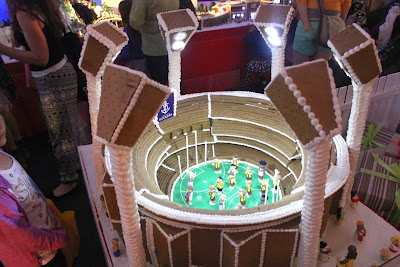 Even more iconic than Luna Park is the MCG.  (The Melbourne Cricket Ground if you want to be proper or the G if you go there a lot!)  How amazing that this gingerbread model included the light towers lit up and the footy players in the middle of a game.  Yes the attention to detail was fantastic. 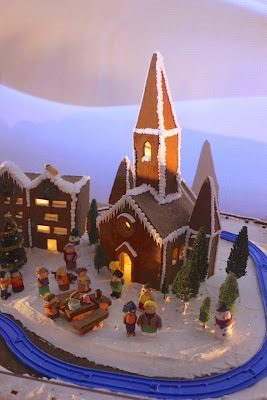 As well as Melbourne icons, there was the generic snowy scenes that are not seen in a Melbourne Christmas but that many of us still think of when we think of Christmas. 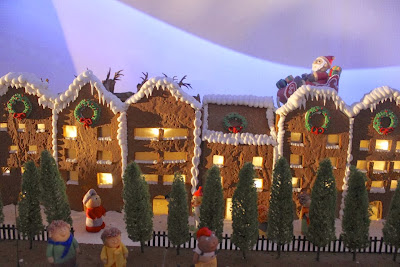 I loved Santa and his reindeer on the rooftops in this scene. 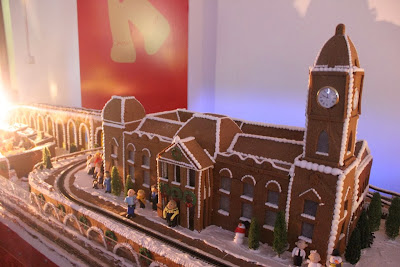 This gingerbread Melbourne Town Hall had the artistic licence of being in the snow and having a train line whizz by out the front.  They would have been more accurate to have trams and tourist horse and carts going by on dusty dry roads.  But gingerbread houses are never about reality, are they? 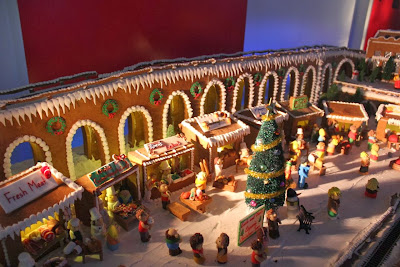 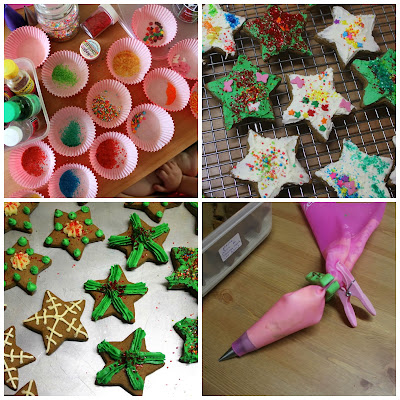 Finally, in my kitchen we have had more gingerbread stars.  Despite lots of fanciful notions about making all sorts of other foodie gifts, I decided to make my favourite gingerbread recipe.  Sylvia had fun with the sprinkles and I tried out a new silicone icing bag.  We are packaging some stars in the gingrebread gift boxes (top photo) and other individual ones into cellophane bags.

So after all this gingerbread, I am hoping that I might make my own gingerbread house this year.  However it depends on the weather and my energy levels.  I hadn't planned on being poorly this week and having the temperature soar to 40 C on the day I planned to bake.  I am still hoping I might mange it.  Stay tuned....
Posted by Johanna GGG at 21:05