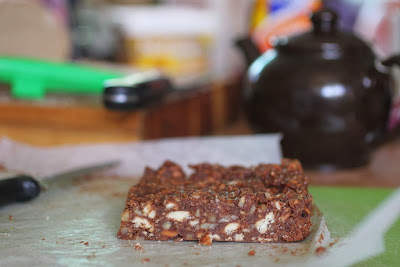 I don't buy a lot of food magazines but every now and again I buy one that is full of recipes I must make.  Take the BBC Australian Good Food magazine of July 2012.  I have so many recipes marked to try and have already tried a few.  One recipe that caught my eye was called Gran's Biscuit Fudge Slice.  Essentially it seemed to be my favourite hedgehog slice without egg and coconut but with lots of walnuts.  It sounded just the sort of snack for a visit to the museum. 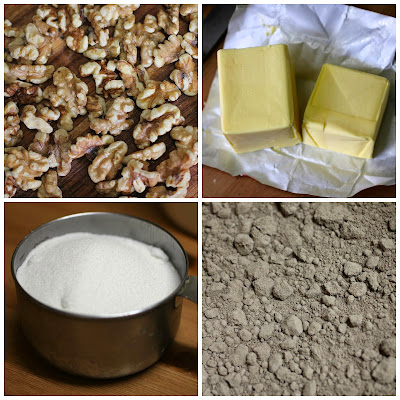 I made the slice on the morning before our museum visit.  It almost didn't get made.  I bought walnuts one day.  Discovered I didn't have enough butter (or margarine as we usually use).  I stopped at a small Middle Eastern shop and found they didn't have butter (but had lovely apricots).  Fortunately there was a more traditional milk bar nearby.  On the morning I made this, I discovered that it needed 2 packets of Marie biscuits and 4 hours to cool.  Neither of which I had.  I made do. 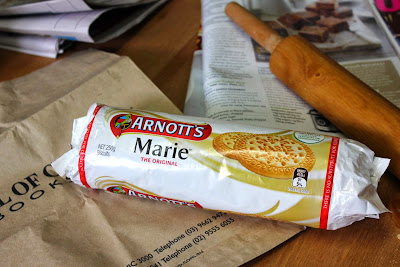 It was quite therapeutic to crush the biscuits the traditional way.  That means I placed them in a paper bag and bashed them with a rolling pin.  The bag came from a bookstore that had threatened to sue my dad many years ago before I was born.  It was s storm in a teapot.  Yet I still found some satisfaction to  bash the bag.  Meanwhile E read the weekend paper and Sylvia created a shop in the loungeroom. 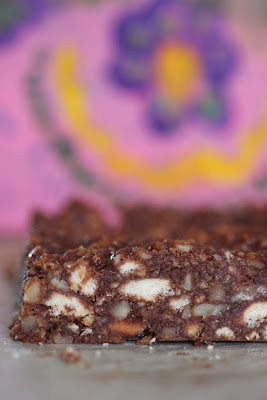 We loved this slice.  So soft, sweet and chocolatey.  I liked that it would be easy to convert to vegan or gluten free if you had the right biscuits and/or margarine.  It is a shame that they are not suitable for lunchboxes at Sylvia's school next year where nuts are forbidden.  I reduced the butter and sugar slightly to compensate for one rather than two packets of Marie biscuits. 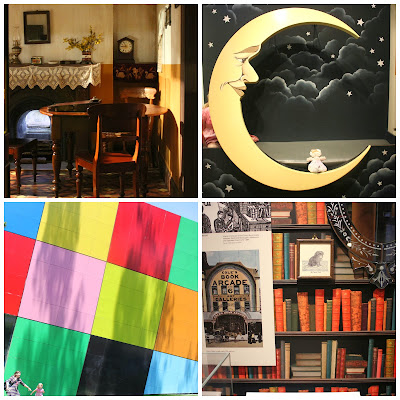 The slice was also great for snacks at the Melbourne Museum.  Here are a few photos of the Melbourne Story.  I loved the houses from Little Lonsdale Street, the cinema photo spot and the Coles Book Arcade.  The colourful photo is of the museum exterior with myself and Sylvia in the corner for perspective.

I still miss the old museum that used to be the other half of the State Library building and now I miss some of the Melbourne history section that has gone, particularly the Neighbours kitchen and the school children's section.  (Ironically I disliked this section when the Melbourne Museum first opened in this building.  Yes I am fickle.)  Fortunately where one exhibition closes, another one opens.  We were really moved by the temporary exhibition, Inside Life: Children's Homes and Institutions. 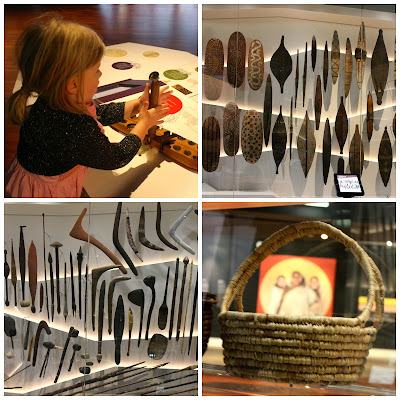 I had also been really keen to see Bunjilaka’s new exhibition on Victoria's first peoples.  It is very well done.  It has some really interesting displays linking Aboriginal and non-Aboriginal Victoria as well as beautiful traditional displays and a great interactive section (see Sylvia having a go at lighting a fire with two sticks).  I was pleased to show Sylvia the photo wall of Aboriginal faces after she came home from kindergarten saying that all Aboriginal people have dark skin.  (It is just not true.) 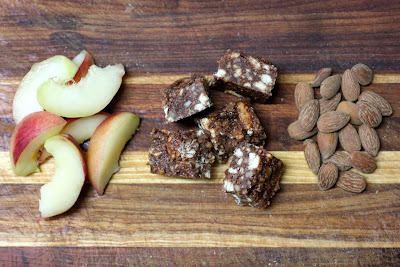 We had originally planned to go to the Museum cafe for lunch but instead we ended up having lunch at East Elevation (a post on this coming up) and taking along some snacks to eat in the afternoon.  I cut the hedgehog into small chunks, chopped some peaches and also packed some smoked almonds.  They made for a very pleasing snack overlooking the rainforest.  We even had a bonus avant garde improv music performance.  That is my sort of afternoon.

Lightly toast the walnuts - I dry fried mine in a frying pan.  Then finely chop them.  Crush the Marie biscuits either by bashing with a rolling pin in a paper bag or using the food processor.  They should still have coarse crumbs rather than be a fine powder.

Mix the walnuts, butter, sugar, vanilla and cocoa in a large saucepan over medium heat for 3 to 4 minutes until the butter has melted and all the ingredients are combined.  Mix in the biscuit crumbs.

On the Stereo:
So Long: The Hollow Men
Posted by Johanna GGG at 22:32