Pumpkin, corn and feta salad and my weekend 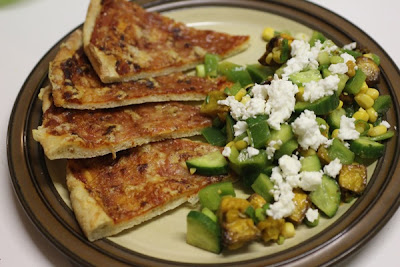 I bought my first ever packet of hemp seeds yesterday.  Then I set about finding some recipes to use them.  I decided to make a version of Angela's Speedy Summer Hemp Power Salad.  I roasted pumpkin, used whatever was in my fridge and forgot to add hemp seeds.  It didn't have much resemblance to Angela's salad but it was tasty.  Before telling you about it, here is a little wander through my weekend. 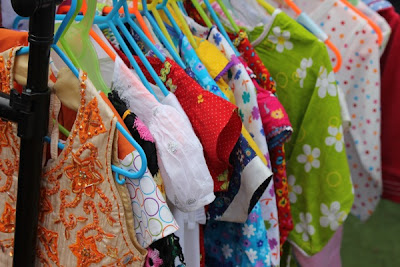 Yesterday we went to Fitzroy Market.  As we boarded the train, I did a headcount and found that Dolly was missing.  E hopped off at the next station and travelled back to find her at the station master's office.  Dolly came along to the market and had her face painted. 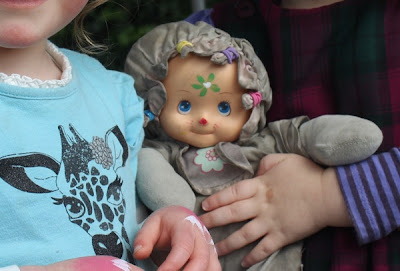 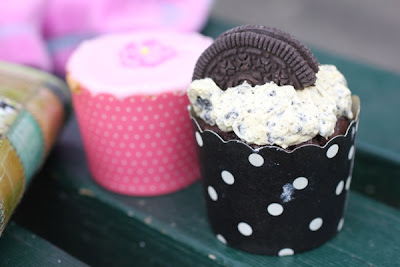 We listened to a choir and the ukelele collective.  We met friends.  Sylvia's friend Amelia came along.  They played hide and seek and ran around the stalls at the speed of light.  I wandered around the stalls with Heather and picked up a few trinkets. 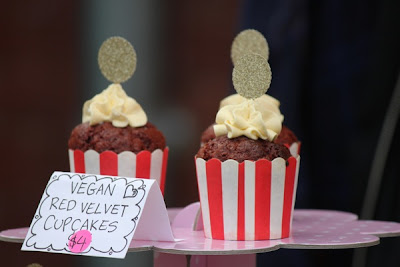 Later we went to Pastry Art Design in Smith Street for a snack with Heather.  I had a chocolate bombolini.  Very nice (though not as good as those at Sugardough).  Then we hurried home for our house has needed a considerable amount of attention this weekend. 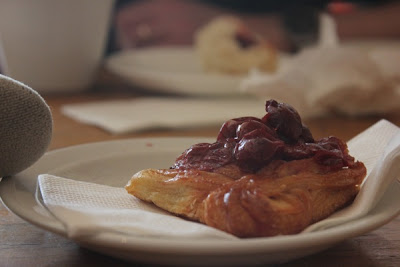 Last night we had to change a lightbulb (sounds simple but not when you have to wrangle with a 1960s fitting that had me heading out to the hardware store for tools) and put together a flatpack set of shelves.  This meant that this morning we could shift around furniture in Sylvia's bedroom and organise her toys in the ever-present quest for more storage space. 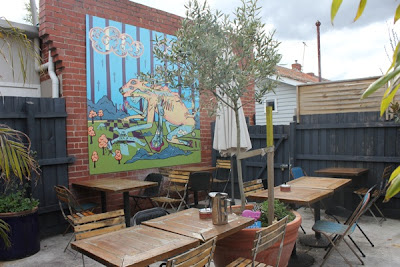 Re-organisation usually means chaos before order reigns.  A lunch break at Little Deer Tracks was just what we needed.  The courtyard with its colourful painting is conducive to relaxing time-out.  I had the carrot and haloumi fritters with tzatziki and an avocado and cucumber salad.  Sylvia had the baked beans and a hash brown.  E had the nachos.  All good food.  As I feared Sylvia was not keen on the home made version, preferring her baked beans from a tin.  My fritters were crispy and puffy but I prefer them more dense.  E loved his nachos, which were rather substantial. 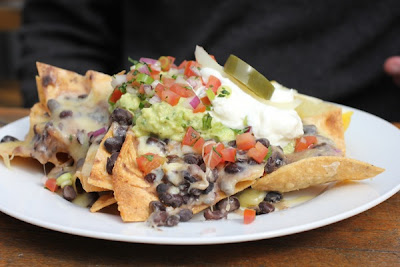 After the big lunch, I was glad to have some leftover pizza for dinner.  It just needed some vegetables.  Last night when I made pizza, we had some vegetable sticks with hummus for an appetiser before the pizza.  Tonight, I whipped up a salad with some old pumpkin and feta from the fridge.  If I had had tomatoes and green leaves, I might have added them. 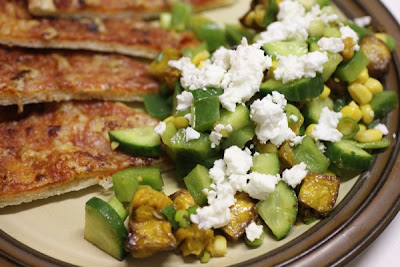 The pumpkin roasted while I cleaned up and E played with Sylvia outside.  I didn't have an avocado for my dressing like Angela so I made up the dressing.  It didn't have quite the tartness that I was after but the spring onions gave some bite.  The salad was put together without much reference to the recipe that I was supposedly following.  Hence my omission of the hemp seeds.  I am looking forward to trying them out another time.

Mix everything except feta.  Taste and adjust flavours.  (I didn't add any seasoning but it may be required.)  Serve scattered with feta.